We've been hearing it for years. "There's no good ______ food in Austin." Austin is all growing bigger, and with the growth, comes opportunity for growing a market for new types of food. For the near and possibly distant future, I'll start bringing you posts on these hidden gems in Austin. Some of them have been around for a while, and some are pretty new. All will offer menus from another country or region that you might be missing.

Very few of these places have marketing programs nor do they focus on an upscale dining experience. The vast majority of the places that I’ll introduce to you are family run with an emphasis on bringing you cuisine that they consider comfort food. Do keep that in mind when visiting these restaurants less talked about. The owners are welcoming you into their home to show you foods that show off their culture and their history.

Additionally, this sparks a conversation that Austin. Growing bigger and developing into a bigger city means being more aware and educated about diversity. Austin does not yet have cultural districts of town like Houston, San Francisco, Seattle, and New York City. And that lack makes it really difficult to be exposed to different cultures, foods, and traditions.

However, before jumping headfirst into learning about the other cultures and their foods, taking a step back to understand the challenges. By now you should have hear about the Pho debacle caused by Bon Appetite. This is one of the best responses to the issue I have read, and it brings up many of the issues that is in the following links.

The first one on my list of hidden gems is Pho Thaison, which has several locations in Austin. My favorite location is the William Cannon and Brodie locations that started serving banh mi’s about two years ago. I am a self-proclaimed banh mi connoisseur having eaten banh mi’s all over the world. 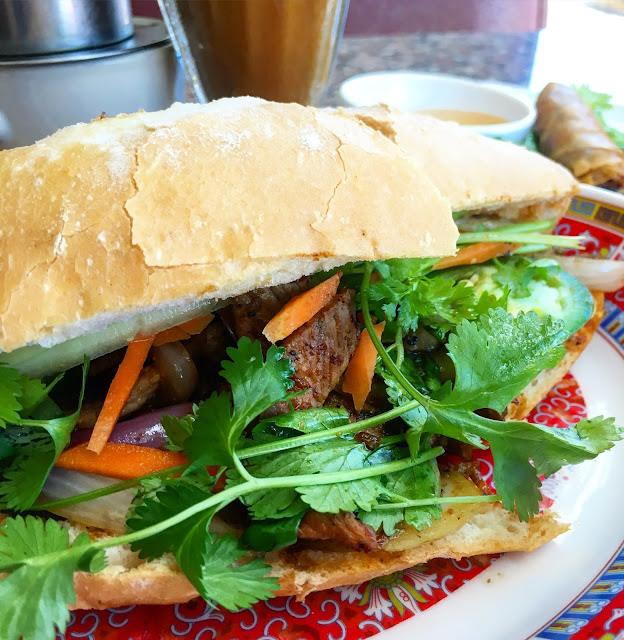 The pork lemongrass banh mi with fried egg roll is one of my favorite dishes. It is my go to dish when I need something fast, satisfying, and to be out of the house. The pork is coming out tender and juicy, and the bread is crusty on the outside, soft and fluffy on the insight. My other favorite dish at Pho Thaison is the pho number 1. It is perfect comfort food on a cold day, rainy day, or just every single day.

There you have it. Hidden gem pho and banh mi in South Austin, TX.
Posted by PookieSoup at 5:00 AM No comments:

When I first start an activity, hobby or professional, I look for a mentor. If I started an activity where I might have to create food for other people, there is no doubt that I would look directly at Thomas Keller. If you’ve read anything about him, he is a tremendous person who can build tremendous chefs. Even when Per Se’s disappointing review was posted, Thomas Keller’s earnest reaction was telling of his character. He acknowledged that the feedback of the review, acknowledged mistakes, and declared that they would improve. 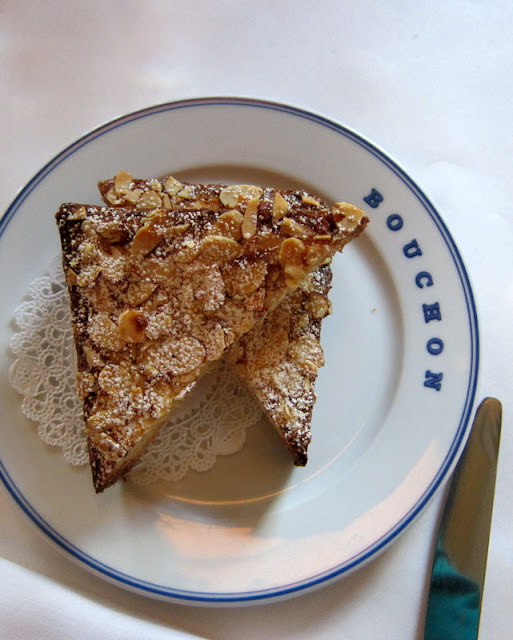 
That is how one gets better. They don’t invalidate the opinions of others. Instead, they absorb the feedback with open eyes. They don’t pretend it didn’t happen. Thomas Keller wrote an open letter to address it.


Here’s a few links to article detailing the Per Se’s brush the the New York Times. Thomas Keller responds with a letter posted on his website and a more recent recounting of what has happened since.  I also happen to love this article on lessons learned while working with Thomas Keller and cooking tips from Thomas Keller.


As Austin’s food scene grows, there’s going to be some inevitable growing pains. I experienced one about a month ago, and the reaction of the restaurant was one that needed guidance from a mentor. I left that experience feeling like situation was handled in such a way that it went from bad to worse to infuriating to getting a shout out on my blog.


Long story short, I ordered a meal for two via an online ordering service for pick up.  When I arrived, I could hear the staff in the background making comments that certainly made it seem like they weren’t the most passionate about their work. The meal was a letdown to say the least. Though the my dish was rich was fat, it was devoid of flavor. The rest of the items were disappointing leaving only the salad that wasn’t offensively bland.


When I was finally able to return to the restaurant, the manager’s response was largely of denial, but clearly their Yelp reviews shows that they have really bad days with a bimodal split. I also have friends who love the restaurant on good days, but they do recognize that it has bad days too. They actually call it the *restaurant name* lottery - are you going to hit the jackpot or get a bad day? They’ve even had the same dish at the same table come out drastically different with one being outstanding and the other being barely edible. Everyone has a bad day, and it seems like acknowledging and fixing the inconsistency would be the ideal plan of action.


My refund was also not without tension. The restaurant and the online ordering service pointed the finger at each other claiming that the other needed to issue the refund. I left the store and was already home when the restaurant insisted that I return to get a cash refund or else take store credit on my next order. It was a 30 minute round trip drive given the flash floods, so I declined returning to the store to leave the restaurant and online service to hash it out some more. I was finally promised a refund back to my credit card. This was nearly two hours after I had arrived at the store, and I’m glad I didn’t waste that time waiting for them to find a solution.

The theme of this post is to be more like Thomas Keller. My situation could have easily been solved with a refund that would take just a few minutes if not seconds to perform. But that didn't happen.
Posted by PookieSoup at 6:00 AM No comments: