Tips in Decorating: Dulce De Leches is a Slippery Slide

I don't make pretty. I just don't have the skills to make beautiful pastries and expertly crafted desserts. I mostly make stuff that tastes pretty yummy. You might notice that I have basic piping skills. I can handle decorating cupcakes as I can always cover the frosting with a cookie, rose petal, or some other topping to cover up my less than precise decor.

In this post, you'll see the not so pretty bordering on cakewreck material. I am okay admitting this mistake.

For a birthday of a dear friend, I decided to make a dulce de leche cheesecake sprinkled with smoked salt. On the morning prior to cheesecake delivery, I thought I'd go ahead and apply the dulce de leches and line the outside with some Bailey's Irish Cream whipped cream. The decorating went well, and I put the cheesecake back in the fridge. 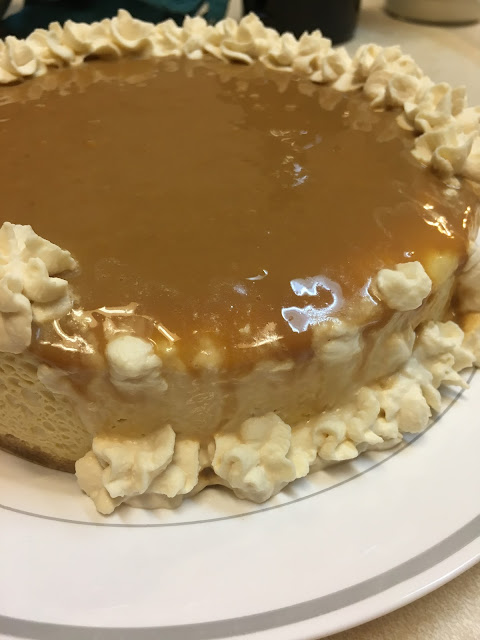 An hour later, I found a horrifying photo. The whipped cream decided to take a ride down the side of the dulce de leches and descend to the bottom of the cheesecake.I tried careful transplanting them back to the top of the cake, but I was unsuccessful in fixing the sweet dulce de leches slide.

So I did the only thing there was left to do, just put whipped cream around the entire cake. It wasn't as elegant as I desired, but at least it was somewhat presentable. 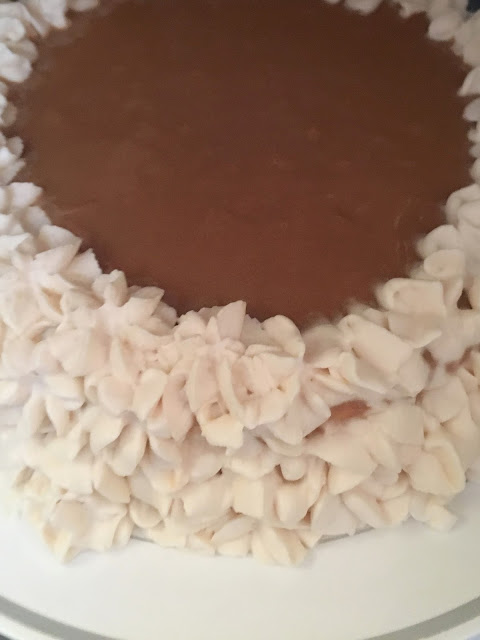 Posted by PookieSoup at 6:00 AM No comments: