Posted by PookieSoup at 12:31 PM No comments:

The World of Cheese with Juliet Harbutt

Posted by PookieSoup at 7:16 AM No comments:

My inner foodie dreams had come true.  Not only was I going to attend a dinner and cocktail pairing with St. Germain Elderflower liqueur at Fino, but I was also going to provide the dessert.  Chef Jason Donoho and Bill Norris presented a fabulous dinner and cocktail dinner, and Richard Arebalo did a wonderful and thorough write up.

Two of my favorite dishes from the dinner were the scallop crudo with grapefruit and lavender and the pork belly confit with seared foie gras and julienned apples over smoked potatoes.  The scallop crudo was simply amazing.  With sweet and citrus notes paired with the light fragrance of lavender, the dish was to die for. Yes, I want that as part of my last meals. This dish also inspired me to top grapefruit with St. Germain Elderflower Liqueur.  The pork belly confit with foie gras and apples was also intense, rich, and well balanced.  The potatoes were amazing.  As an ordinary root veggie, the potato is usually a filler food, a side dish, something that we generally kick to the back of our minds. Not these potatoes though.  With smokey goodness, Chef Jason's smoked potatoes can hold their own.

The dessert I provided is a very special to me.  I first tried an ispahan cupcake made by Deverah Otten at Cupcake Meetup 2.0 at SXSW 2009.  One bite, and I was in love.  Ispahan is a classic French combination of lychees, raspberry, and rosewater created by Peirre Hermes.  I worked on my tipsy ispahan (boozed up version) recipe for several months only to think "This needs something."  I chatted about my problem with the extremely knowledgeable Bill Norris, and he introduced me to St. Germain.  I'm very honored that I got to share my favorite cupcake at Fino.  The cupcake is Amaretto cake, brushed with rose water, filled with lychees and raspberries, topped with St. Germain Swiss buttercream, and garnished with a fresh rose petal.
A big thank you to Fino_Austin, Chef Jason Donoho, and Bill Norris for having us over for dinner.  A big thank you to Bryan Townsend from St. Germain making it happen.  Don't forget to read Richard's in-depth write up of the dinner. 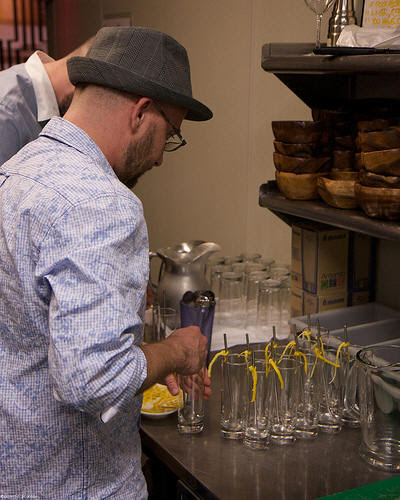 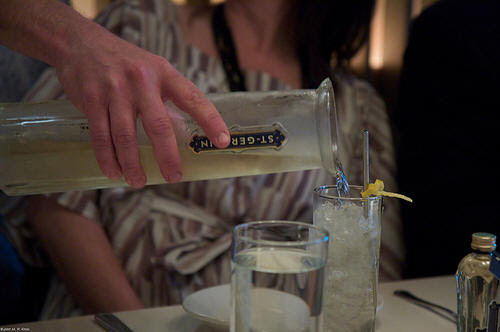 Pouring of the first drink. 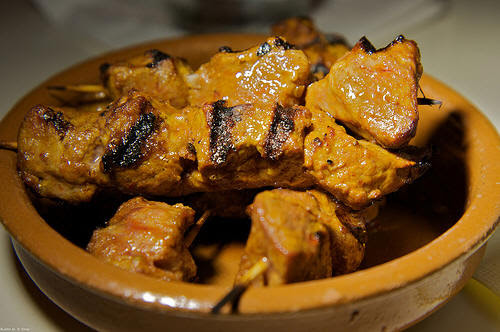 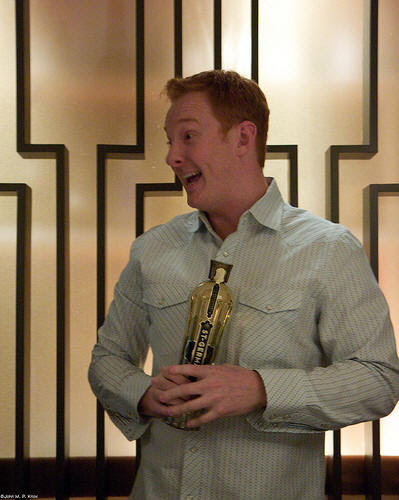 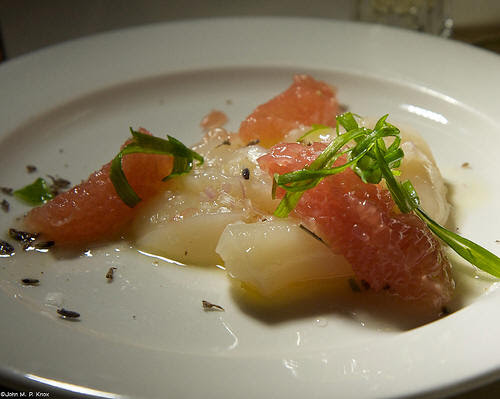 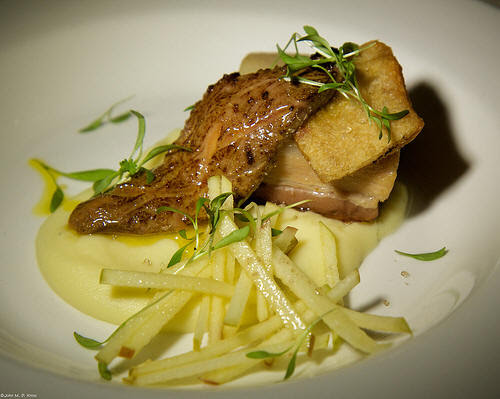 Bill teaching us about St. Germain. 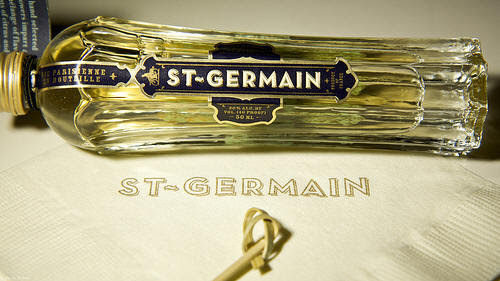 Pretty bottle for a lovely drink. 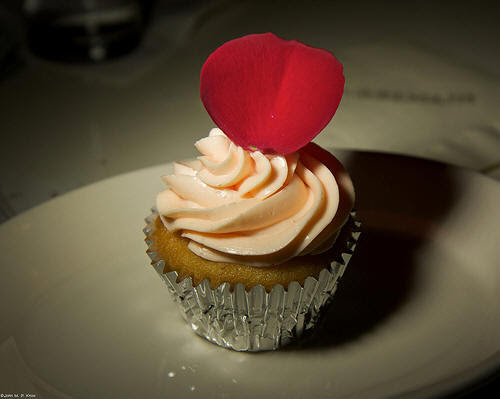 The Tipsy Ispahan.
Posted by PookieSoup at 2:23 PM 2 comments: 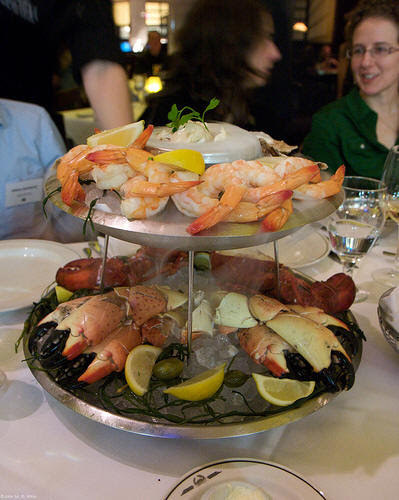 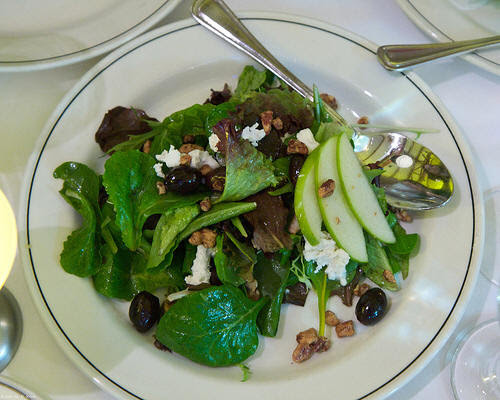 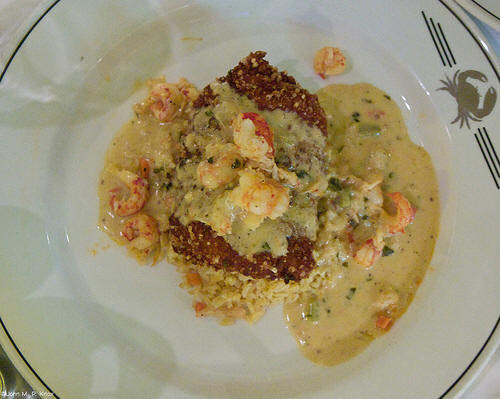 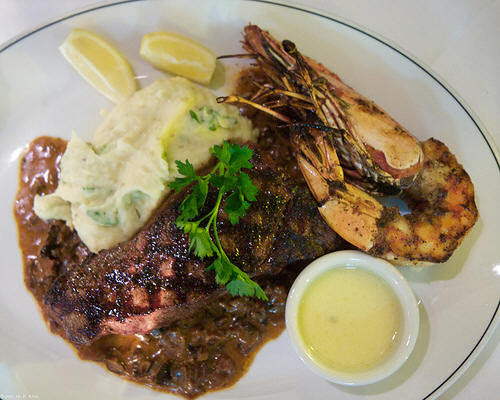 U2 shrimp, meaning it is an 8 oz shrimp. 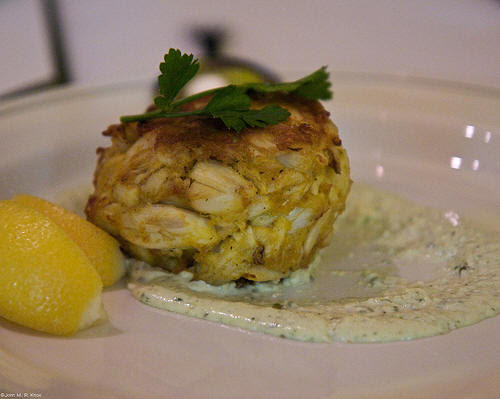 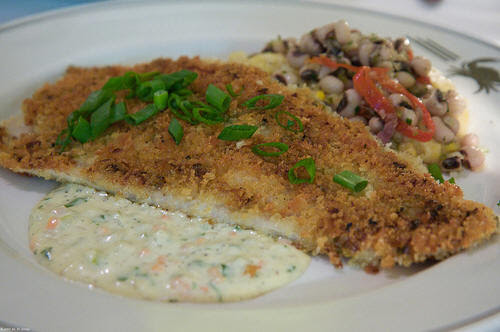 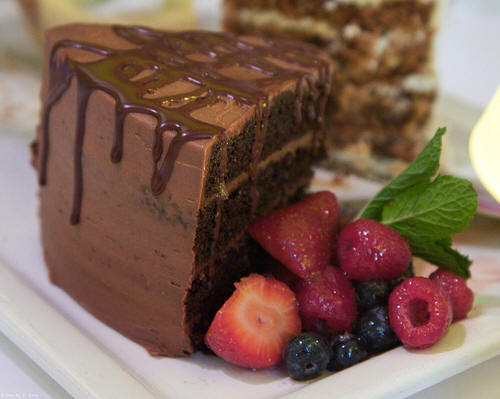 Delicious chocolate cake.
Posted by PookieSoup at 11:09 AM 1 comment:

Win a copy of The Icing on the Cupcake Book, signing event April 6th

With a nickname like the "Cupcake Fairy," how could I not cover the book signing and cupcake contest for The Icing on the Cupcake by Austinite Jennifer Ross.  The book signing and cupcake contest (complimentary Tito's Vodka Cocktails, Yum!) will be on Tuesday, April 6 at 7 p.m. at Bookpeople located at 603 North Lamar Boulevard.  You can follow Jennifer on Twitter: @CupcakeAuthor and find her recipes online at http://www.theicingonthecupcake.net/.


Now for the win a book portion (full of recipes of course).  Post a comment with your favorite cupcake flavor on this blog post before noon, on April 5th.  @mousethedog will randomly select a winner of the book.   The winner will receive a copy of the book in the mail. Enjoy!

THE ICING ON THE CUPCAKE
A STORY OF ONE WOMAN’S HEARTBREAK, SELF-DISCOVERY, AND LOVE OF BAKING
Filled with Mouth Watering Recipes for Unique Cupcake Creations
Author Jennifer Ross spent well over a year testing cupcake recipes, interviewing bakery owners and collaborating with a professional baker to create her own confection,
debut novel: THE ICING ON THE CUPCAKE.
This charming novel tells the story of a young woman’s decision to leave everything she knows behind and start a new and delicious life for herself, after being jilted by her fiancé who was deemed the most eligible bachelor in Dallas. Before long she opens a gorgeous bakery called The Icing on the Cupcake and realizes that finding herself first is much sweeter than finding a man.
Complete with decadent cupcake recipes, THE ICING ON THE CUPCAKE is a fun summer read about a young woman experimenting with innovative ingredients—and with a life beyond her wildest dreams.
Posted by PookieSoup at 12:01 PM 5 comments: