The party may be over, and from the looks of the photos, Cupcake Smackdown 3.0 was a blast (pun intended!).  The estimated attendance this year was 1,500 humans and 30 canines who gathered to enjoy cupcakes, local craft beer, bbq, shooting green pigs, and the photo booth.  Hungry Todd Rungy also broke a record of eating 6 sugar free cupcake in under 59.2 seconds to raise awareness for diabetes.  While the goal of Cupcake Smackdown(s) is to provide a community event to promote local businesses, the event also serves as a case study in social media.  For the last three years, Cupcake Smackdown was organized and promoted via social media only.  While we have received our fair share of earned traditional media (radio and television news), zero advertising dollars were spent on the event.  It can be done.
A giant thanks to all of our sponsors (listed below) for making this event happen.  And a special thanks for all the breweries for providing delicious local craft beers at our parties.  I encourage everyone to check them out and to keep supporting our local breweries.  If you don't see them our your favorite bar, a little gentle coaxing can sometimes get more craft beers on the menu.
There isn't enough space to post all the Cupcake Smackdown photos taken by Annie Ray, but here's the link to them.  I had a serious problem of trying to pick the cutest ones to include in this post.
For a Twitter stream of the #cupcakeriot happenings, you can visit our KeepStream here: http://keepstream.com/MisoHungry/hashtag-cupcakeriot-3-dot-0 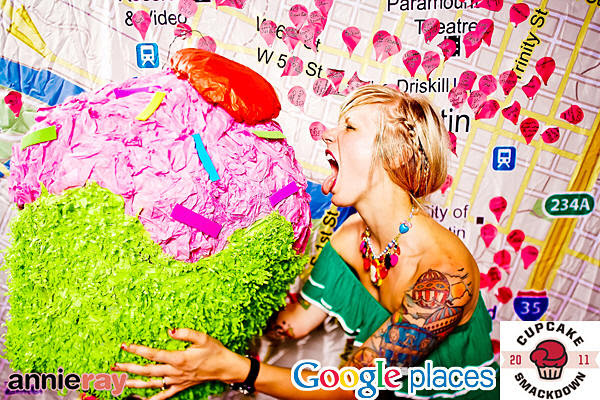 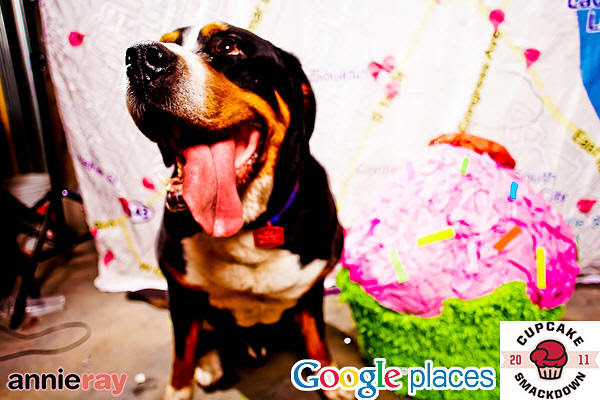 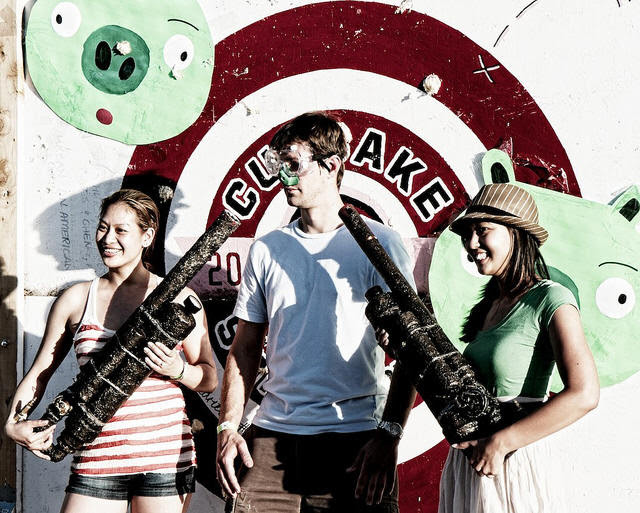 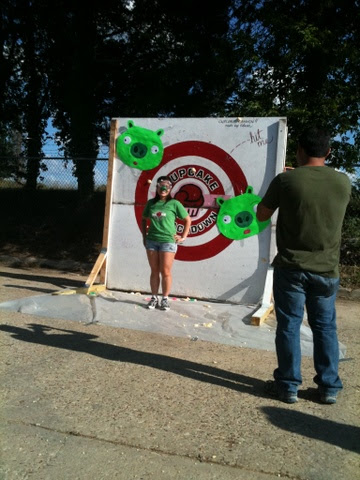 There's me. Dressed like a pig.  Being shot with cupcakes.  Oink, Oink! Photo courtesy of @AndreaSchulle

Here's a list of blog posts, videos, and radio links about Cupcake Smackdown (to add yours, email or tweet me): 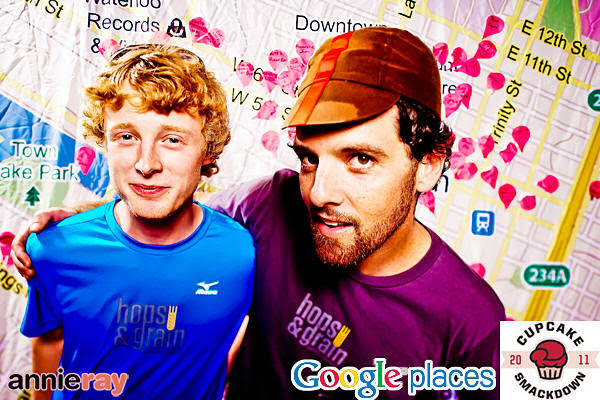 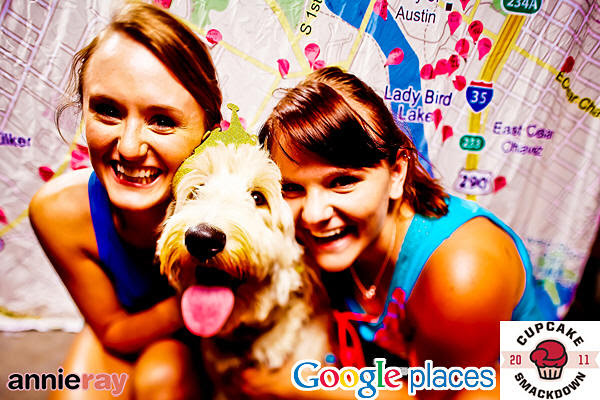 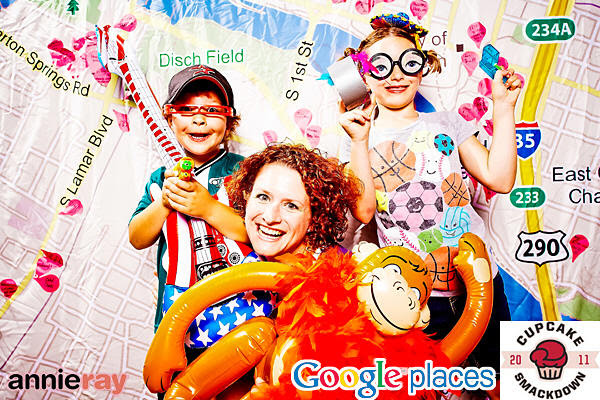 And a GIANT thank you to all of our sponsors: 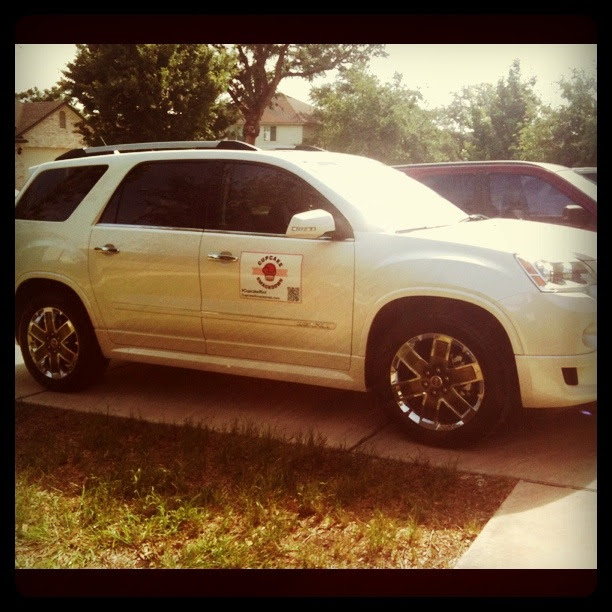 A special thank you to @ChevyTexan for sponsoring the official #cupcakeriot vehicle.  I was completely spoiled by this fully loaded GMC Denali.  I did not want to give it back. The Denali had one of those cool windshield displays.  Pretty awesome. 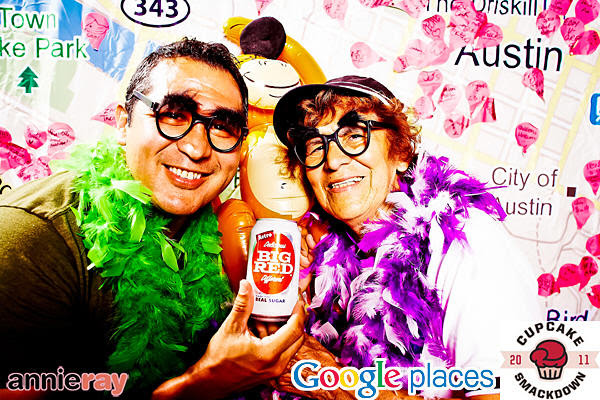 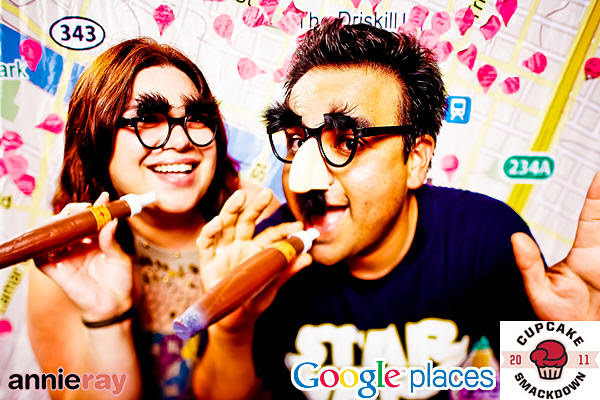 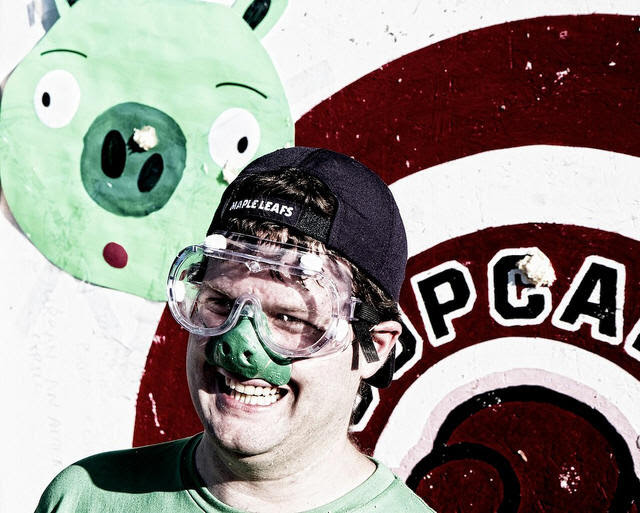 Austinites have to face the truth.  We're in the heat of Summer now, and the @ChevyTexan Denali I had for the week registered the temperature at 105 degrees (June 5th).  My own car doesn't have a temperature read out for the weather, but I'm going to hazard to guess that the rest of the Summer will be able the same - Texas Hot.  Some cocktails might change your tune though.


Google Places is presenting MIX: Celebrate Texas Cocktails on Friday, June 17th, and I am a fan.  I've been dabbing in the cocktail culture for several years now, and it is apparent that Austin is blazing through as the "hot and haute" cocktail mecca.  The MIX: Celebrate Texas Cocktails  celebrates Texas spirits at the Texas Federation of Women's Clubs.  Custom-made libations from the crafty hands of local mixologists and fresh ingredients from Whole Foods will be served from 9 pm until midnight. Cocktails will served with yummy freshly baked mmmpanadas, sandwiches from Sugar Shack BBQ, and gastro pub fare from J. Black's. JWG Photography will be capturing the fun!


Liquor sponsors include: SAVVY Handcrafted Vodka, Pecan Street Rum, Deep Eddy Sweet Tea Vodka, Deep Eddy Vodka, Enchanted Rock Vodka,
Treaty Oak Platinum Rum, Republic Tequila, Tequila Ambhar, Paula's Texas Spirits, Tito's Handmade Vodka, Railean Rum, Graham's Texas Tea, and Dripping Springs Vodka.
Tickets are currently on sale for $50 until noon on Friday, June 17 or $60 at the door; price includes drinks and food for the evening. Purchase tickets at http://www.mixaustin.net/tickets.html.
To WIN a pair of tickets to the festivities: you can enter by posting the names of three of my favorite cocktail bars in Austin. It isn't difficult to find which ones are my favorites! @Mousethedog will pick a winner on Tuesday the 14th at noon. 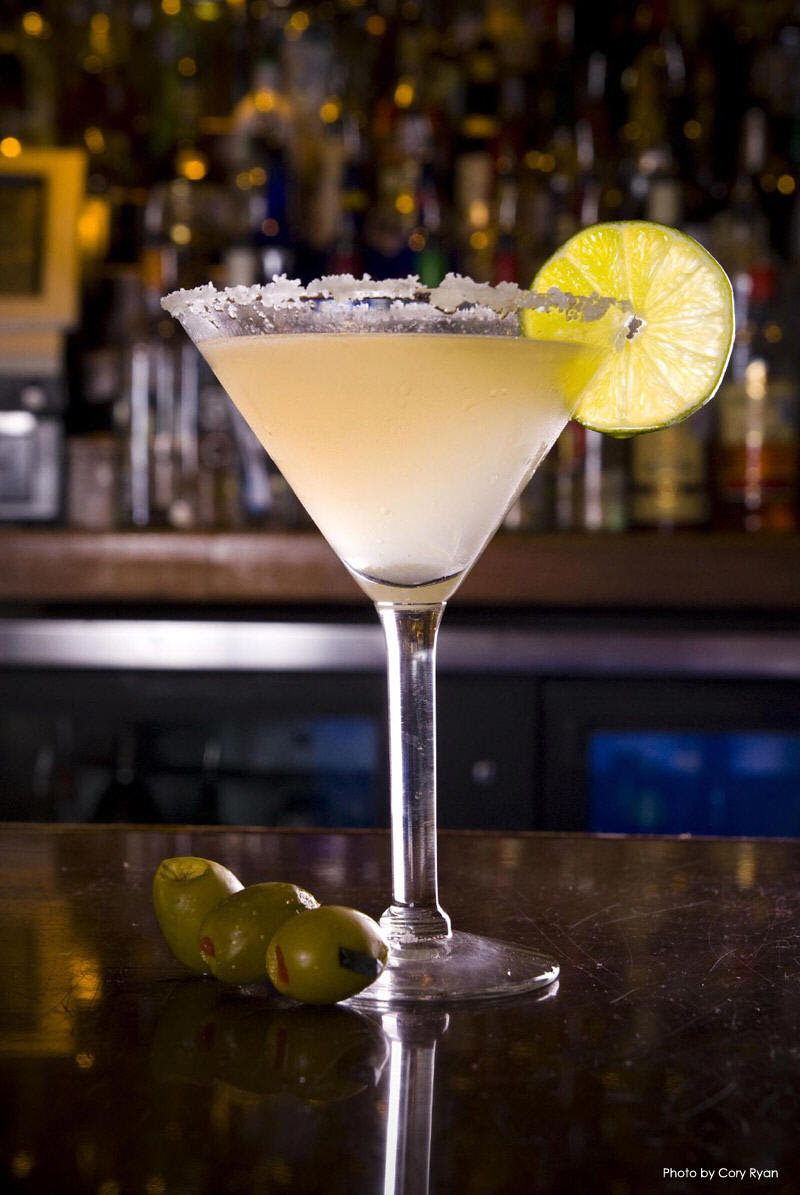 My love for @MeetatTexas becomes personal.

You might have noticed that I have a strong and deep love for @MeetatTexas and @CarillonAustin.  The food I've eaten there has been off the charts fantastic.  The experiences I've had are some of the best over the last year.  Chemistry Kitchen, Star Power at the Hill Country Wine and Food Festival, and various other events (on-site and off-site) have been outstanding.  One thing that has been consistent throughout the events is Daniel Curtis running by in a suit with a big smile on his face.  If you're lucky, you can steal a hug from him before he's off putting out fires (not literal ones).


At the Austin Food Blogger Alliance Educational Event tonight, I didn't see Daniel.  And oddly, I didn't see him the week before at the IACP gala.  It was only after I got on Facebook tonight that I learned that Daniel had a serious accident on May 30th.  I feel like a big jerk for not being more attentive on Facebook.


Daniel is recovering now, but it won't be quick or easy.  If you want to see Daniel's smiling face at the AT&T Executive Education Center sooner rather than later, you can help by donating to the medical expenses.  The goal is to raise $45,000, and he's just over $8,000 now.  I'm donating in small increments, in the amounts that I would have spent on food events.  I started off with $100, the the cost of a Spanish wine dinner.  Spanish wine, though tasty, isn't as important to me as Daniel's recovery and well-being.

If you've had a enjoyed events at the AT&T Executive Education Center before, I'm proposing that you think about donating to Daniel Curtis.  You might not know him personally, but if you've ever had a good time at the center or at the Carillon, then you know his work.  For me, this is personal.  I don't just have a business relationship with the AT&T Executive Education Center, I have a personal relationship with the people who make it awesome.

If you do want to attend a Spanish Wine dinner at the Carillon, Executive Chef Josh Watkins and Chef de Cuisine Chris Andrews, will host “Taste Of Spanish Wine” on Thursday, June 16th from 7 pm - 10 pm. Cava cocktails will begin at 6:30 pm with a five-course dinner following at 7 pm.  The wine tasting dinner features Spanish wines from Vinaio Imports, an import group that focuses solely on Spanish and Portuguese wines. Cesar Chavez,a person and not the street, will regale guests with stories behind the wine and help to explore the distinct terroir and styles of the featured wine.  Tickets are $100 per person.  Email Lauri.Taylor@attconf.utexas.edu or call 512.404.3655 for reservations.
Posted by PookieSoup at 9:55 PM 1 comment: