During my tour of New York City with Pichet Ong, we had dinner at China Cafe with some friends.  China Cafe is a very small establishment, so reservations are appreciated with their 2013 Michelin Star. Some people waited quite a while, but we called ahead and booked a party of four.

Here's some of the dishes we tried, minus the scallion pancake (B4).  It was really soft in texture and incredibly flaky.  It was delicious! 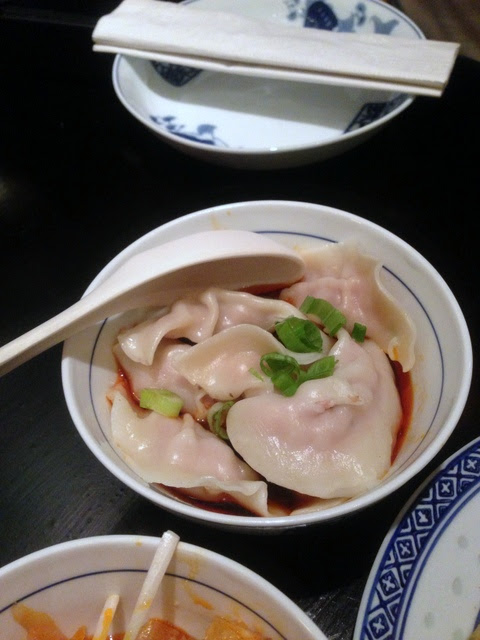 We started with dumplings (B11).  These were very delicious, just like mom made. 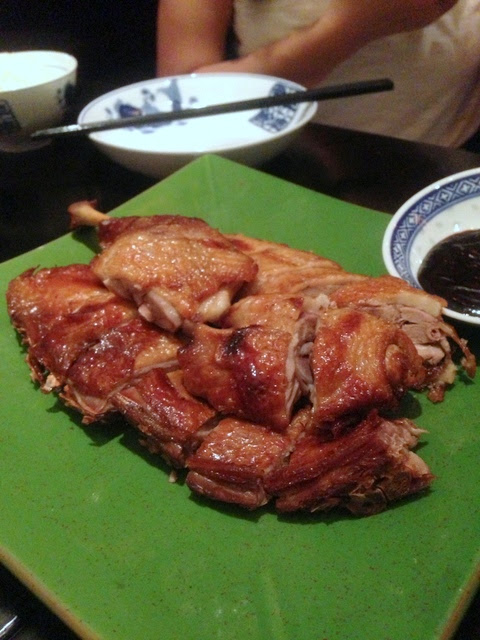 This was the crispy tea smoked duck (C8).  I wasn't in love with it though it was tasty. 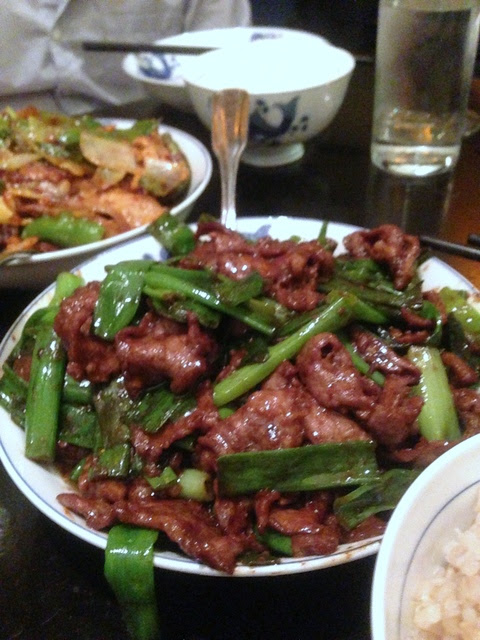 Now this dish is my absolute favorite of the evening.  Pan fried lamb with scallion (C19) served with rice is amazing.  Absolutely amazing.  It was so good that it made all the other dishes seem just okay.  The sweet scallions covered with meaty drippings is amazing.  The lamb was also perfectly cook, tender and sweet.  I could probably eat that entire plate by myself.

There you have it: B4 and C19 at China Cafe.  Get them both and thank me later.
Posted by PookieSoup at 8:00 AM No comments:

A great friend, Taylor Shaw, invited us to an amazing place, Colt and Gray.  Colt and Gray can only be described as an cellar of gluttony and fulfilling hedonic desires.  The environment is a little grey - dark, mysterious, yet elegant.  After a week of drinking beer at the Great American Beer Festival, I only looked at the cocktail menu, and it was very pleasing to me.  Get the Steve Holt.

To keep your tummy happy, there are amazing little cheesy poofs.  On the menu, they are called blue cheese dusted gougères.  They are pungent, flavorful, soft with a nice chew texture.  I love these things. 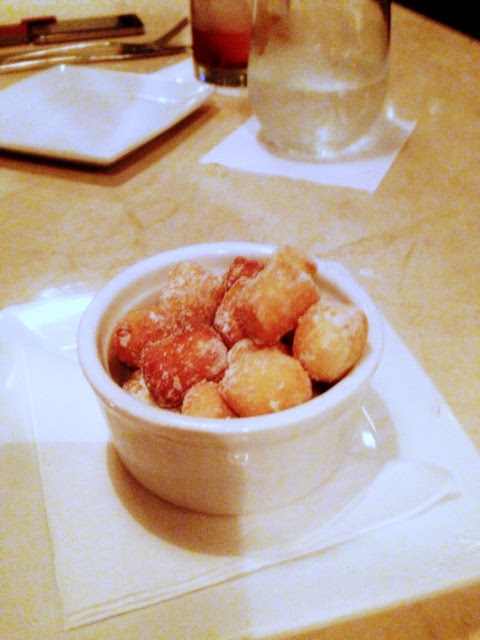 Over the last several years, piggie has been all the rage.  I grew up eating mostly pork, and it was oddly a nostaligic even though the pork wasn't prepared in any way that I had growing up.  Before we arrived, some of our fantastic friends had ordered the half pig head.  Chef Nelson brought out the "oh so lovely" pig head. 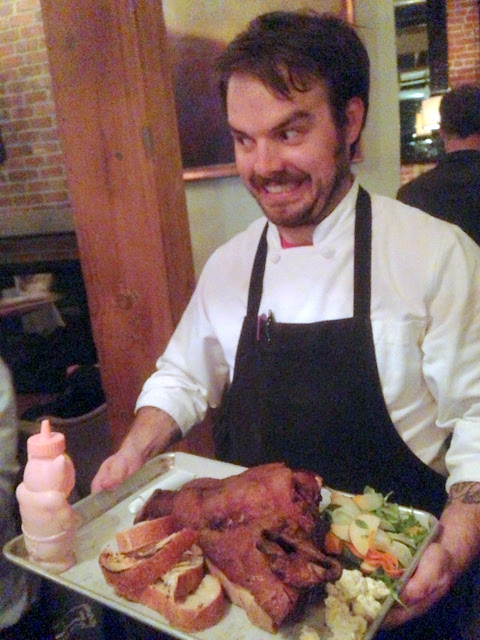 The pig head was served with pickled vegetables and a cauliflower / pig brain puree.  It tastes much better than it sounds.  This type of dish is a fun adventure.  Restaurants should be offering interactive foods more often.  I can only think of a few other interactive meals: Korean BBQ (gogigui), Korean pork belly grill (Samgyeopsal gui), Chinese Hot Pot, Japanese shabu shabu, or fondue. 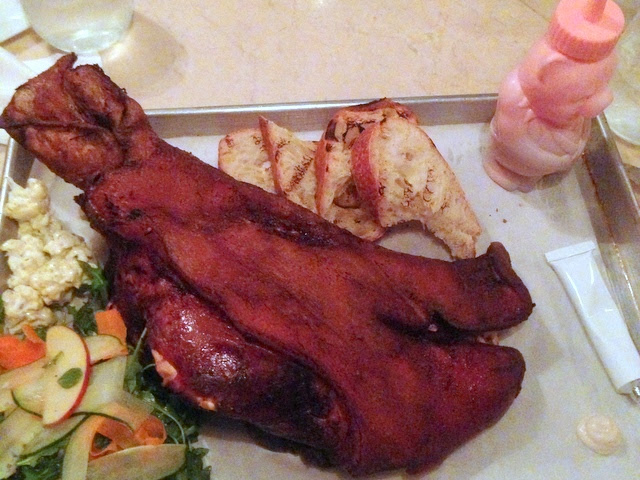 I'm not sure how it happened, but I took responsibility of carving this beasts of a meal.  There was some cheek meat, crunchy skin, tongue, and moist fatty skin. 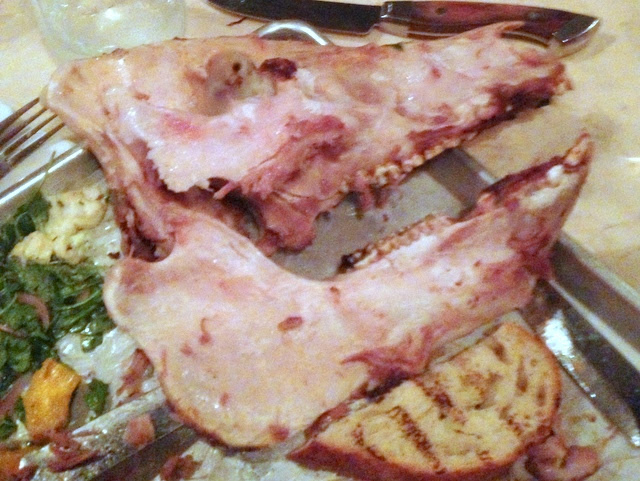 I guess you could tell that I was pretty aggressive with the carving of this beast of a dish. 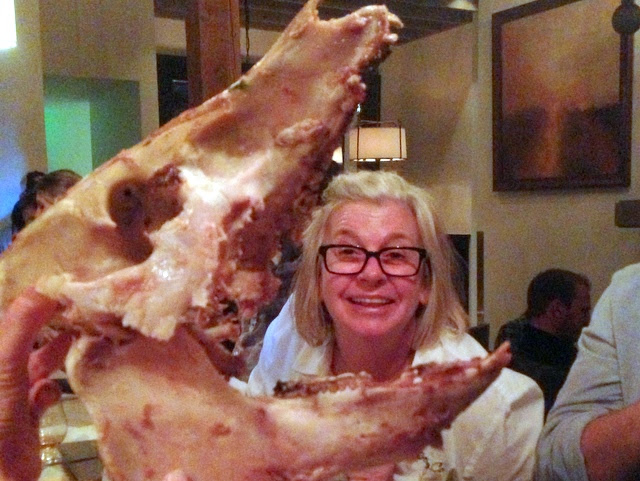 And I probably had too much fun playing with it later too!  Colt and Gray has earned a spot on my "must go to" Denver list.
Posted by PookieSoup at 8:00 AM No comments: