Flying a Plane with #GoogleGlass

I won a fantastic prize at a Lone Star Paralysis Foundation event - a flight from Lakeway to Fredericksburg, TX and lunch at the Hanger Hotel and Airport Diner.  Here's some photos and video from Google Glass of the flight.  I actually got to fly the plane for a little while too! 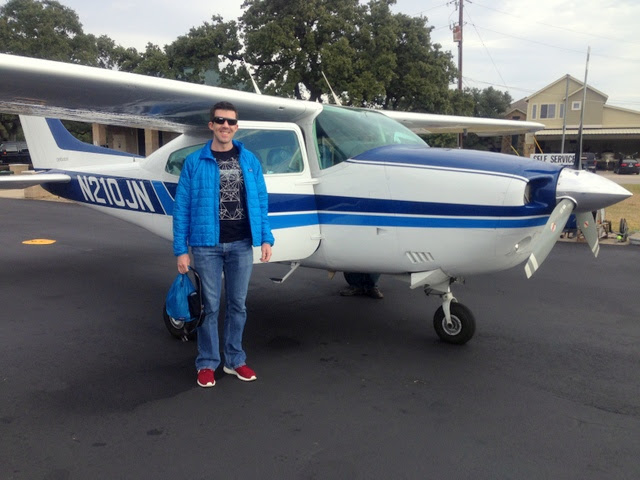 @WindAddict standing in front of the plane.


The video of me flying the plane for a little while.   Filmed with Google Glass. The view of the lake from the sky. 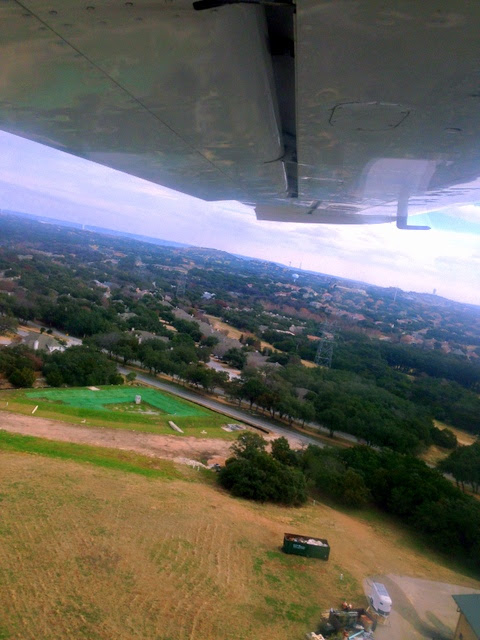 And here's another view of Earth.

I decided to take a panorama photo of the inside of the plane.  It is pretty different from a commercial plane - as in LOUD. 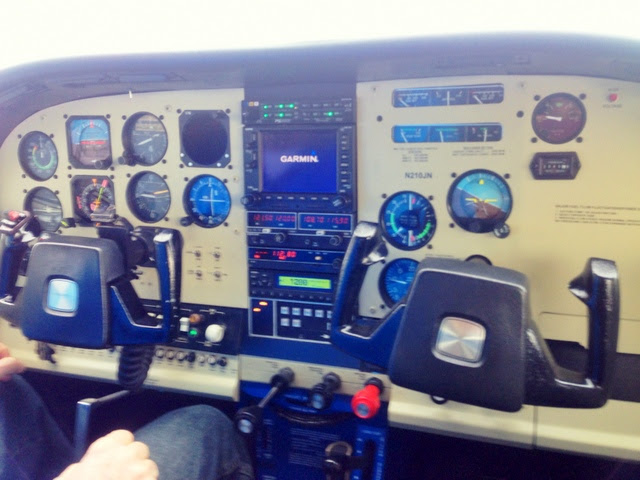 Check that out.  We use the Garmin to navigate. 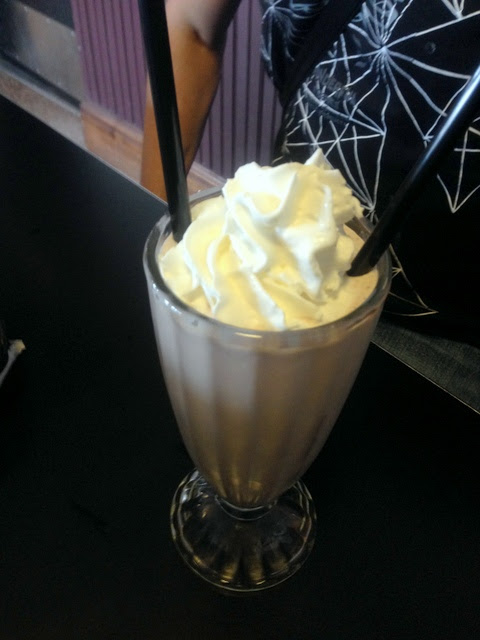 And the 1940's decor was really cute too.  Flying in a private plane is an awesome experience.  It has certainly opened up my eyes the freedom of having your own plane.  If you have the opportunity, I'd highly recommend it!
Posted by PookieSoup at 8:00 AM No comments:

On the final day in Taiwan, my uncle took us on a trip to the Yeh Liu Geo Park on the north side of Taiwan.  Leaving from the Taipei train station, you'll take the 1815 bus here. You won't get lost because there are tons of crowds going to the park. The big attractions here are these rock formations created through erosions - the most famous one being the Queen's head. 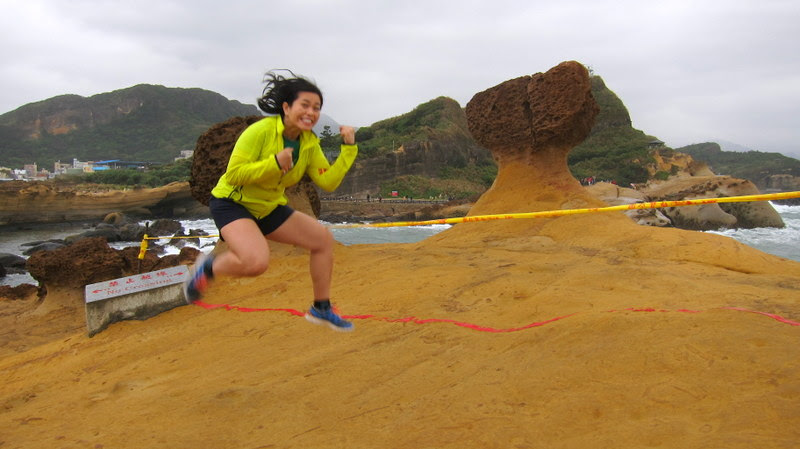 Many of these formations look like mushrooms, and here I am doing a Super Mario Brother's jump up onto the mushroom. *It was just a photo. No natural landmarks were harmed in the photos. 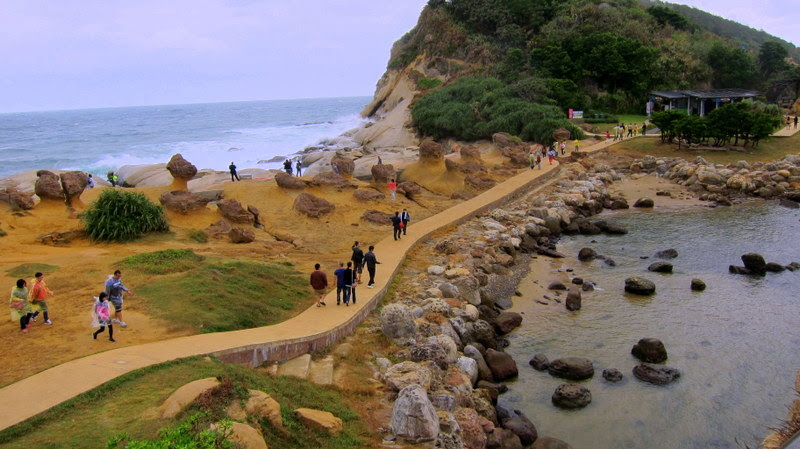 The views at the park were just beautiful. Absolutely stunning. 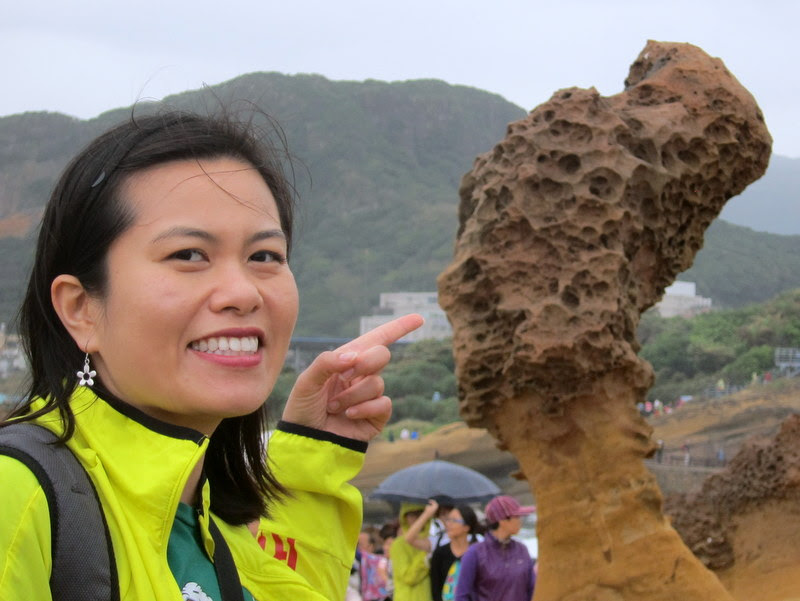 Even in all of its beauty, we're still having some laughs. I'm helping pick the Queen's nose. 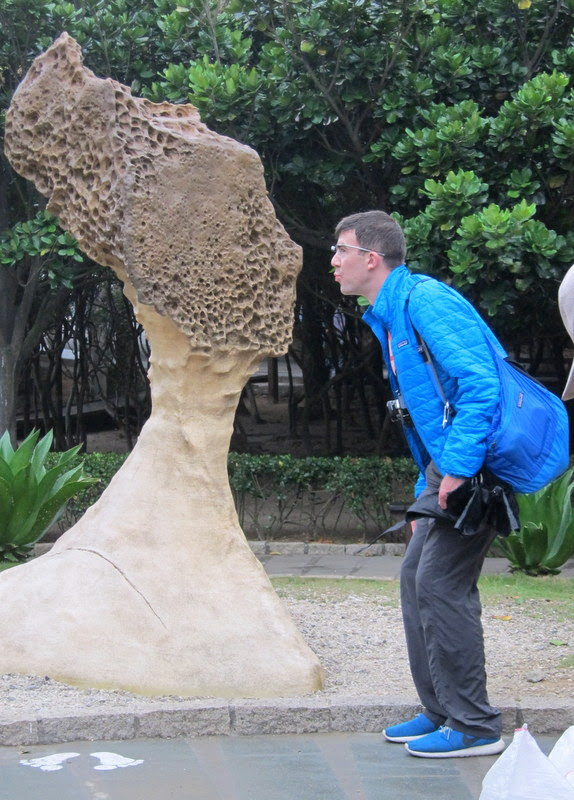 @Windaddict gives the Queen a peck. 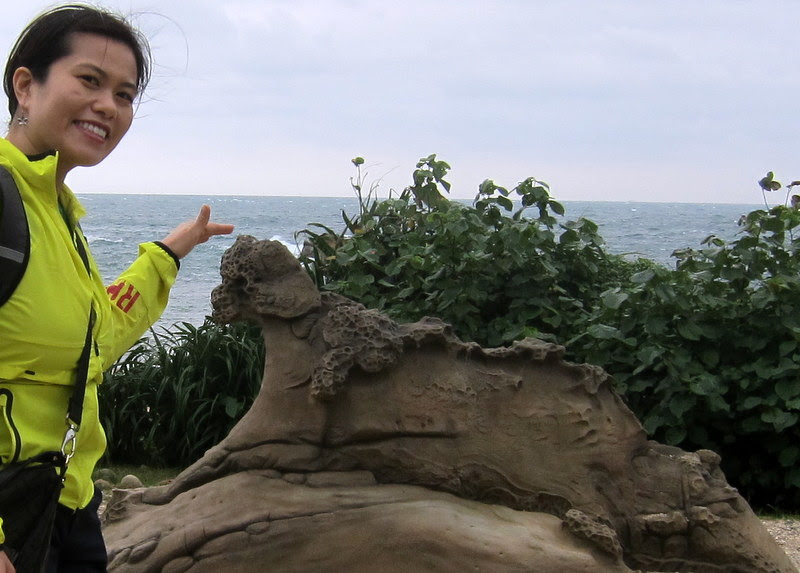 And then I pet a cat. It is really amazing that natural erosion could create something so complex and interesting. 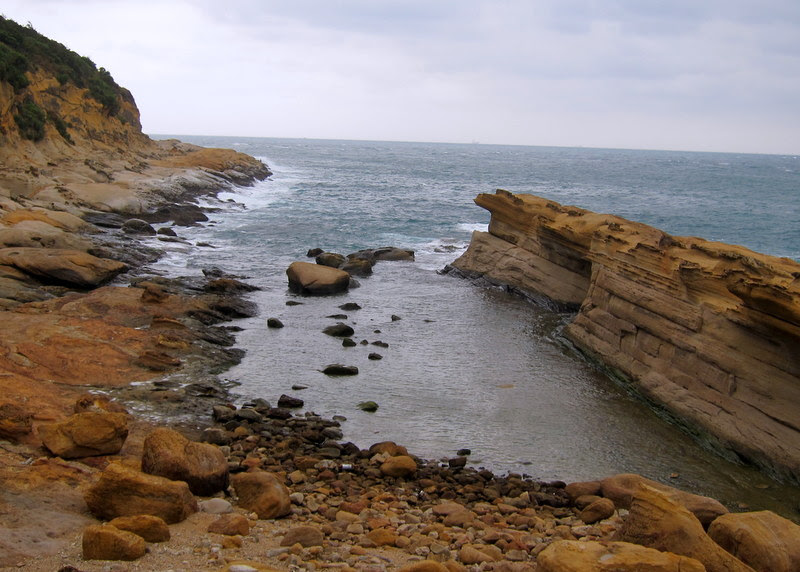 This is a really good place for some soul searching and meditation. 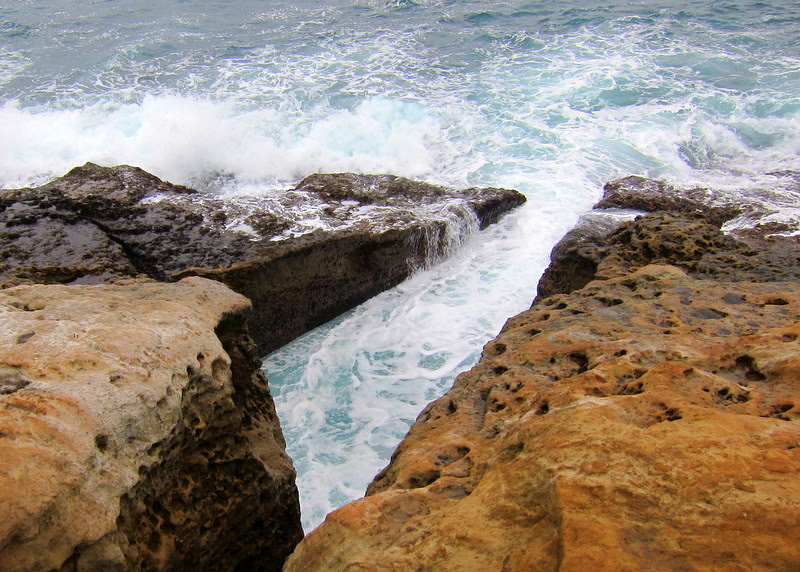 The washing of the waves against the rock was spectacular to the point of hypnotic. If you're into looking at our beautiful planet, put this park on your list. 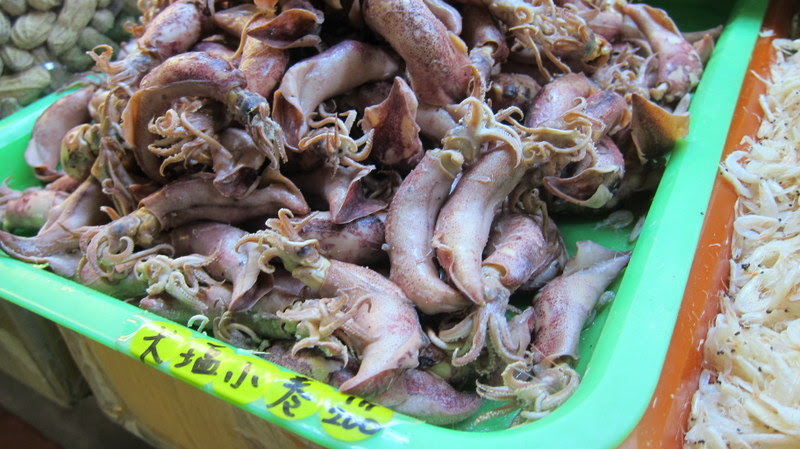 As we left the shop, there was an market of the seafood caught fresh. These are fairly small squid. They are about the size of my thumb. 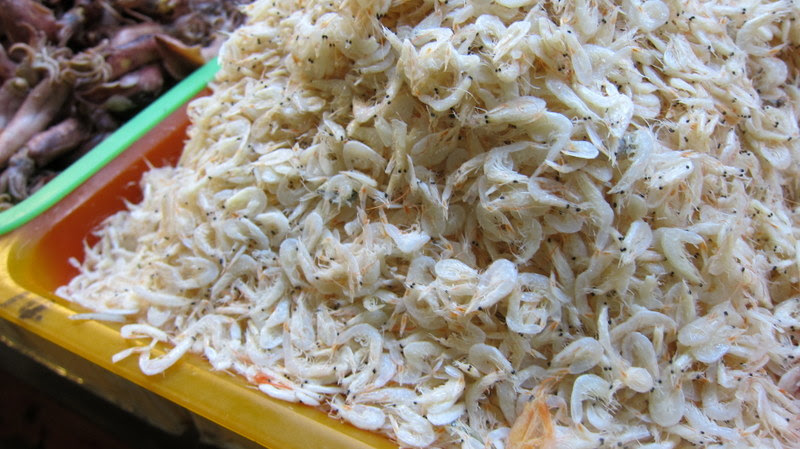 Here's some small shrimp that are often fried to release their fragrance and added to rice and noodle dishes. 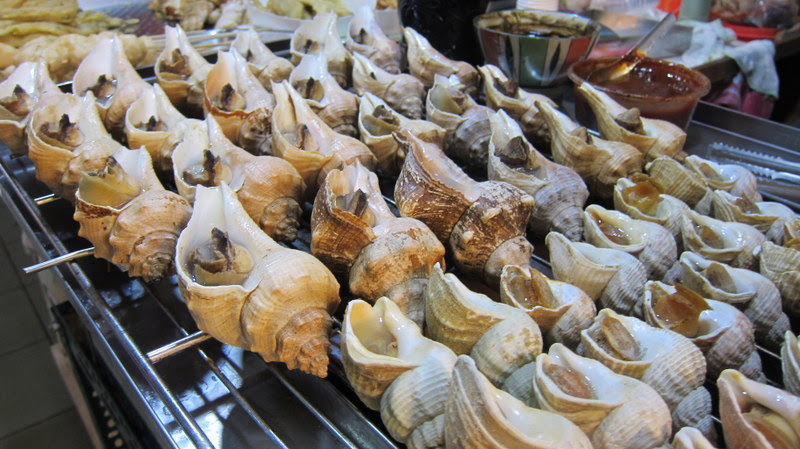 These are conch's at the market. The seafood here is unbelievable. 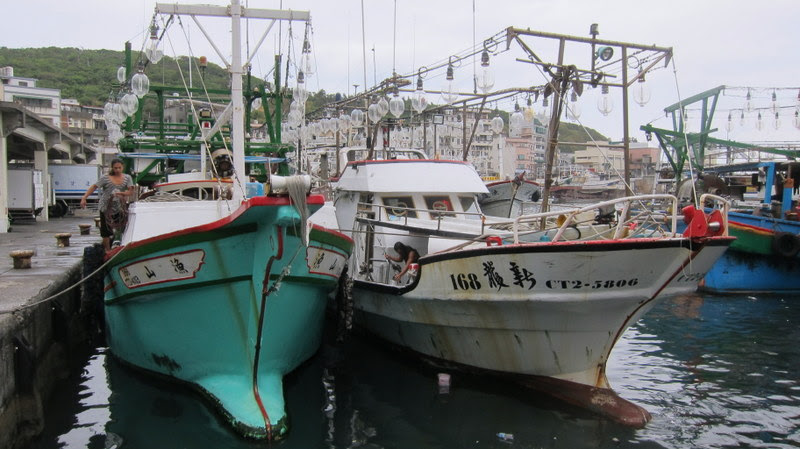 Around the park, you'll see many fishing boats. These were squid boats being worked on by Phillipino fishermen. The lights on top of the boat would be lowered into the water late at night to attract squid. Nets would then scoop them up. You can see the particular squid in the previous photos. 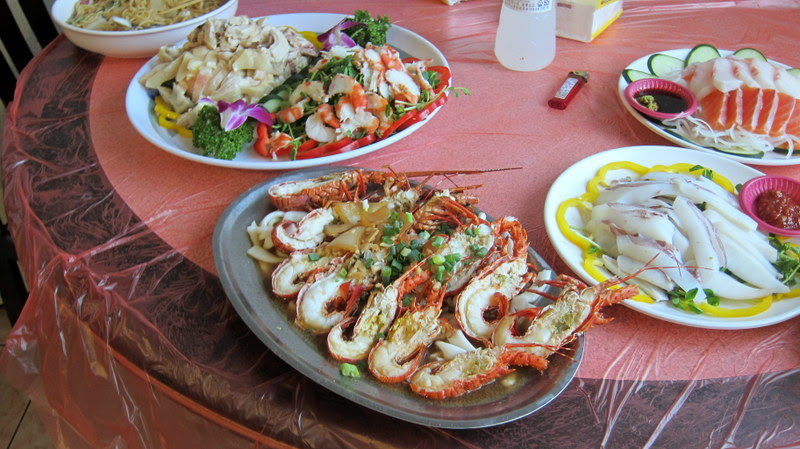 Located around the park are plenty of seafood restaurants with ultra fresh fare. This isn't what we had, but I snapped a photo of someone else's food as it came whizzing by. 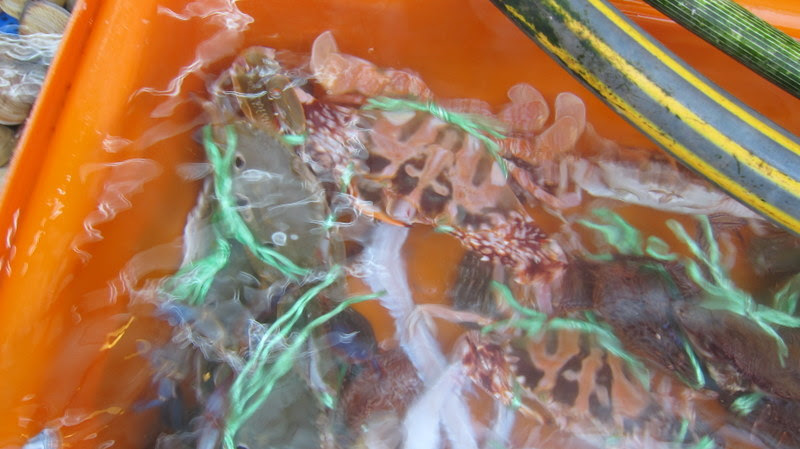 I'm telling you that the seafood is uber fresh. It is a little difficult to see the crabs with the moving water, but they are alive and fiesty. 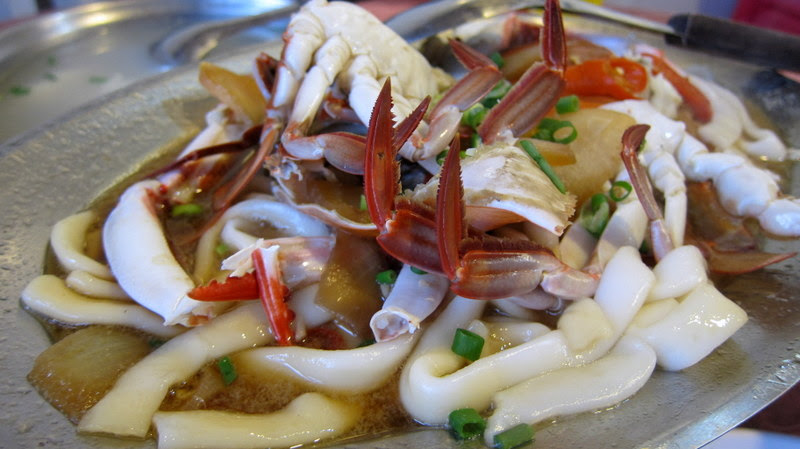 And now they are cooked and delicious with thick noodles. 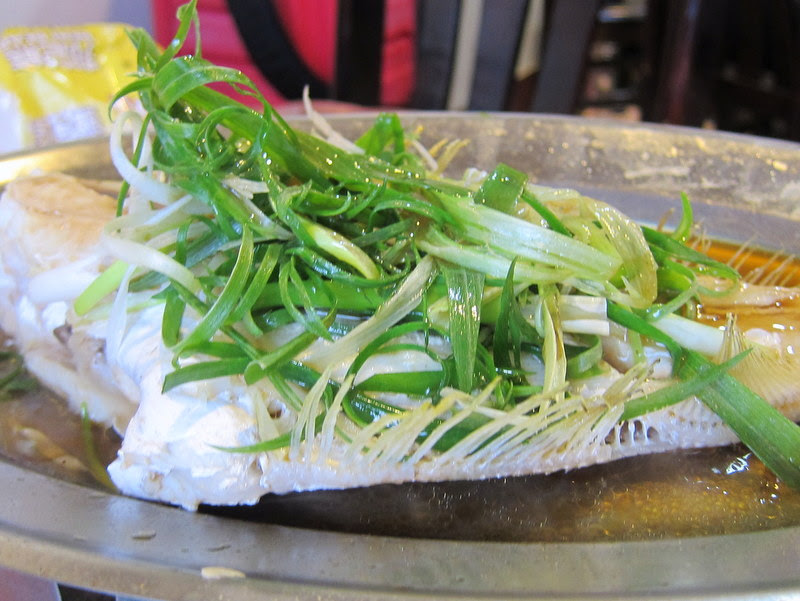 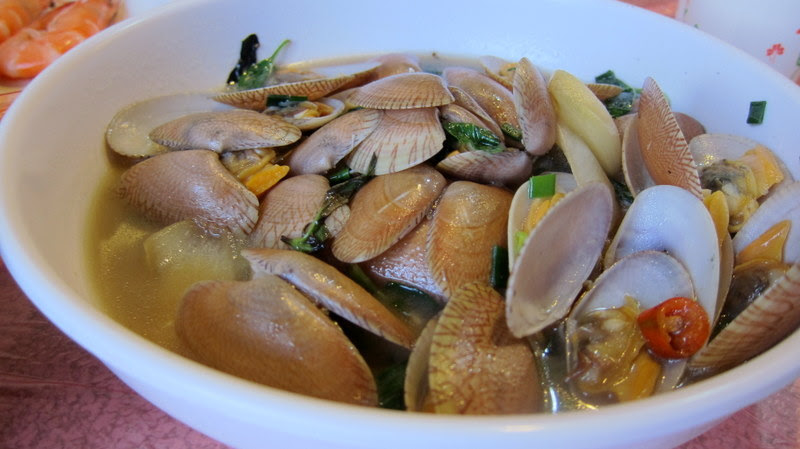 '
These were some gingery and basil-y mussels. It is really difficult to describe the flavor of fresh seafood. Sweet and like the ocean air a commonality in the seafood we've had.  If you're in Taiwan, have seafood as much as possible. Taiwanese recipes will accentuate the flavor of the seafood and not cover it in heavy batter or sauces.
Posted by PookieSoup at 6:00 AM No comments:

#Austin #Chefs did the Shuffle, and I graphed it. January 2015 Edition.

It has been a busy last few months keeping up with the chef shuffle, and I present to you the January 2015 of the Austin Chef Graph. I've added several restaurants that are still in construction, and re-configured the data structure a bit. I've also included the list of restaurants and chefs at the very end so that you can check to see if you, your colleagues, and restaurants are all all represented accurately. Any changes and additions are welcome at Jennie@misohungrynow.com. 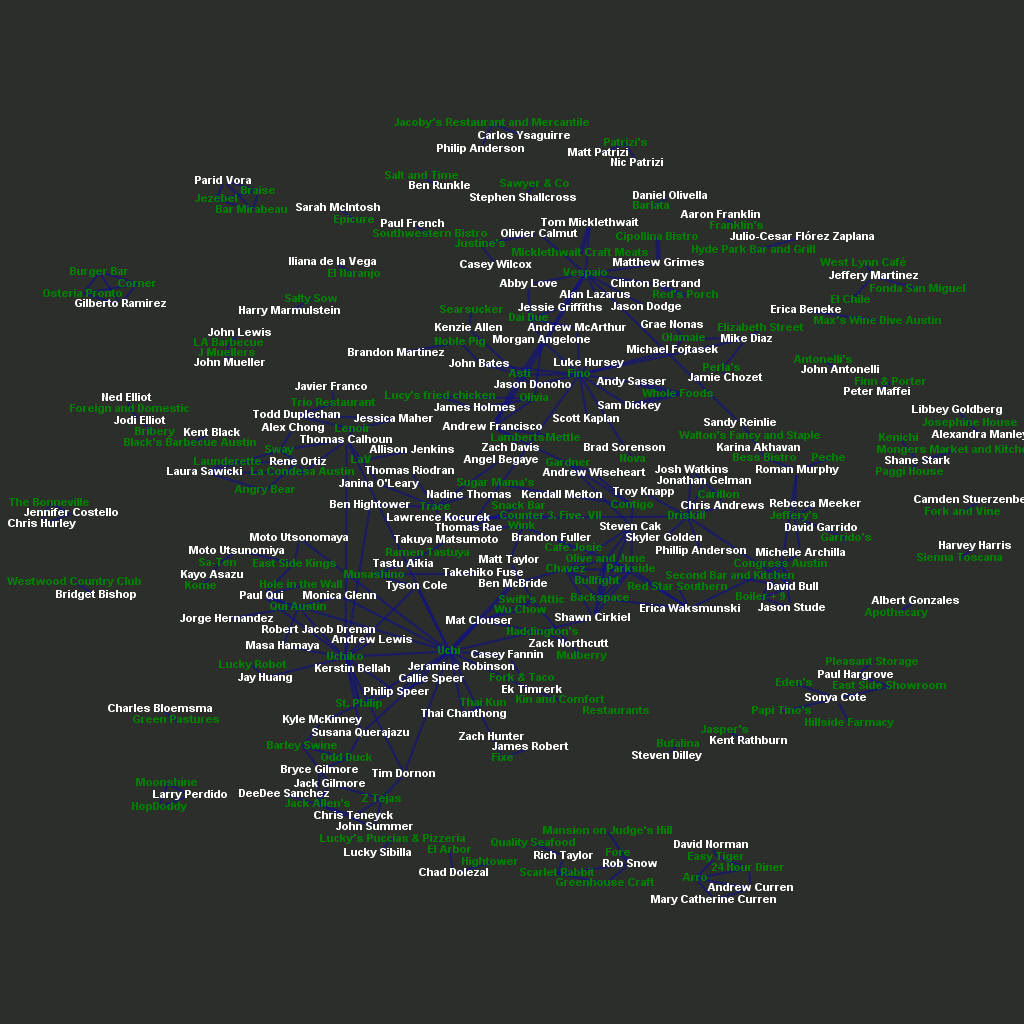 Posted by PookieSoup at 8:41 AM No comments:

Raw Cookie Dough Recipe that is Good for You - Gluten-free

I found a recipe I really liked via Facebook for a food item I don't actually like to eat.  This is something short of a miracle, and I'm wanted to post my own version of it here. For those who are on a gluten-free diet, this recipe out to fit the bill.

I don't eat cookies or cookie dough often for one simple reason.  I know how they are made - with copious amounts of butter and sugar.  That is why they are so delicious.  I saw this recipe for raw chocolate chip cookie dough, and I was intrigued.  The ingredients were simple and actually fit what I try to eat when I'm not indulging.  So I decided to try to make some as well.

Here's my version of the recipe - Snickerdoodle version.  You can add anything you want to this "raw cookie dough."  Nuts, dried cherries, toffee pieces, corn flakes, or whatever else your heart desires can be added.  You can also add cloves, sprinkles, nutmeg, cardamon, or other spices.  However, whatever you add might make it a less healthful version of the original recipe.  I left out the baking soda and the other sugars in this recipe, and I liked it anyways.

Ingredients:
Optional:
1. Pulse all ingredients in a food processor until smooth. Add more or less honey and salt to your taste.
2. Transfer dough into tupperware and chill in the refrigerator.  Eat with a spoon.
I was not motivated to roll the dough into balls or to think of some beautiful way to serve them.  I eat a few spoonfuls as a snack, and it is perfectly satisfying off of a spoon.  :o) 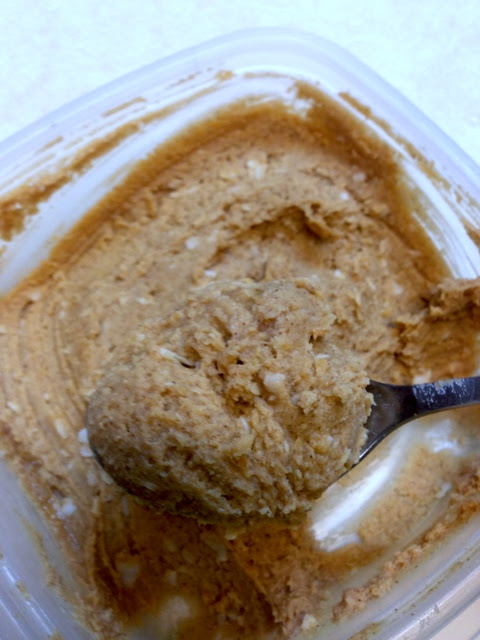