Eleven Things I Learned at Tales of the Cocktail #TOTC

This year, I finally did it.  I visited Tales of the Cocktail for the first time.  Tales has always conflicted with the Houston Reliant Dog Show so every year, it is clear that the dogs came first.  This year however, I split my time between Tales and the dog show.  Here's the list of things I learned as a first timer, and with full disclosure, I did work with Tenneyson Absinthe, St. Germain Elderflower, and Balconies Brimstone during this trip.  Luckily, I was invited to stay with Beth Bellanti during Tales.  I also found this event to be quite interesting, because from a brand's perspective, this event should be geared towards building relationships with ambassadors (craft cocktail enthusiasts, bartenders, and etc...).  However some of the events were set up like a branding event with the goal of acquiring new consumers.  I only had time to attend several complimentary events, but that was my impression from the limited time spent at Tales. 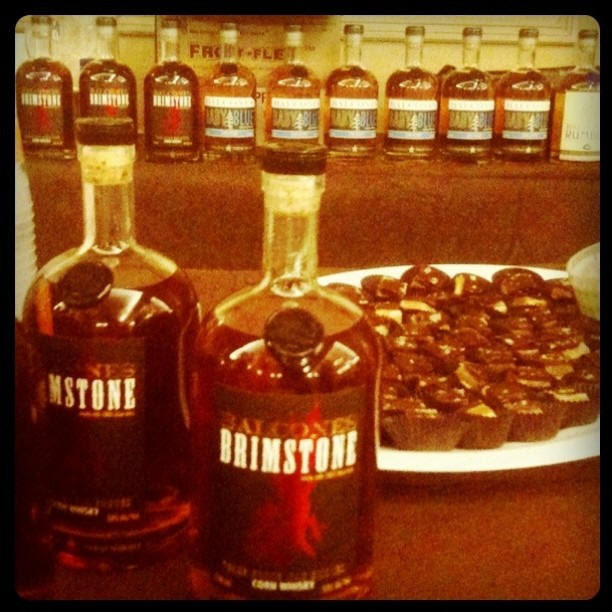 1. The adult beverage laws are nonexistant loose. You can drink in the streets.  Bars can serve 24/7.  Coming from Austin, I was a little weirded out that people were walking around with open containers.  "Wait, you can do that?"  That makes for set ups like the St. Germain bar on a bike (see below) legal.  You can ride around handing out drinks.  Even though the laws are loose, one should practice common sense and do not over indulge. 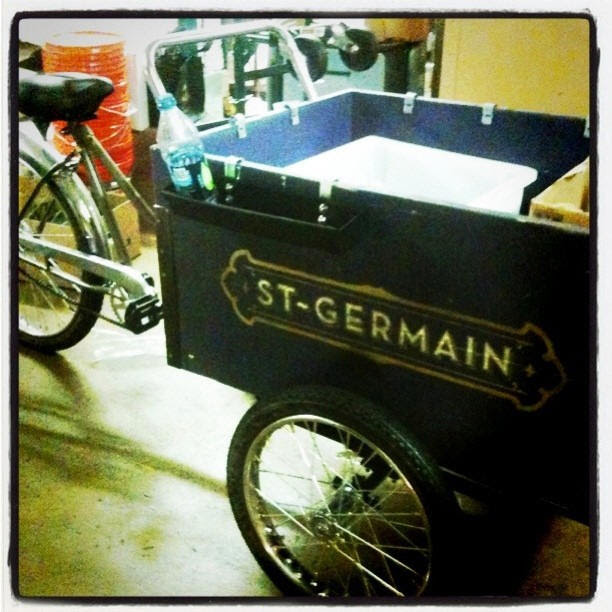 2. Drinking Tasting starts early.  Take part in the Kahlua coffee bar in the morning.  The morning I went, churros were served with the coffee.  Iced, Latte, Cappacuino, or plain, Kahlua will take care of your caffeine needs. 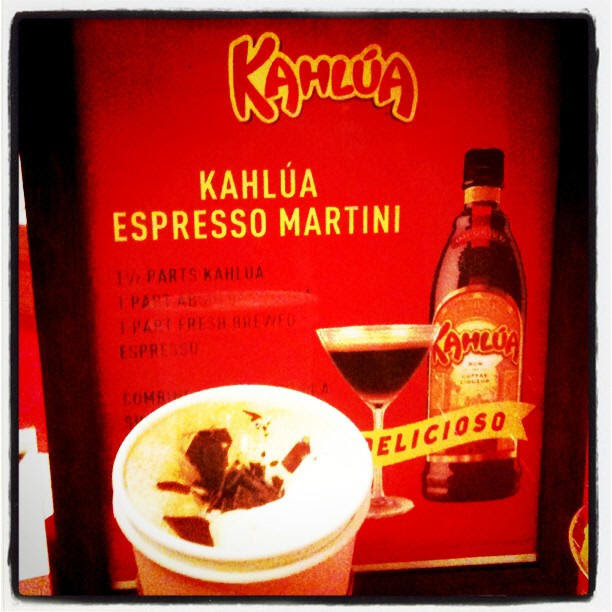 3. It wasn't as hot in New Orleans this year as everyone had warned me, but it was humid!  Bring an umbrella as the locals say that it rains quite frequently, and wear some walking shoes.  Also, bring sun block as you'll be mostly walking in downtown.

4. Eat at the Clover Grill.  As the Tex part of @TipsyTexan would say, "it is legit."  Also, I love the way they marketed their ice cream.  Go ahead. Have 9 inches of fun and yum.  However, be aware that much of the marketing in New Orleans in overly sexualized, and given what I study, I have a pretty high tolerance.  Just be aware that it isn't kid friendly, and referring to sexual acts or body parts in all contexts is pretty normal.  Also, don't be surprised if you see half naked men and women in the streets at all hours. 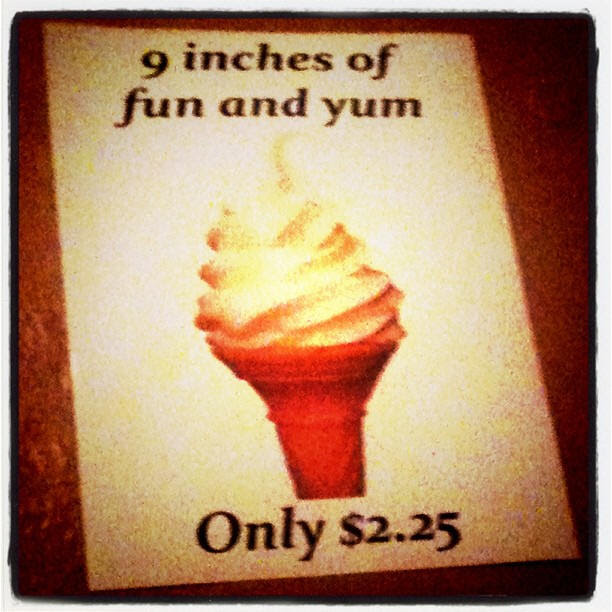 5. When in New Orleans, eat the food.  Beware that even lunch can set you back $15-$20, but I'd splurge anyways.  I'd highly recommend the muffaletta at Cochon Butcher. When you aren't splurging, there are plenty of complimentary events at Tales that serve food. 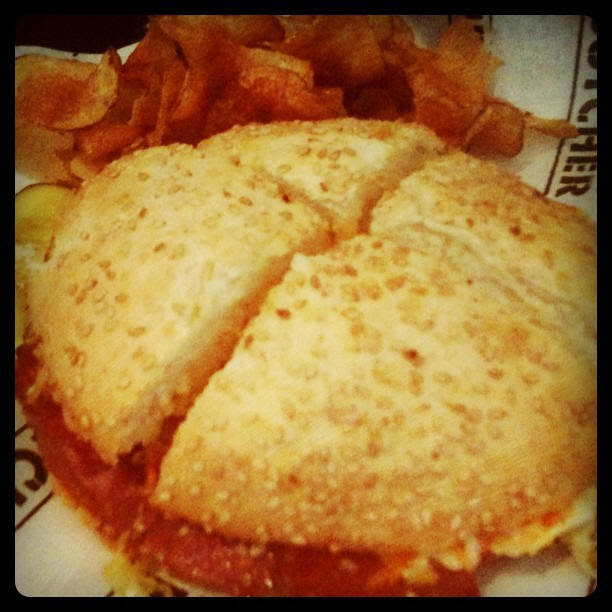 6. Some brands have an endless marketing budget recognize the need for brand awareness.  I attended the William and Grant Party at the National War Museum, and their party made anything I've seen look like child's play.  Bars were set up all over the gigantic museum along with a hot dog cart outside and raw shucked oysters inside.  Singers and dancers were on stage.  A photobooth was set up in one of the exhibits.  Farm animals were brought to the party for what I think was a Farm to Bar demonstration of sorts.  I milked a cow named Cassie (below).

Other brands blocked off entire streets to build their parties, and one brand even transformed a street into a beach completely with sand.  I hope no one is asking about the ROI on that one. 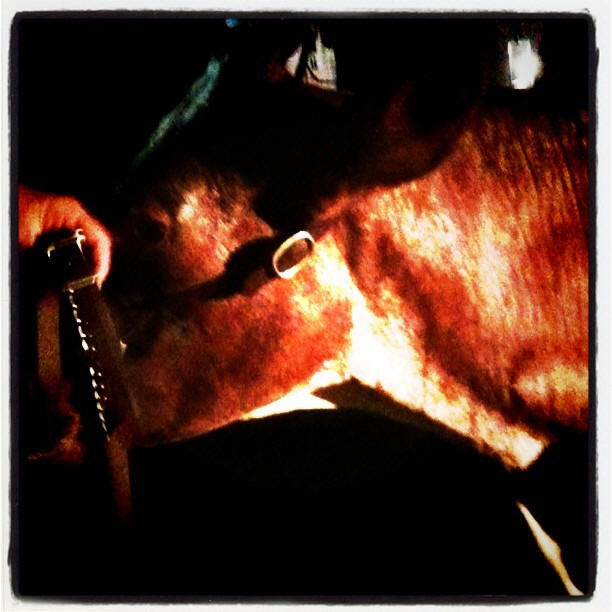 7. Watch out for the horses.  Horses are all over New Orleans giving buggy rides to as part of the police department.  Watch out as they are large animals that might accidentally run into you, kick you, step on you, or leave you a nice pile of fertilizer. 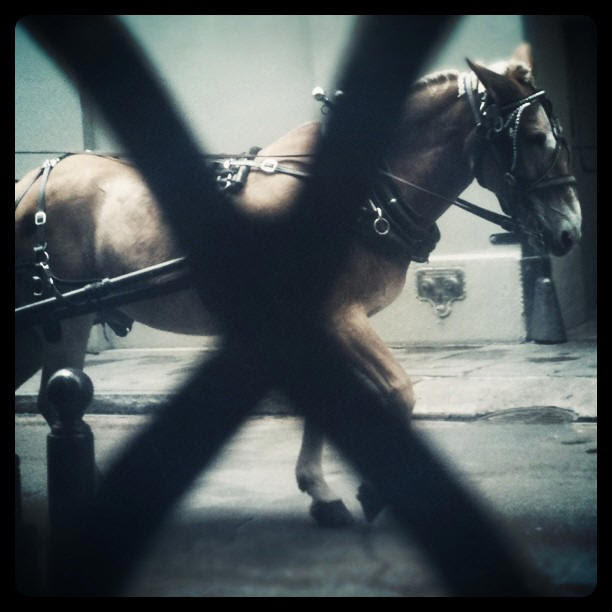 8. Other random tips: AT&T service in New Orleans was spotty at best.  It kept going in and out randomly.  So you might have to resort to old fashioned means of navigation, like using a hard copy map or asking for directions.

9. Hotel service generally stinks.  Most of the hotel staff was unhelpful when it came to directions.  I would ask the doorman if he knew where a particular restaurant was located, and he acted as if he had never heard of it.  The restaurant was a 30 second walk away. A Tales volunteer and I asked a hotel staff member at the Monteleone about the location of a room inside the hotel, and she did not know.  I'm unsure if hotel staff across the city truly didn't know about rooms and other businesses in New Orleans or if they were trying hard to be really unhelpful.  Nonetheless, it isn't very much like traditional Southern hospitality.

10. If you can avoid it, don't drive.  Driving and parking in the French Quarter is only slightly easier than driving in Taiwan during rush hour.  I left my car at the hotel valet (in which they managed to drain a new battery), and I opted to walk.  Next time, I will not be leaving my car at that hotel valet.  See number 9: poor hotel service. I'll also add that all the valets left my lifeless car in the middle of their drive for two hours without offering to help.  Even passerby's offered to help me.  I managed to fix the problem myself.

11. The attendees there can be extra amorous and need a good cattle prod to keep them away.  I met two men who I assumed were a romantic couple given their behaviors, but it took some strong words and defensive moves to get the message across that I was not interested.  I spoke to a married (heterosexual) couple at Tales who also had the same problem even with their partner physically present and trying to ward off the advances.  If I go to Tales again, I'm bringing some neutering devices and lowering the device engagement threshold.  No, I'm not joking.  When you see the hemostats come out, you better start running.
Posted by PookieSoup at 11:11 AM