Ben and Jerry's Lends a Hand in Locks of Love Donation

Summer has finally hit Austin, and it will not be merciful. Luckily for us, Ben and Jerry's tour debuting two Texas inspired flavors was in town to bring us relief from the heat. The two flavors are Bourbon Pecan Pie and Barbeque Peach. While both of them won a place in my Southern heart, I’m fairly certain that the clear winner was the Bourbon Pecan Pie. 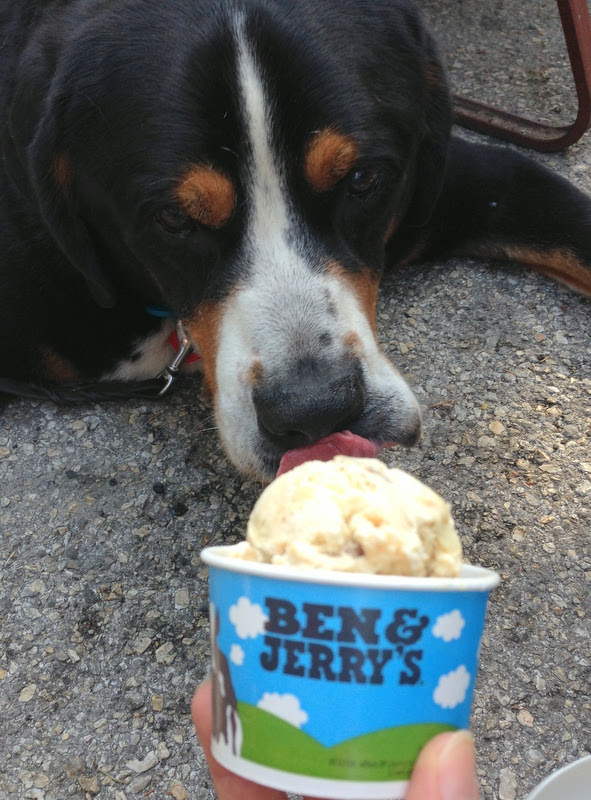 While on the Austin leg of their Texas Tour, Dan Bookmiller and Jana Steele made friends at many iconic locations. The Draughthouse is where @MouseTheDog got to enjoy a few scoops as well. 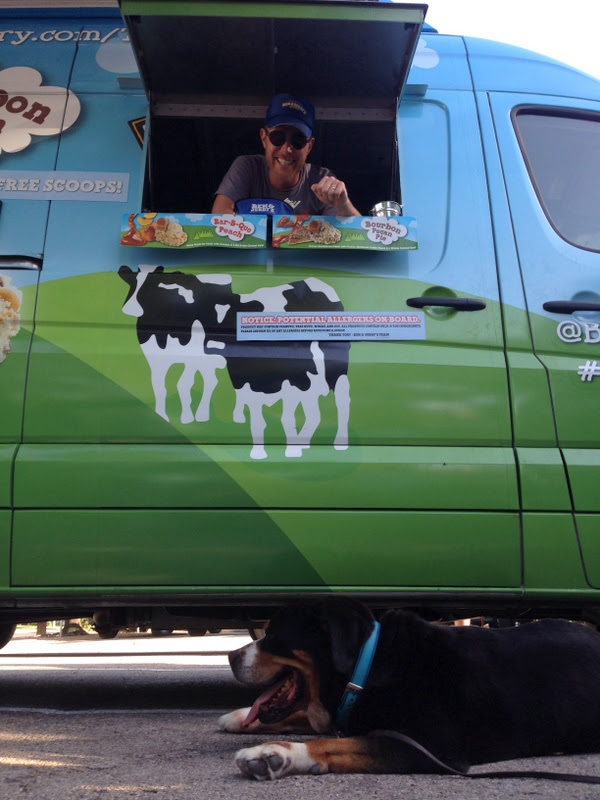 Here's Mouse and Dan on a Summer Afternoon. I love the pairing of Mouse next to the cows as his historical function is to herd cattle. 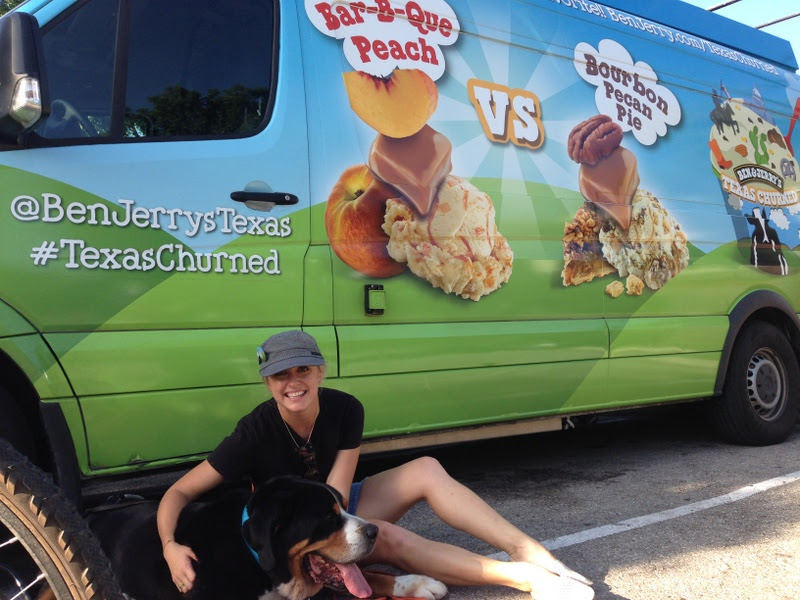 And here's Mouse and Jana posing next to the Sprinter. Did I mention that the Sprinter is equipped with a solar panel on top? That's another thing to add to my list of "Dream Sprinter" features. 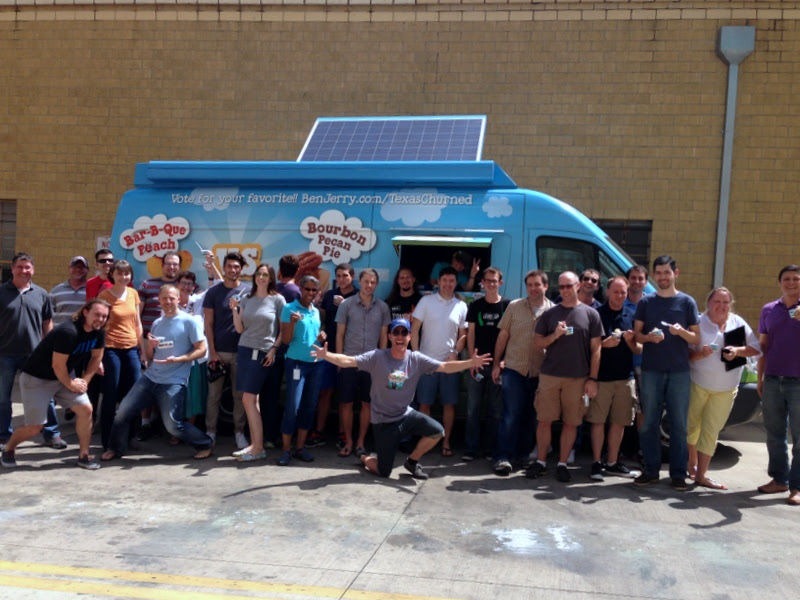 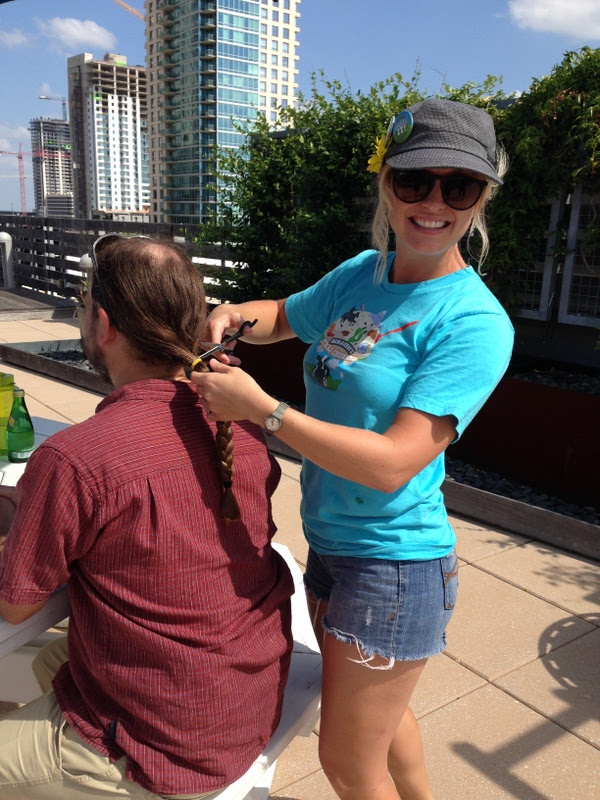 Here's Jana about t make the first snip on Marshall. 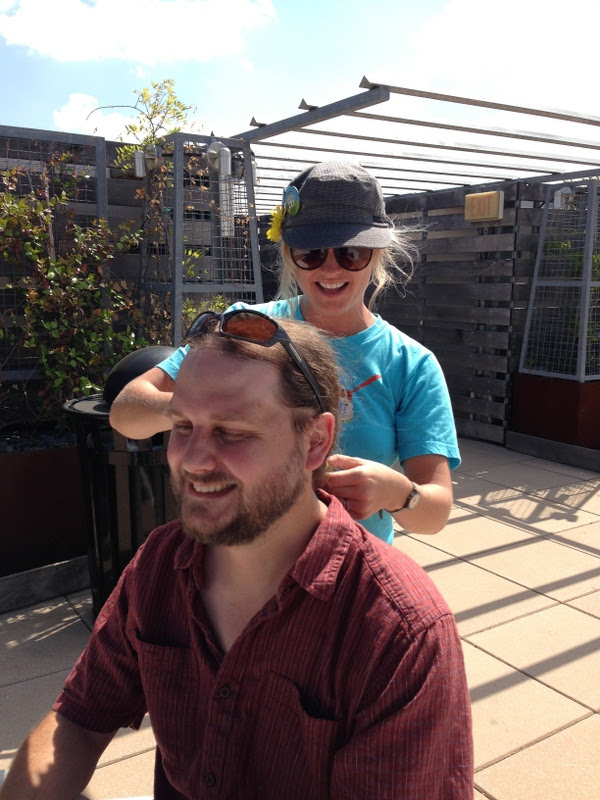 Marshall is really happy to get that hair cut off! 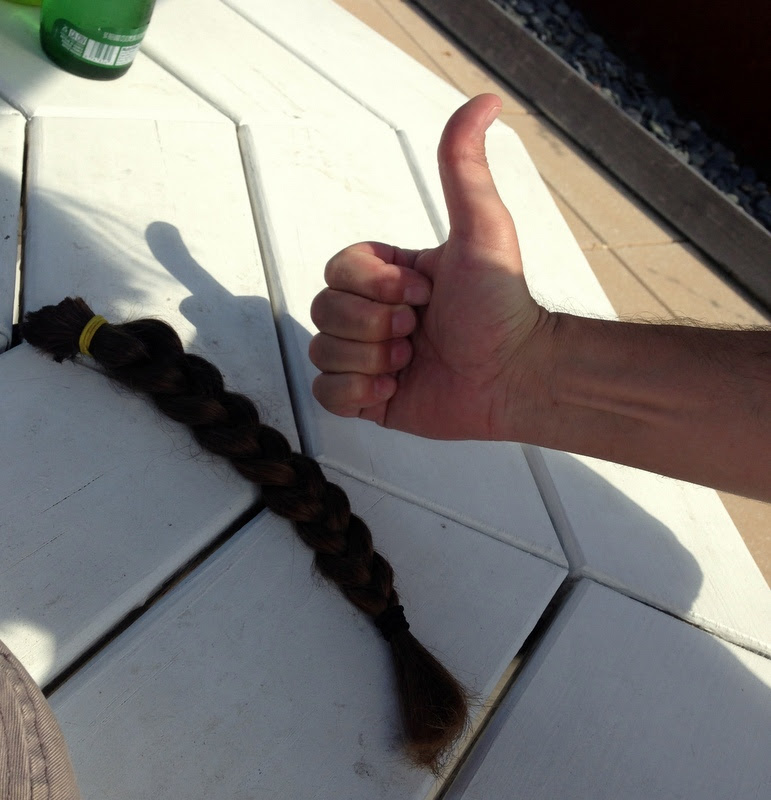 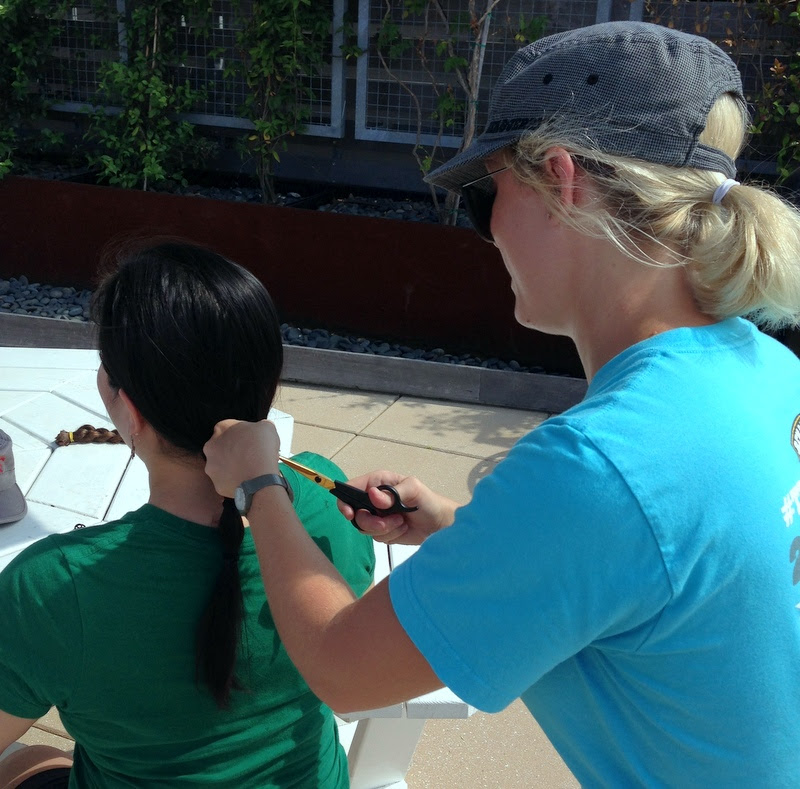 I'm next up. This is my seventh donation to Locks of Love. I have two ponytails to make it easier to cut. 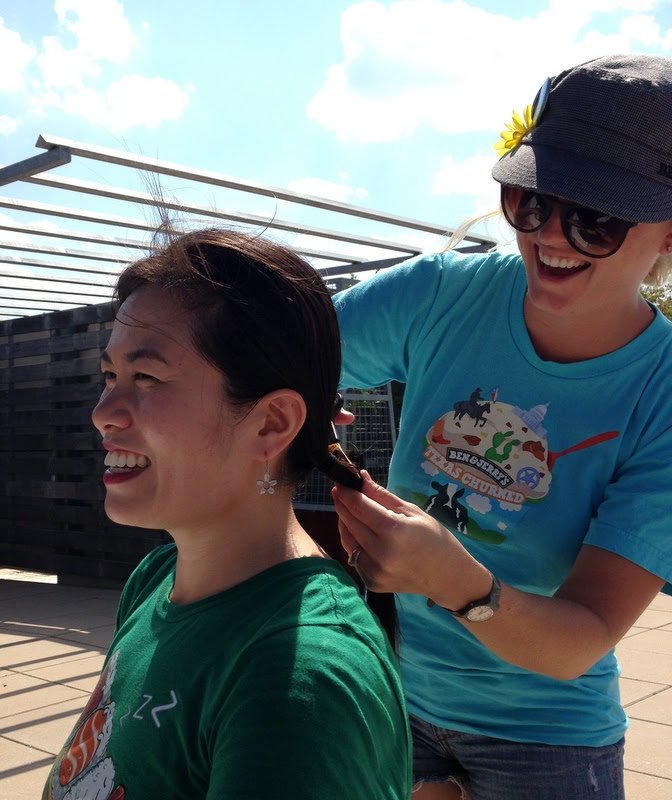 I am also extremely happy to get this hair cut. Jana was a pro at cutting hair. The entire process did not take more than three minutes, and that's including the time she took to give it a some style. 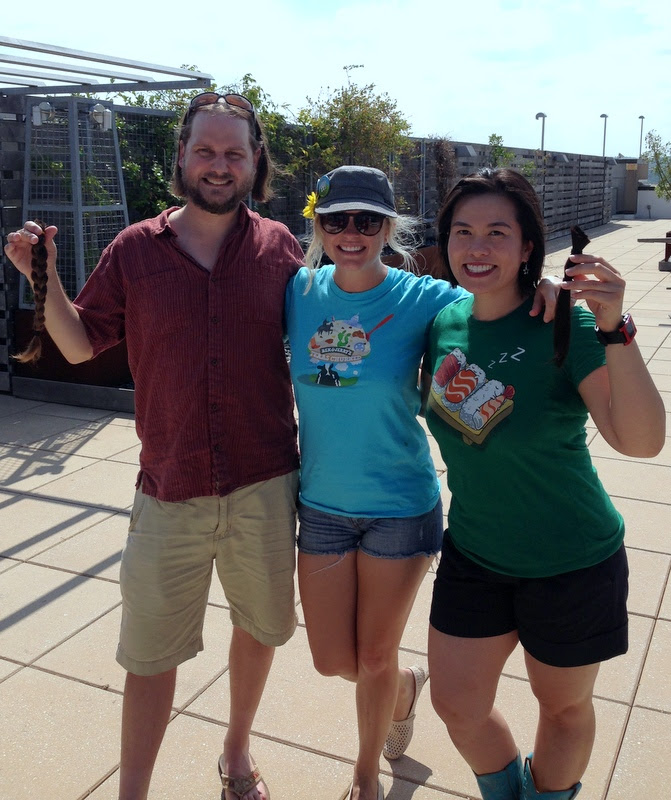 And here's the final results. Two ponytails. Two freshly cut hairdo's. And three very happy people.
Thank you so much to Dan, Jana, Ben and Jerry's for bringing delicious ice cream to Austin and helping us donate to Locks of Love. 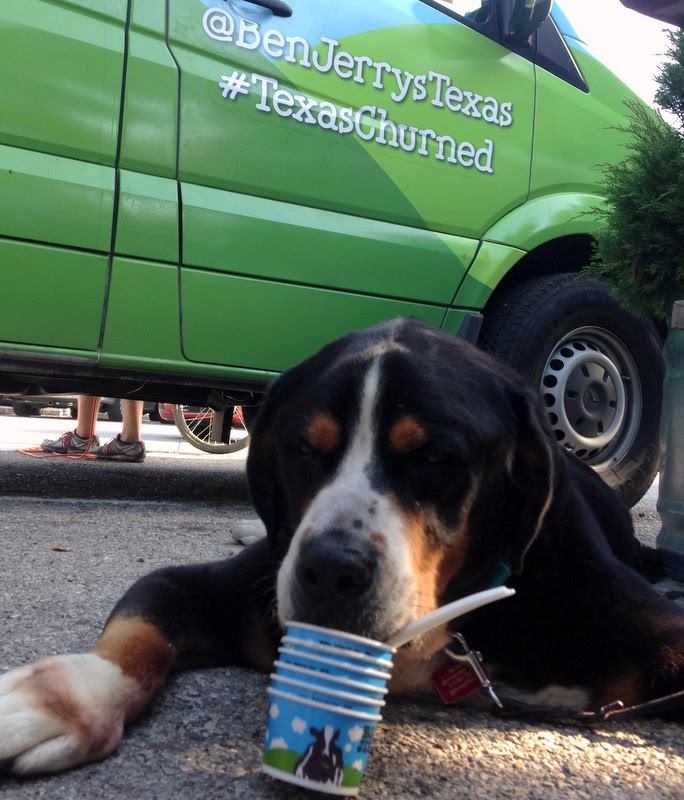 Mouse thanks you too!
Posted by PookieSoup at 6:00 AM