Behind the Scenes of @Cirque du Soliel's Quidam

It is no secret that I'm a huge Cirque du Soliel fan.  Over the years, I've seen about seven of the shows, each delightful in their own way.  My favorite show so far is Ka in Las Vegas.  I felt like the producers of the show said, "How much technology and creativity can we cram into 90 minutes?"  I won't give away any of the details about the show, but I will say that the it was an engineering and technological marvel.  I was super surprised when O'Neil Communications invited me for a backstage tour of Quidam with the chef!   Behind the scenes of Cirque, HECK YES! 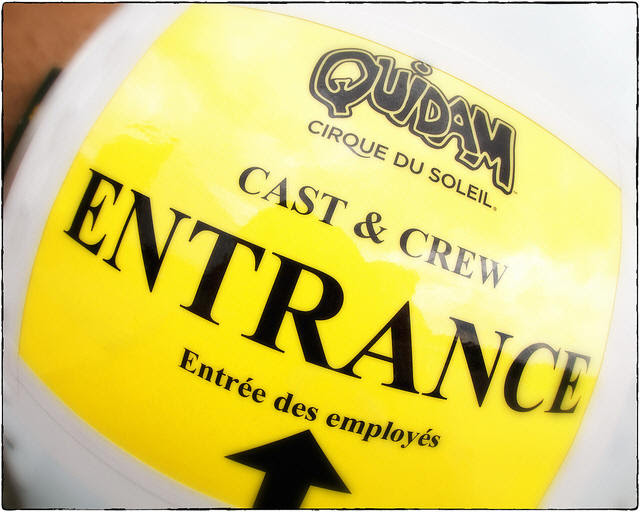 We arrived the day before opening night to see a plethora of giant 18 wheeler trucks.  I would think that the logistics of these traveling shows is nothing short of a head spinning task.  Travel arrangements, equipment loading, lodging reservations, and feeding the cast and crew are just a few of the issues.  Sometimes the cast and crew flies, and sometimes they are bussed.  The equipment is always driven to meet the cast and crew.   Cirque brings almost everything with them, quite literally.  While we were backstage, we saw racks of washing machines and dryers to launder the costumes.  Weight lifting machines were on rolling carts being unloaded from cases.  With the physical demands of being a performer on Cirque, it makes complete sense that the workout equipment should be available at all times.  I'm not joking about bringing everything. 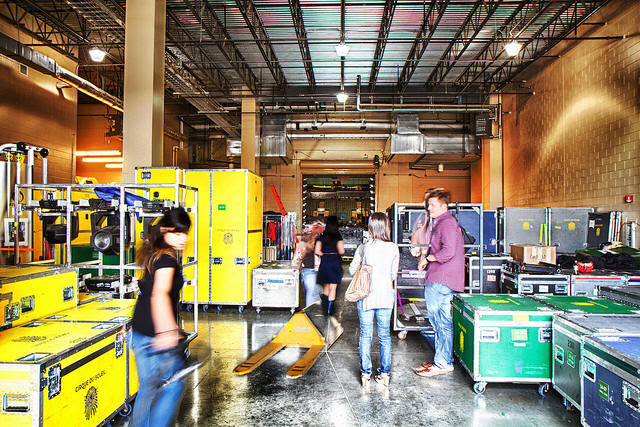 Without giving away too much information, there is a rotating stage at Quidam.  We witnessed the construction of this gigantic platform in awe.  It was no ordinary stage.  See the pictures for assembly! 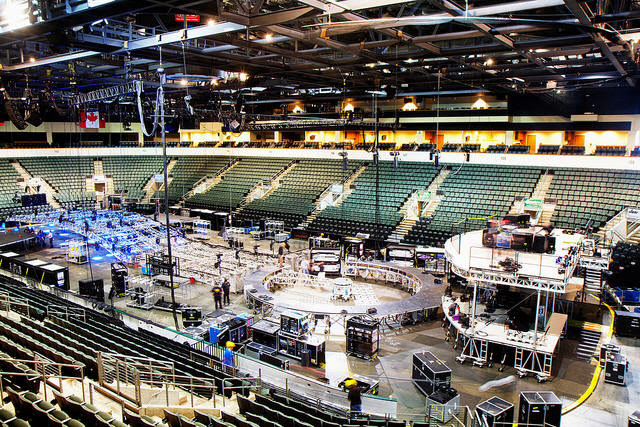 After exploring the venue for a few minutes, we met up with Chef Brandon Martin to take a tour of the facilities.  The cast and crew of Quidam make up 103 individuals.  Feeding hot meals to a group that size presents challenges.  Throw in specialized diet needs, and you're talking about major preplanning.  Chef works with a nutritionist to ensure that the athletes and crew are properly fueled.  I must say that much of the crew should be considered athletes too, considering all the heavy physical labor that goes into setting up the equipment. 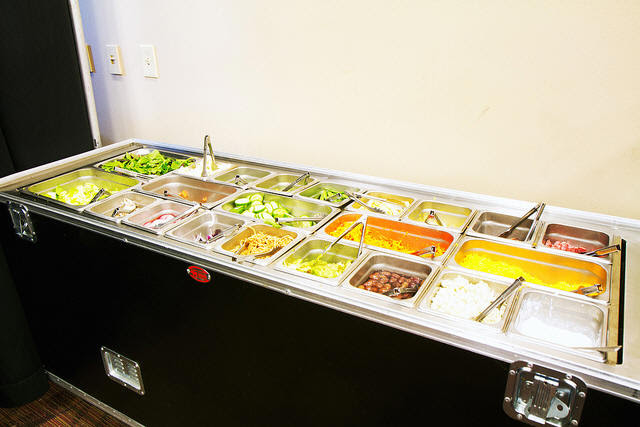 Sourcing food alone is a major challenge.  Cooking the food is another.  In some locations, they are able to move into a kitchen.  However, in Austin, they set up their own in an outdoor tent.  Checkout their awesome tool chest.  I love it! 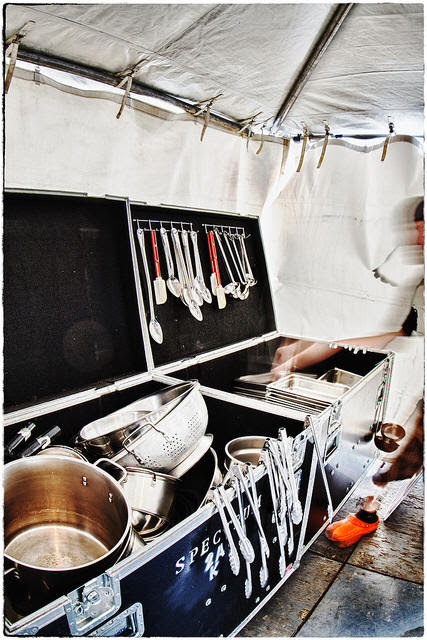 This would be one awesome camping set up.  One might think that cooking with 100+ hungry mouths might present problems in satisfying their preferences, but Chef Brandon says that the family-like crew is very easy to satisfy.  There's always a dry foods in the morning, followed by hot lunch and dinner.  Chef makes special meals on holidays and special occasions, and they do attempt to make some special requests from time to time. 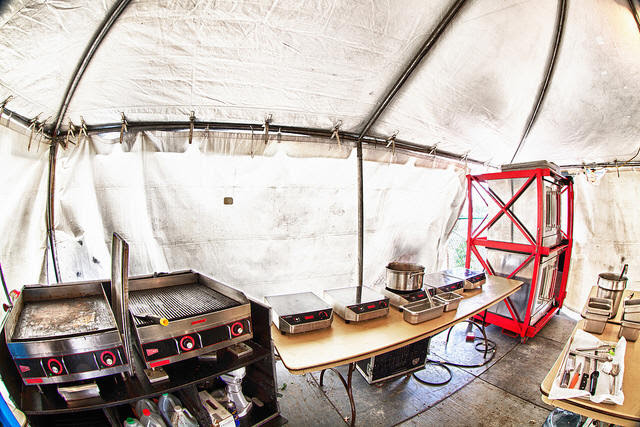 I enjoyed the show on Wednesday night.  If you haven't seen a Cirque show before, Quidam is highly recommended to pop that cherry.  Enjoy!
Posted by PookieSoup at 1:28 AM