Rock Your Taco at @AustinFoodWine

The Saturday night event was the Rock Your Taco Celebrity event.  Eight chefs made tacos for the masses, that were judged by a panel consisting of Gail Simmons, Andrew Zimmern, and FOOD & WINE Magazine publisher Christina Grdovic.  The Rock Your Taco Champion of 2012 was Uchiko Austin as chosen by the panel.  However, there were some other really tasty tacos.  It would have been difficult to chose a favorite!  I think for this post, pictures are worth 1000 words. 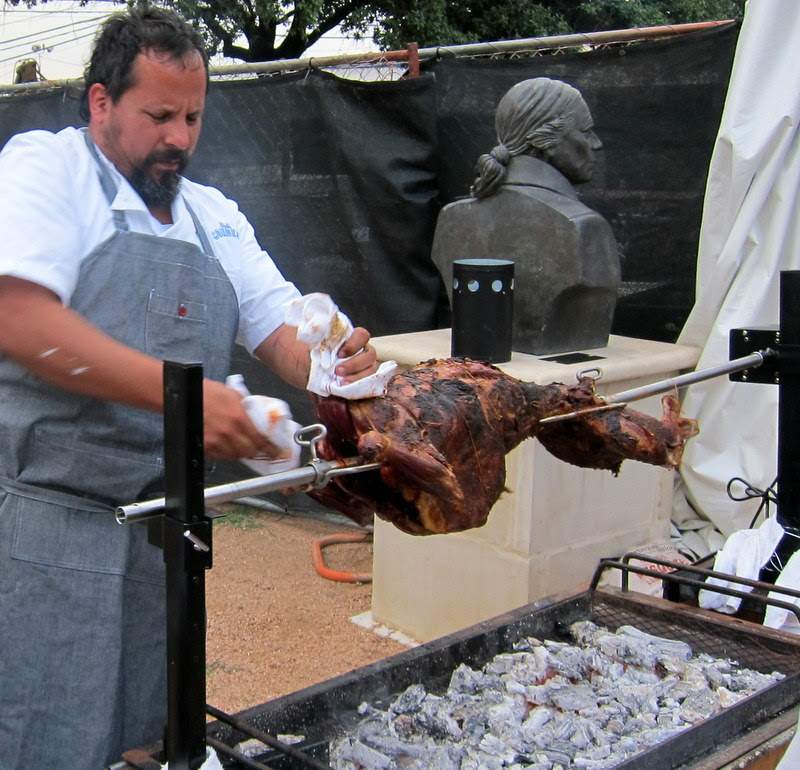 We arrived on the scene to see Chef Rene Ortiz giving Chef Tim Love a helping hand with meat roasting. Chef Morimoto was one HARD working chef.  I barely saw him leave the station behind the tent during service. 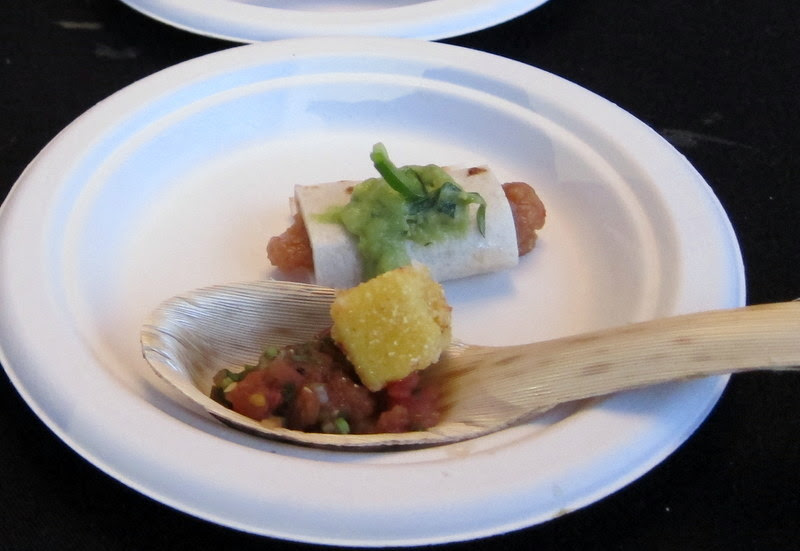 And here's the Morimoto taco. 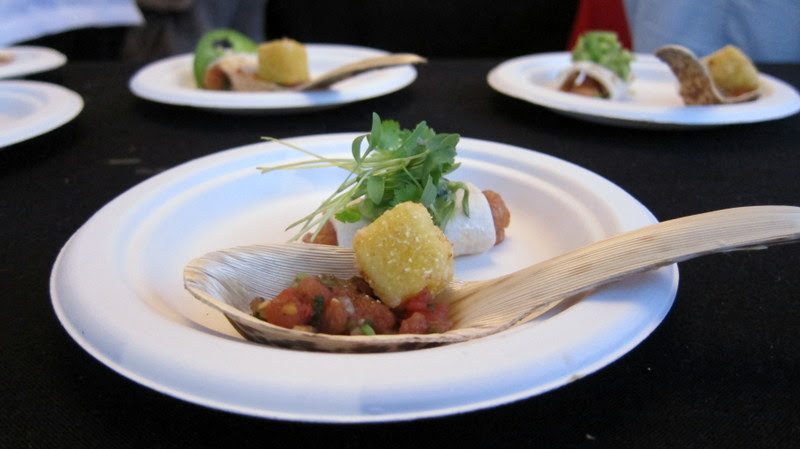 And another shot of the Morimoto taco. 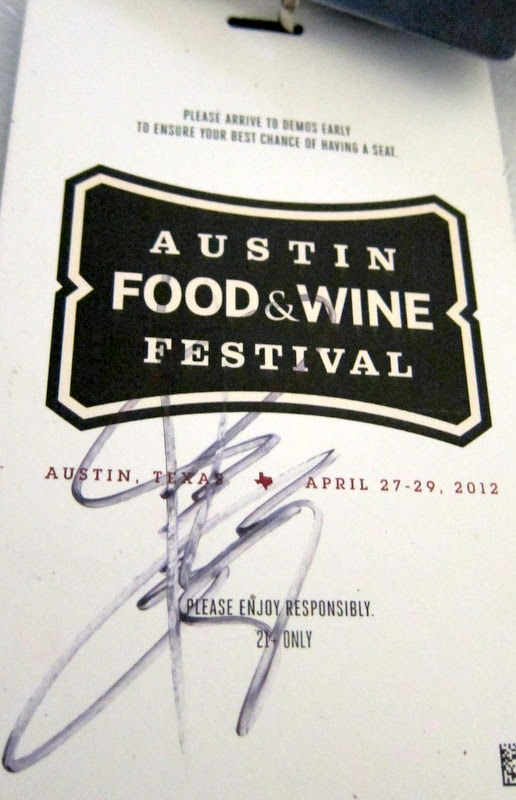 And Morimoto signed my badge.  *sigh* 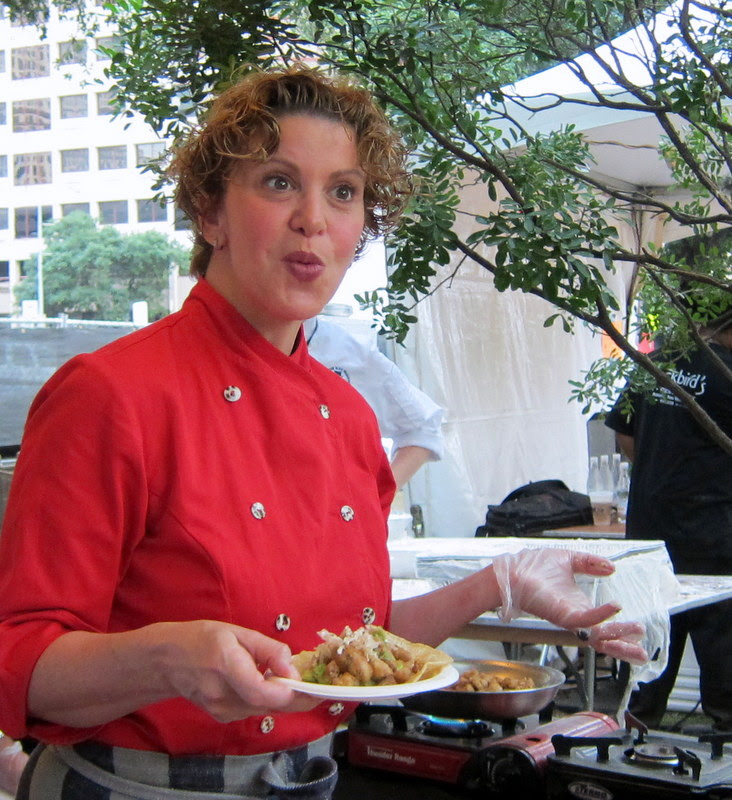 Michelle Berstein's sweet bread tacos were quite tasty I must say. 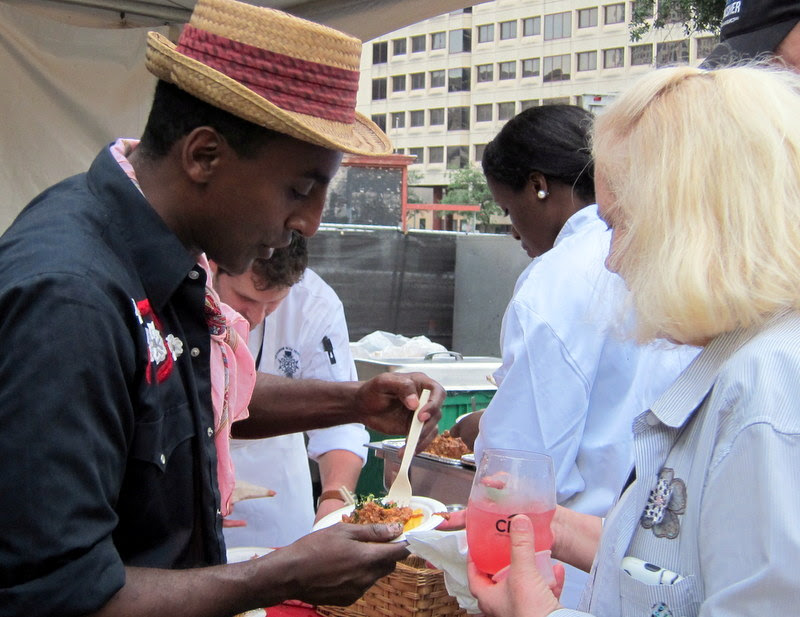 Marcus Samuelsson's curry tacos with pate was really flavorful and inspiring.  I'm thinking more about Indian/Middle Eastern and Mexican food fusion after this one. 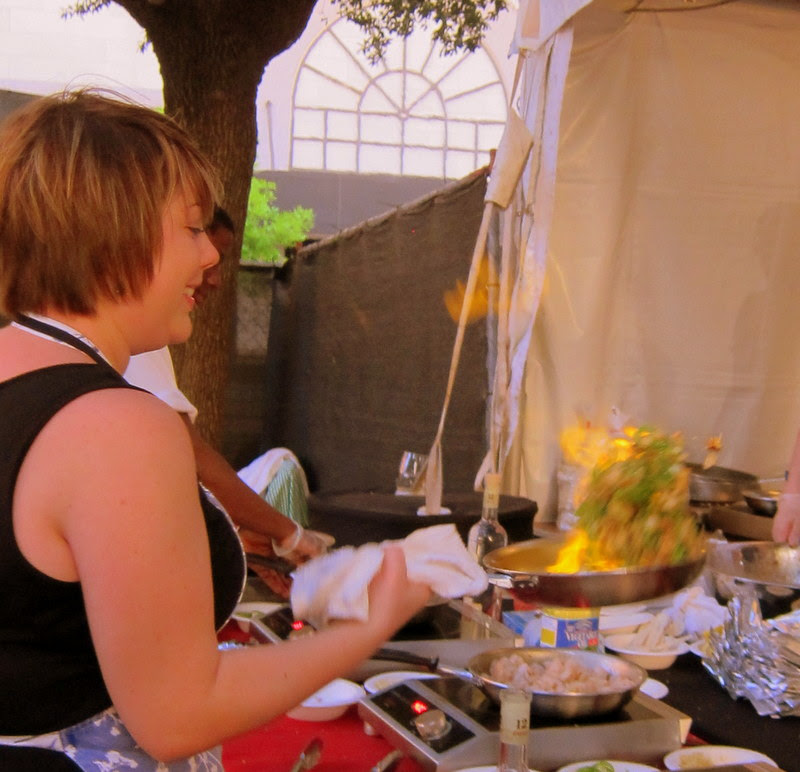 Chef Sarah Grueneberg flambes her shrimp tacos with Ouzo! Those are indeed flames.  I did find the shrimp tacos to be intensely and wonderfully spicy.  I like things really, really spicy. 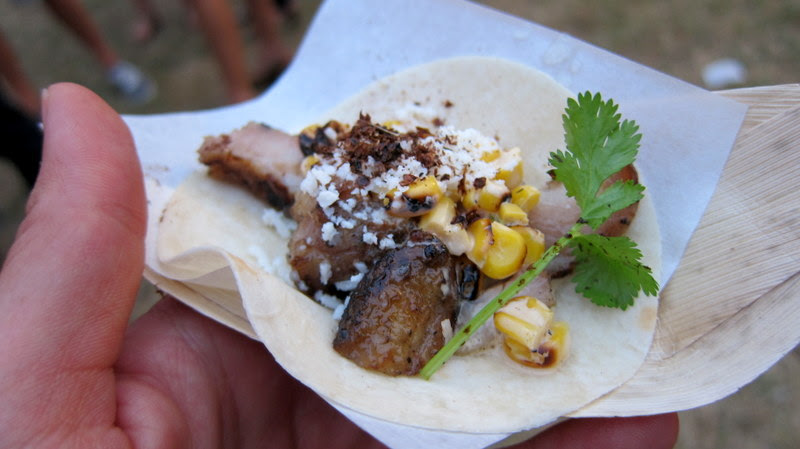 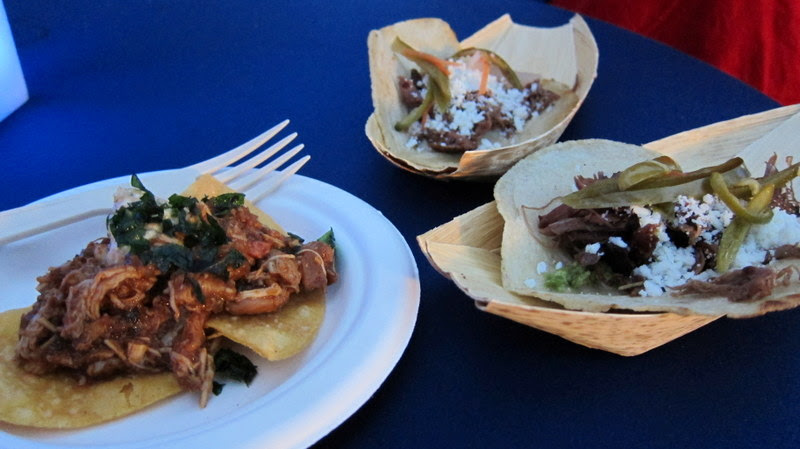 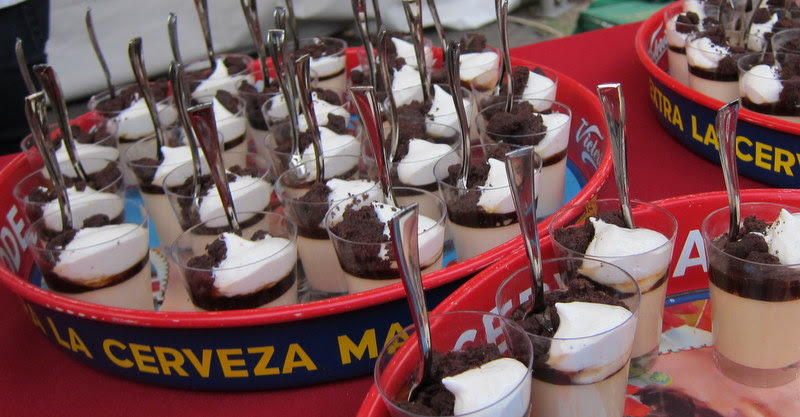 Posted by PookieSoup at 8:01 AM