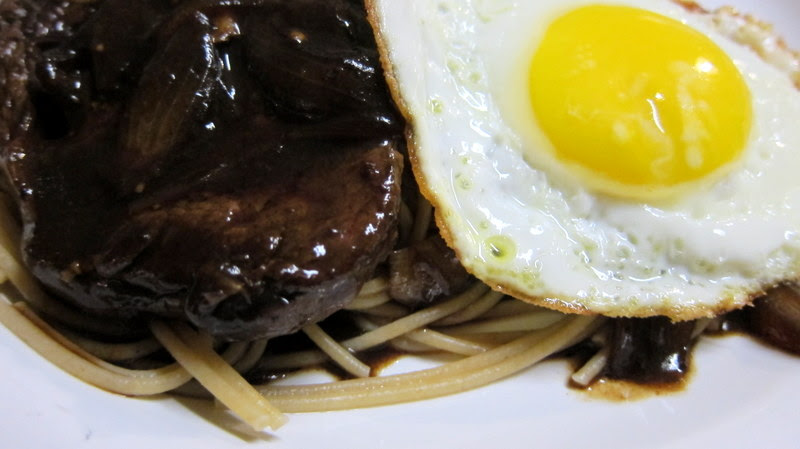 7.Traditionally, this dish is served on a sizzling hot cast iron skillet.  Noodles on the bottom, steak on top, and smother with onions. Add cooked Asian veggies if you like, and top with the fried egg.
Posted by PookieSoup at 10:00 AM