Growing up, chili cheese fries were a thing you ate a the Sonic on a Friday night after the high school football game. Piping hot fries covered with spicy chili and cheese out of a can were classic. It was the Texas version of fries + meat + cheese. Another famous take on meaty fries is the poutine, a Canadian dish of fries covered with cheese curds and gravy.

The dressed up fries don’t stop there. Chilantro based in Austin, TX has their version which is covered in bibimbap meat, caramelized kimchi, cheddar + monterey jack, onions, cilantro, magic sauce, sesame seeds, and sriracha. Salt Traders in Round Rock has the chowder fries: fries covered in clam chowder, bacon, and leeks. And the new Soursop Austin has a version of crispy fries covered with rice cakes, five spice flank steak, rau ram, Thai basil, and pho gravy. 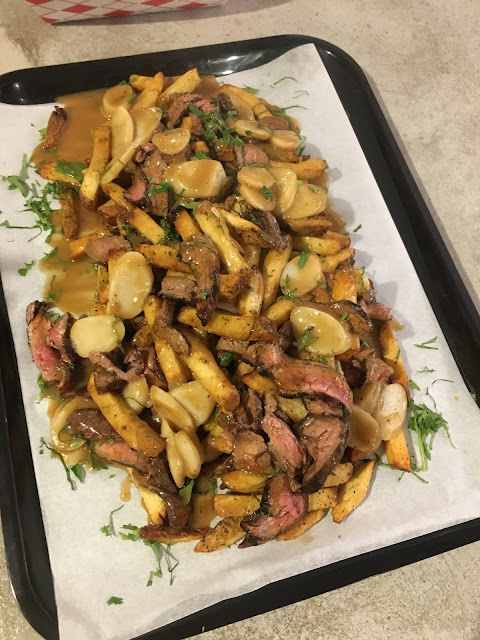 These dishes aren't always the prettiest of dishes, but the taste makes up for that cosmetic short coming.

There are a few other versions of fries + meat + cheese concoctions including the carne asada fries that are served in the San Diego area, Halal snack pack in Australia, and the mitraillette in Belgium where it is served as a sandwich.

While in Maastricht, an American exchange student who recommended a version that he likes to have after a long night of studying. It was called the kapsalon, which oddly means hairdresser in Dutch, at an eatery called Isis Grill (as in the Egyptian God Isis). So one day, we took a short walk to the restaurant and ordered the kapsalon. 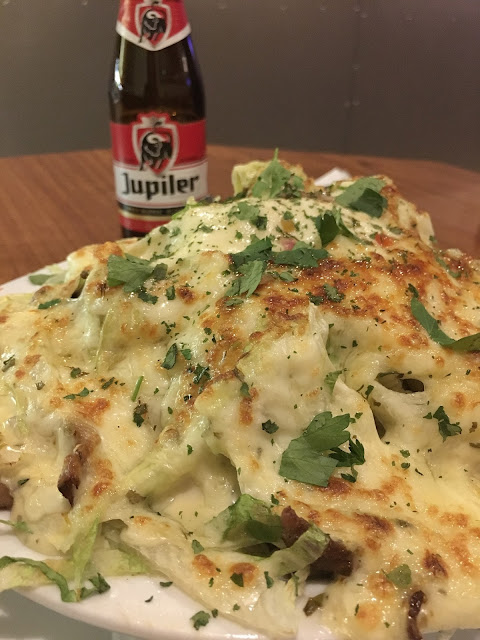 A large pile of fries was covered in lettuce, doner meat, garlic sauce, and melted cheese. It did certainly taste like what I’d have after a long night of studying. I’d recommend it at least once because fries are always good, and so it garlic sauce and cheese.
Posted by PookieSoup at 6:00 AM