You want Turkish pizza. You really, really want Turkish pizza. We stumbled across this gem of a dish late at night while searching for a tasty bite in Amsterdam near the Anne Frank Museum. Sefa Grill had pretty good reviews on Yelp and TripAdvisor, so we decided to give it a try. 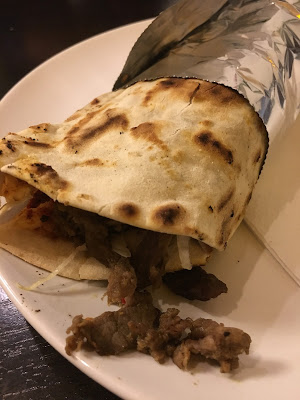 It may not be the most photogenic dish, but it is a tasty one.

We ordered a pretty standard meat platter, and what we thought was a pizza. What came out was more of a wrap than a pizza, and it was absolutely delicious. The crispy and flakey wrap warmly hugged hot, juice doner meat and sauce. It was so good that I could have finished one in 90 seconds. I probably could have easily eaten 3 or 4. 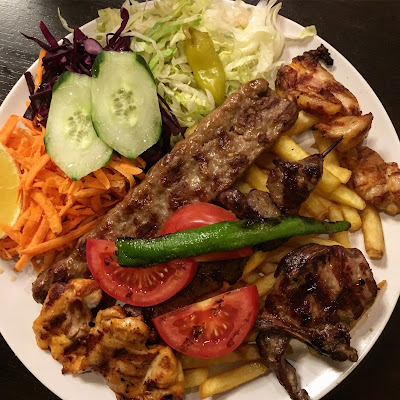 The mixed grilled platter at Sefa.

You  might be confused about why something that looks like a wrap is called a pizza. We had this dish a second time at a shop on the busiest shopping center in Leiden, and we got a sneak peek at how they are made. 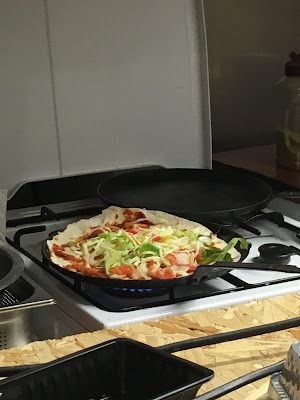 I took this photo from over the counter. 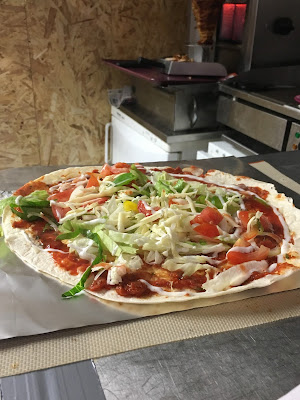 This one had more traditional pizza toppings.

These pizzas are very affordable at just a few euros. You can always add more toppings for a more extravagant pizza. They were on the menu at shops every few blocks in Leiden, and they are also plentiful in Amsterdam. Sometimes Turkish pizza is called lahmacun, though it is typically served flat instead of rolled. Enjoy!
Posted by PookieSoup at 4:00 AM