Samuel Adams Boston Lager started in the kitchen of Jim Koch some 26 years ago.  Today it is the largest American owned brewery, and though their reach spans far and wide, not all of their products are available everywhere.  At the Sam Adam's media brunch, I had the opportunity to taste three oak barrel aged beers that aren't available yet in Texas.  My favorite was the American Kriek.  The American Kriek was tart, smelled sweet, and wonderfully bright.  Hope this one comes to Texas soon. All photos by John Knox. 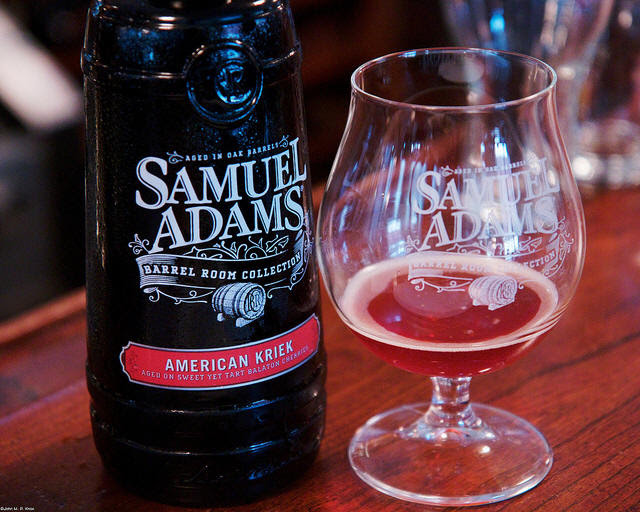 In addition to a brunch of foods cooked with beer, we also participated in the Samuel Adams LongShot American Homebrew Contest voting.  The beers were brewed by Samuel Adams employees, all of which were women.  This beer (along with two other homebrew winning entries) will be brewed, bottled, and distributed nationally in the 2011 Long Shot Category 23 Variety 6-pack.  The category 23 is a group of beers that don't fit into the other 22 different categories of beer. 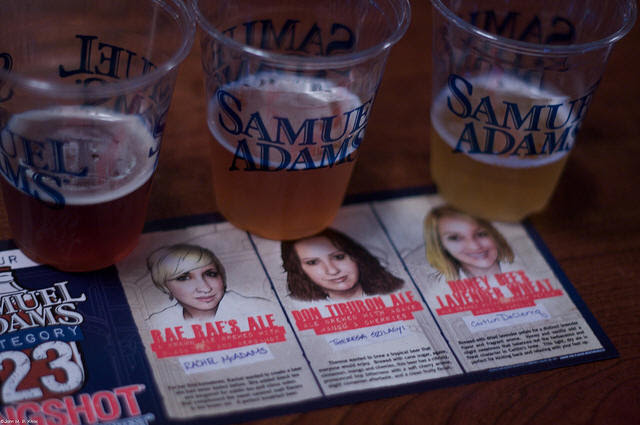 It's pretty cool to one of the top three beers out of hundreds of entries, but it is even more cool to  have your face plastered on a tap handle.  Honey Bee's Lavender Wheat brewed by Caitlin DeClerq was the winner this year, and I did vote for her.  I like lavender so it was pretty obvious who I was going to choose. 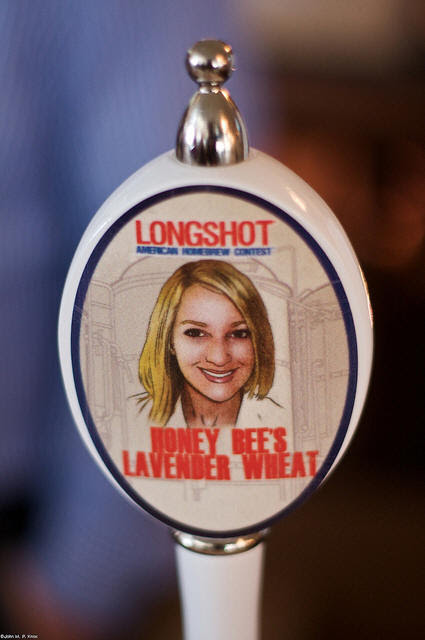 And some winner's presentation photos. 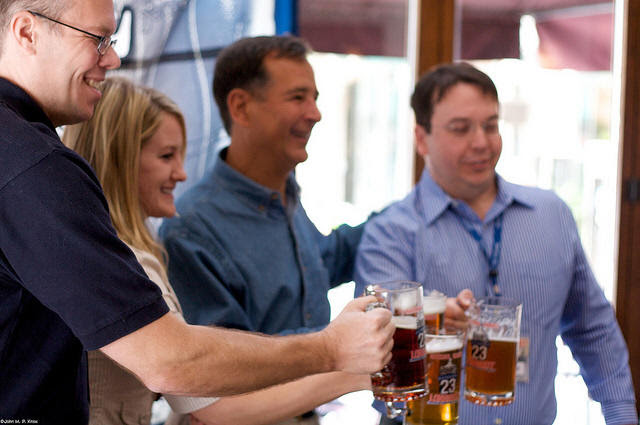 In addition to Caitlin's beer, two other homebrew entries (non-employees) were previously selected as winners.  The two winners Richard Roper - Friar Hop Ale and Rodney Kibzey (below) - Blackened Hops beer will also be in the 2011 Longshot Category 23 Variety 6-pack. 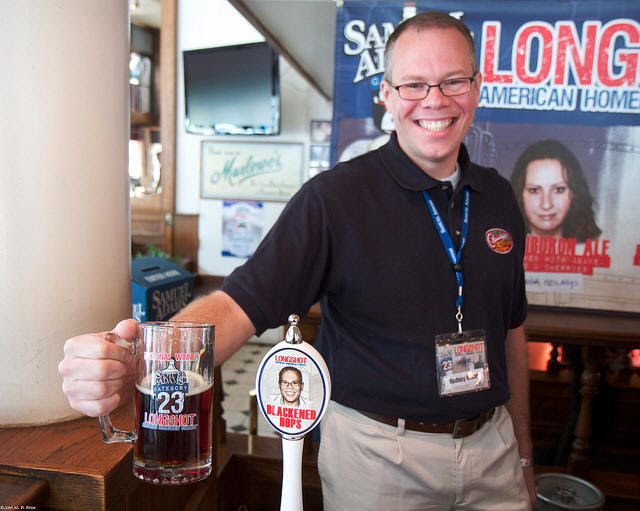 Congrats to all the homebrewers.  I might want my face on a tap someday.  That's pretty awesome.
Posted by PookieSoup at 10:38 AM