While it is pretty public, not many people know that I had a life in efficient driving.  I’ve tested a number of vehicles, with a record of usually getting 150% over EPA in most cars.  Sometimes I can double EPA if I really tried hard. 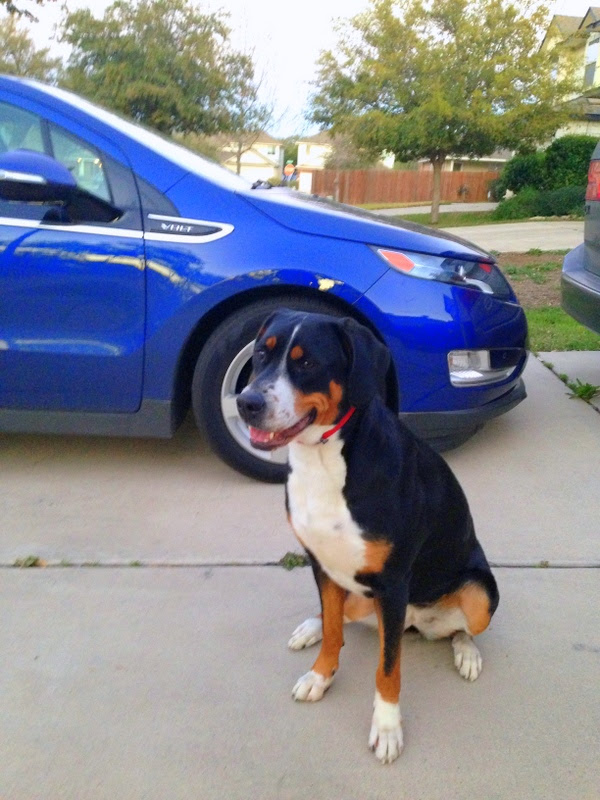 When I had the Chevy Volt for a week (big thanks to Chevy!), I was pretty stoked that by day two, I was able to do something pretty difficult.  I drove from home to downtown, circled around a few miles, and parked without depleting any electric or gasoline in the process.  Not using gas is pretty easy if you’re charged up, but you’re using electric.

You might be wondering how on Earth I managed to do that.  To say that I didn’t use any electricity is not truly accurate.  What I did was use electric to get the car moving, but then I used regeneration (regen) to charge the battery.  I’ll reiterate that this was not an easy process.  Hacking a vehicle requires a large amount of brain power and planning. The following observations I made in the Chevy Volt only pertain to the Volt.  While there are some generalities when driving efficiently, cars will behave differently.  What works in the Volt may or may not work in the Leaf, Prius, or other vehicles with an electric component. One thing that does work in every single vehicle is to quit idling.  If you’re not going anywhere, turn off your car.  I’ve watched people idle their cars in their own driveways for 15 minutes at a time.  It seems rather obvious to turn off the car if you aren't using it, but I digress. 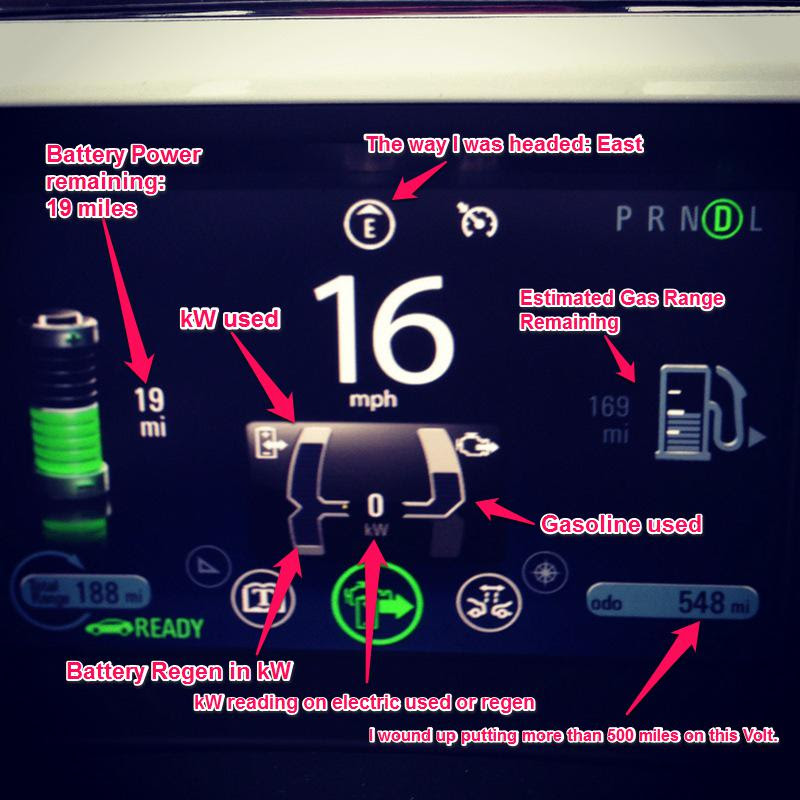 The motto in efficient driving is: Don’t be on the gas or brake!  However, with the Volt, I can enjoy braking.  Usually, coasting is one of the best ways to be efficient.  However, if you can get some electric regeneration while you are "coasting" and maintain speed, all the better.  See diagram above for how to interpret the fancy interface.
After a few days in the car, I had a pretty good idea of how to *hack* the Volt, meaning how to drive it to its most efficient. Before you move on, always remember that safety comes first.  I usually leave at least 6-10 car lengths' buffer in front of me, and I check my rearview when braking as well.  Those are just some good overall habits to develop.  The chart below is based on my experience in maximizing regeneration. 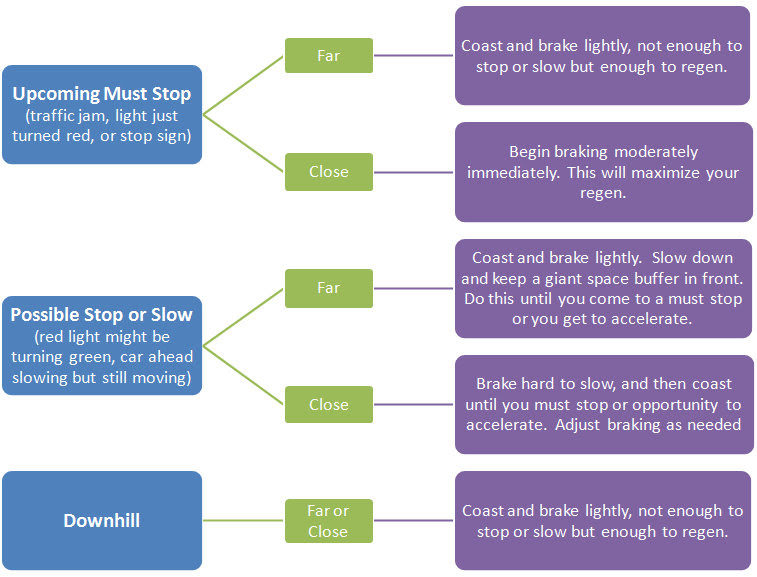 Using these techniques, I was able to drive from my home to downtown, make a few laps downtown to look for parking, and I used zero gas and zero electric.  In other words, whatever electric I used to get into downtown, I also regenerated it.  I was pretty pleased.  This style of driving is very different from traditional efficient driving in a conventional gas vehicle.  It is much more liberal with the braking as this leads to regeneration.  Below is a short trip in the vehicle just to show an example of one of the displays.  Enjoy and happy driving! 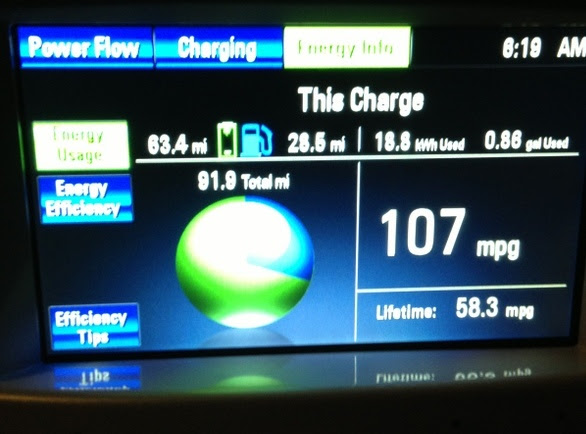 Posted by PookieSoup at 8:30 AM