Most. Awesome. Firetruck. Ever.

My enthusiasm for this red hot ride is barely containable.  This is why food in Austin in awesome.  As if Jack Gilmore isn't already one of the most kickbutt chefs, he brings this BEAST of a grill.  This is a real fire truck with a fully functional horn.  On one side, there are pull out grills.  On the other, beer taps and a margarita machine.  On top, you have a spit for roasting whole animals. 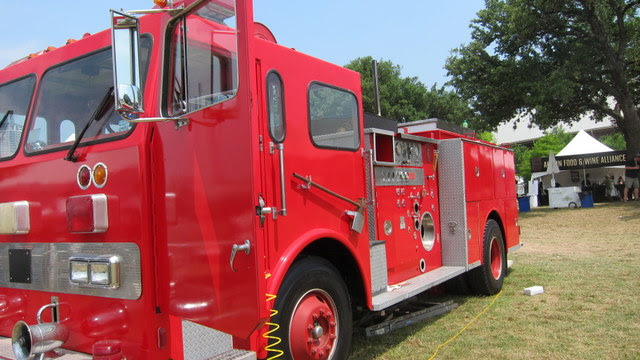 Here's the side of the fire truck.  It isn't fully tricked out yet, but you can see where it is going.

Also, don't forget that Jack Gilmore is a huge supporter of the Lone Star Paralysis Foundation.  He's donating another $12,400 from the Carl Miller Queso on his menu, and that just for the last quarter from April 2013. 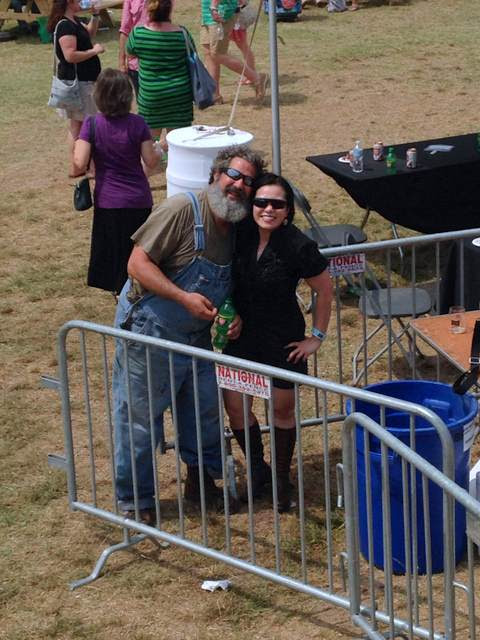 Someone on top of the fire truck took a photo of me with Mark Escobedo from South Texas Heritage Pork.  Mark and Kelley Escobedo are from Florence, TX, and they sponsored the pasture raised, custom fed, artisanal heritage pork. 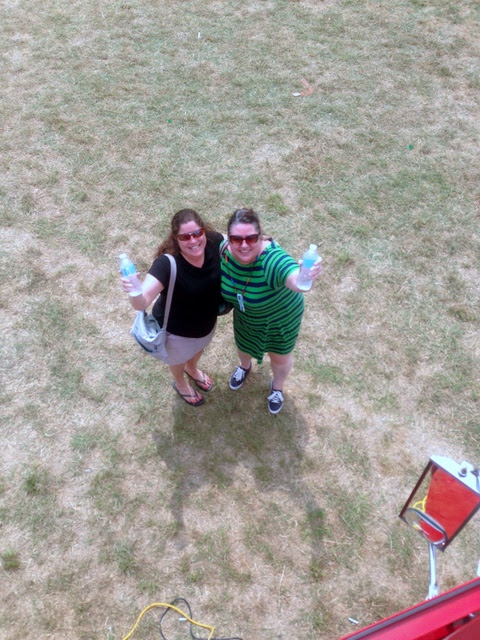 Here's a view of @ATXfoodnews and @BlindedBite from the top of the fire truck. 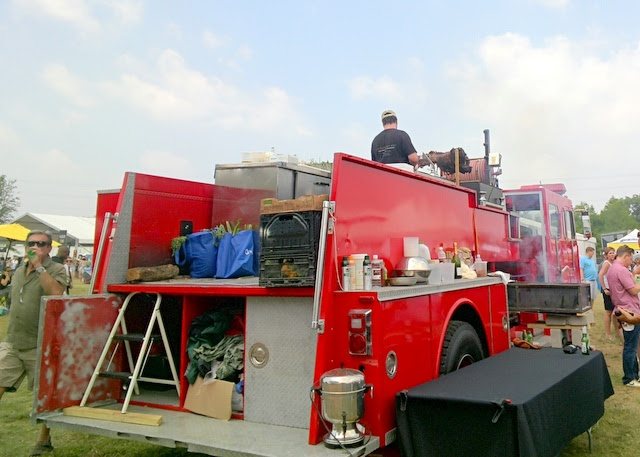 Here's the back of the truck.  Climb right up to meaty happiness. 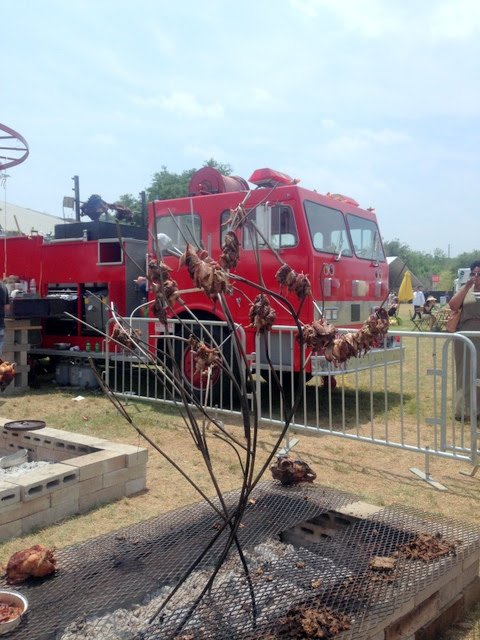 There was also a tree of quail.  Just hang them up for grilling. 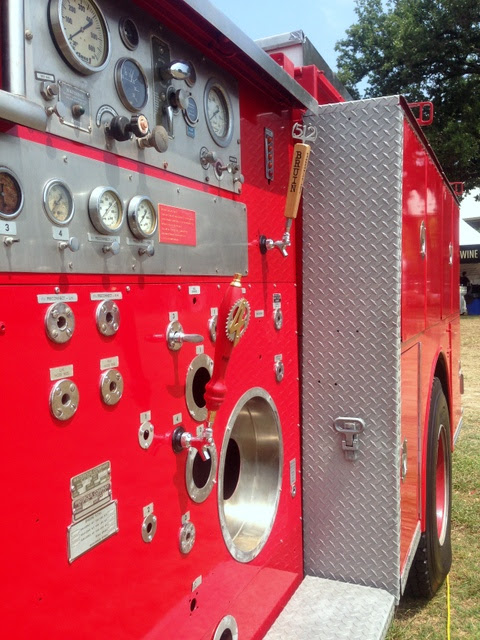 And here's the size of the fire truck with the beer taps.  It looks like currently on handle, we have Real Ale's Fireman's 4 and 512's Bruin. 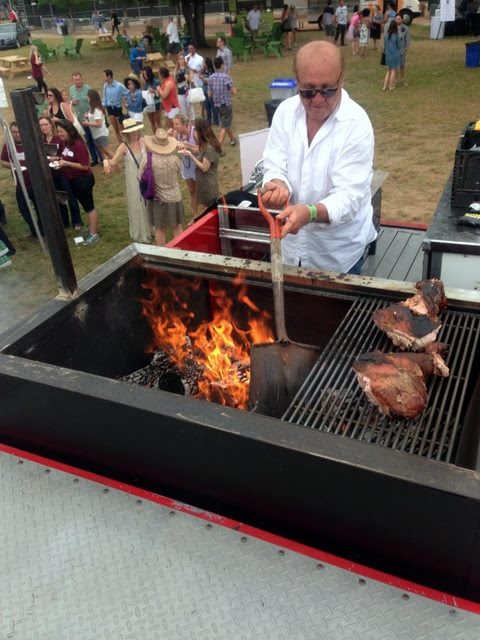 Here's the grill on the top. 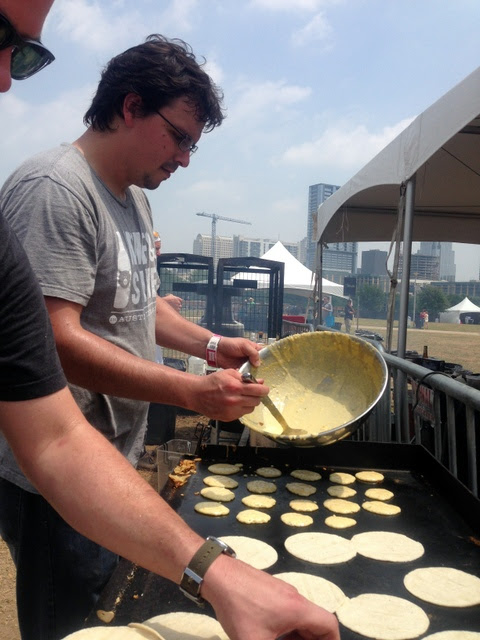 This wasn't on the fire truck, but it is still photo worthy.  Tortillas and corncakes. 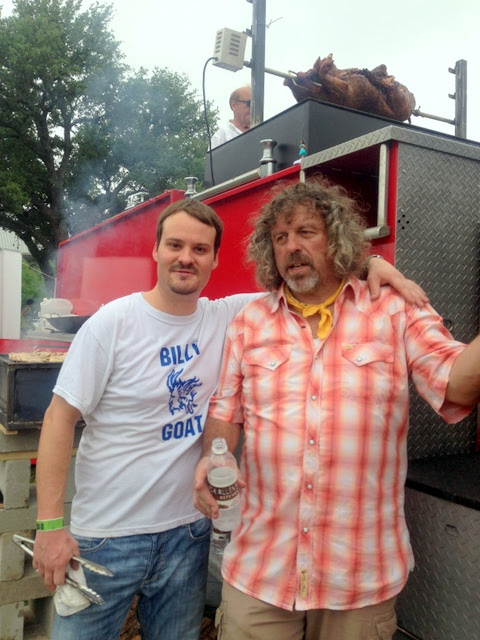 And here's the man himself, Jack Gilmore and Chef Chris. 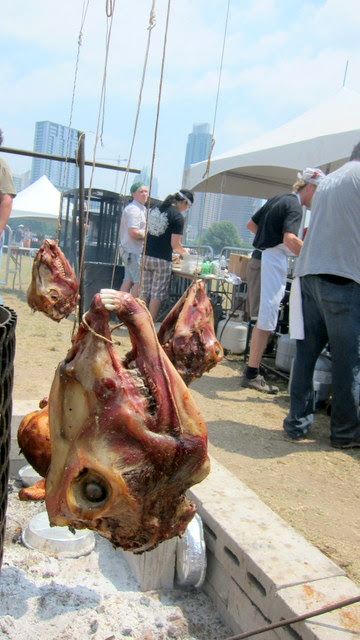 You might find this a bit disturbing, but the Asian in me finds this delicious. 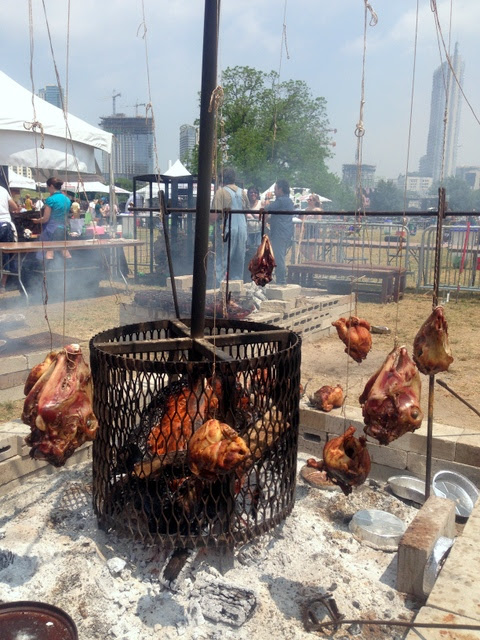 I guess this does look kinda disturbing to have animal heads hanging about.  Who cares?  It is awesome. 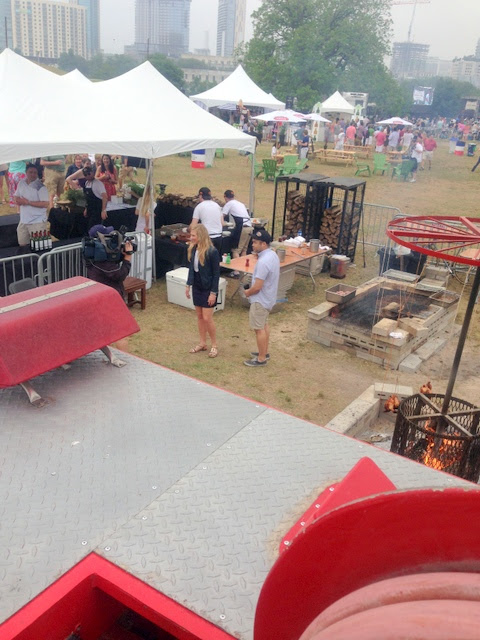 Another view from the top of the fire truck.

And a panorama from the top of the fire truck.
Posted by PookieSoup at 8:00 AM