One of my favorite events from the Austin Food and Wine Festival is Rock Your Taco.  Here's some photos of the fun. 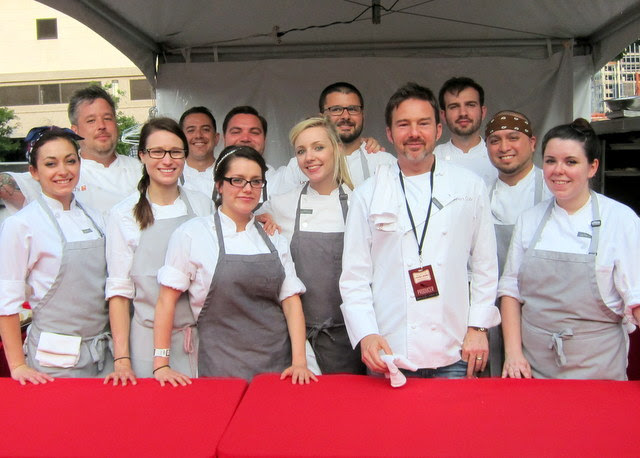 Here's team Uchi, the 2012 and 2013 Rock Your Taco winners.  If you've had your head in the sand, you might also know that this team is working hard to open St. Philip.  I follow Kerstin, the blonde front and center next to Tyson, on Instagram, and her photos of St. Philip are to die for, repeatedly.  Keep and eye out for their opening in a few months. 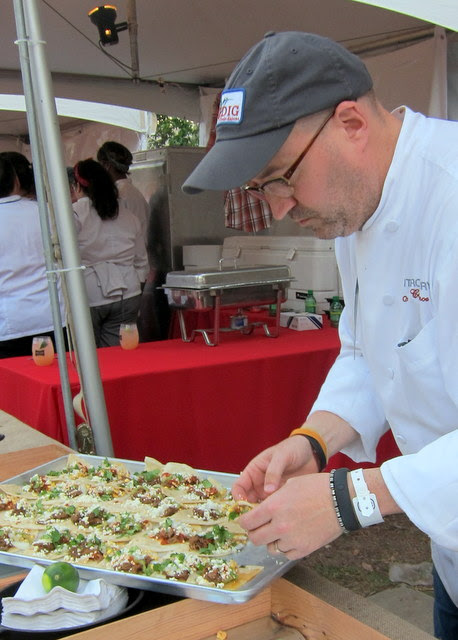 @Fedmanwalking and I had a nice long chat about John Currence of City Grocery in New Orleans.  And I will also sing the praises of Chef John.  His tacos were not over the top radical, but they had a well-executed familiar yet interesting component.  I actually had three servings of his tacos.  I'm guessing that be made tiny tweaks to make his taco really stand out.   I would have eaten more, but I had to save more for other tacos. 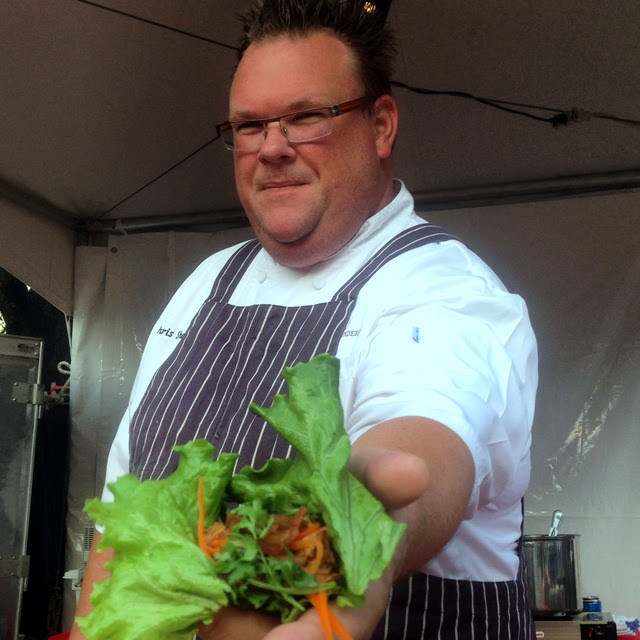 Chef Chris Sheppard offers me one of his tacos in a lettuce shell with cilantro and carrots for garnish.  Don't forget to congratulate Chef Chris on his recent James Beard nomination. 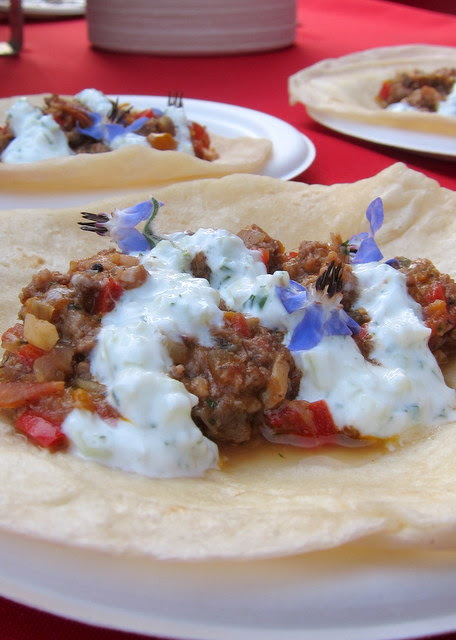 Here's the winning taco from Richard Blais.  It was sweet, savory, and floral all at the same time.  If interesting is what you are looking for, this was the taco to get.  I heard that the servings ran out early.  If you didn't get to have one, trust me on interesting.  And that's interesting good! 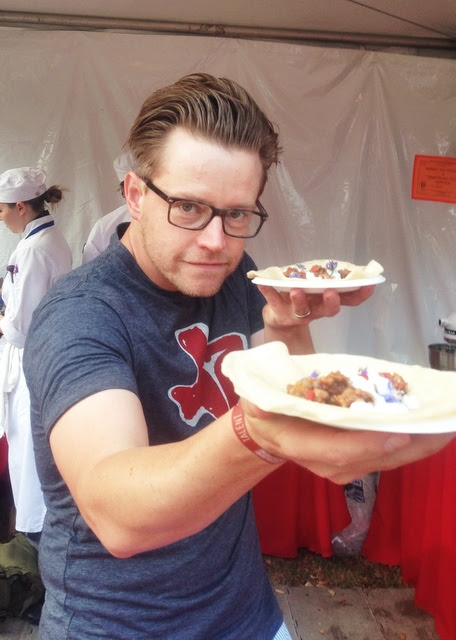 And here's the man himself.  His taco and his service is always styling.  I'm not sure if there are any more of those shirts left, but I'd definitely wear it. 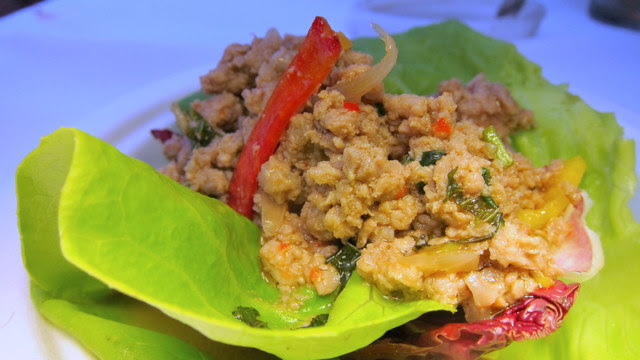 This delicious bite was from Monica Pope.  It was Asian inspired flavors served in a butter lettuce shell.  Very tasty! 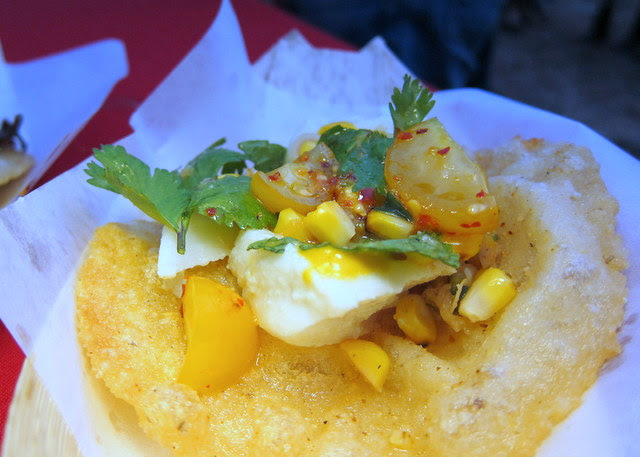 This was Tyson Cole's taco this year.  A puffy taco of wonderfulness. 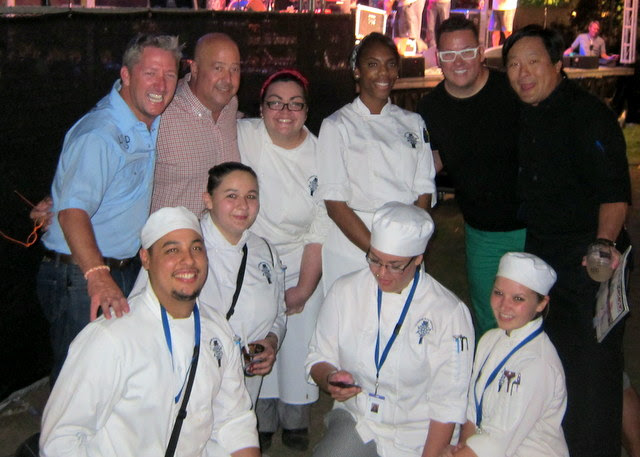 After the winner this year, Richard Blaise, was announce.  The volunteer culinary students wanted their photo taken with their the celebrities of the Austin Food and Wine Festival.  One students was so excited that she had to text a friend.  It probably started with "OMG!" 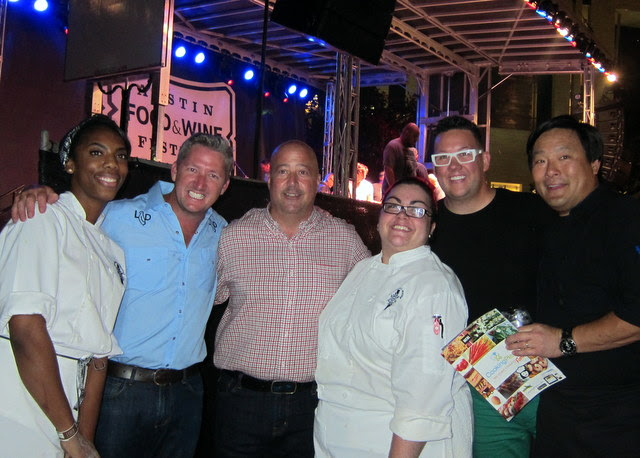 And here's another one of the students with Tim Love, Andrew Z., Graham Elliot, and Ming Tsai.
Posted by PookieSoup at 8:00 AM