You know what's just down the road that doesn't get enough love?  San Antonio.  Just an hour or so drive away is an entirely different and bigger city with much to offer.  Probably like the majority of Austinites, I had really had a chance to visit San Antonio like one should.  I've been there for conferences, dogs shows, business related events, but I haven't actually had the chance to experience San Antonio as a city. I mostly drove in, did my assigned task, and drove home promptly.
Lucky for me, I was able to attend Culinaria San Antonio this year - a week of food festivities with the purpose of giving back to the community.  They provide culinary scholarships and aid for personal hardships.  A summary of my experience: 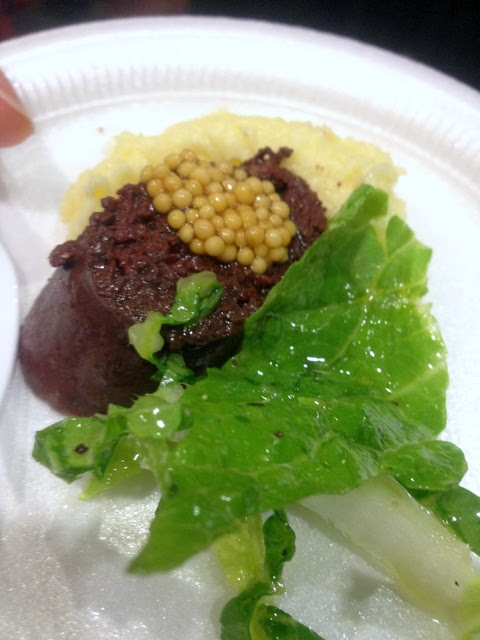 This delicious morsel of polenta, blood sausage, and mustard was from Gwendolyn.  A resturant with some serious history. San Antonio is lucky to have preserved restaurants that give insight to its history.  Historic places in Austin have now become condos.  RIP, original Gingerman and Paggi House. 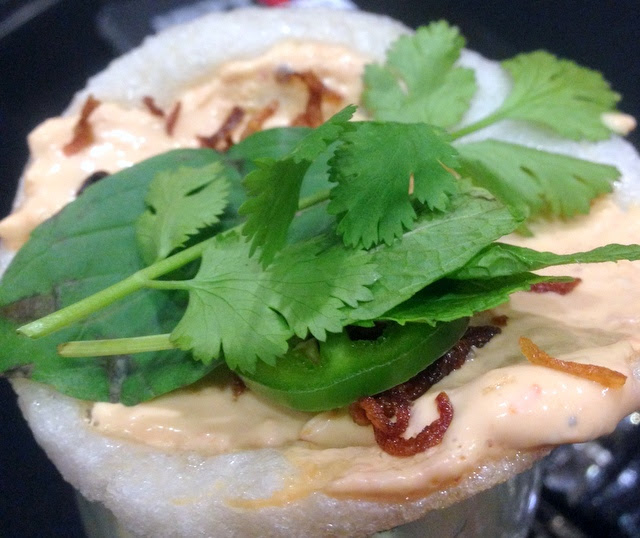 Jason Dady's Umai Mi's offering of an Asian style tostada.  Chef did not disappoint me. 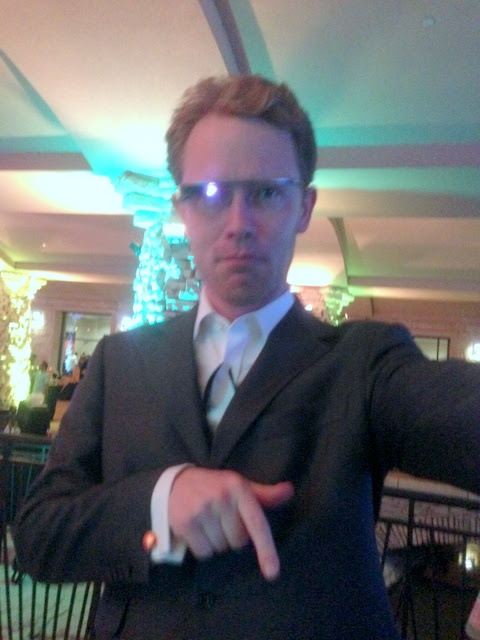 And no evening is ever complete without dance with a winemaker.  Frederick from Perdernales does me the honor of spinning around the Riverwalk. 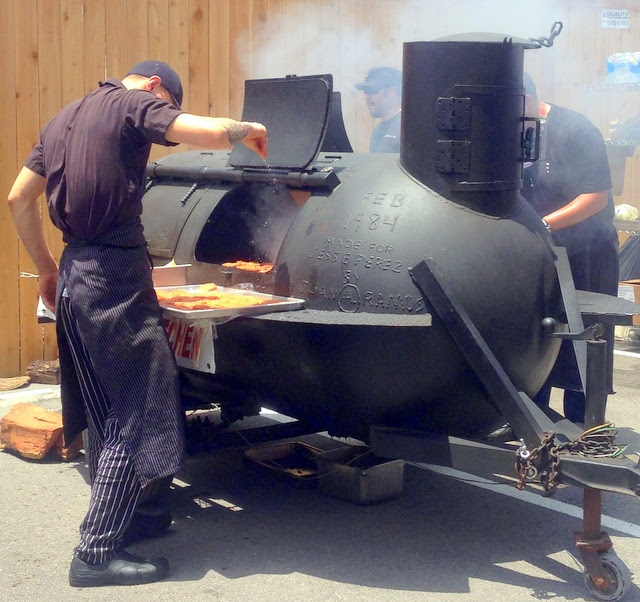 This picture is evidence of San Antonio chefs bringing their A game.  They do not play around with grills.  This was Arcade Midtown's set up. 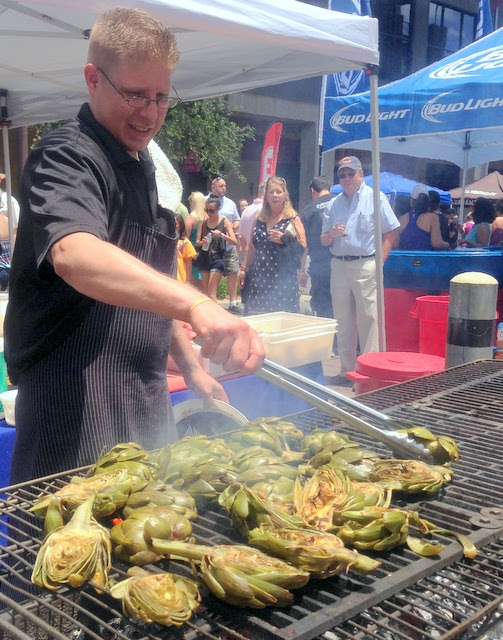 Chef Johnny Russ offered up many things at the Sunday Burgers and Beer event.  One of which was grilled artichokes, first boiled in crawfish boil, then grilled! 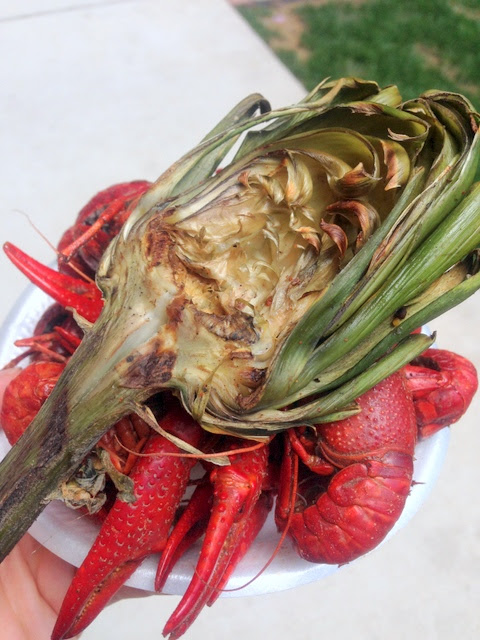 Here is the deliciously spicy artichokes and crawfish. 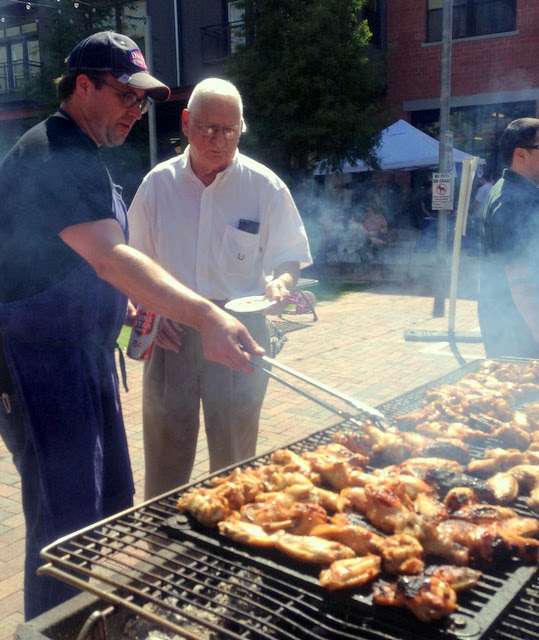 After that, Chef Johnny boiled chicken wings in the crawfish boil, smothered them with pepper jelly, and then grilled those tasty babies.  They were some of the best wings ever.  Better than traditional wings by far.  Also, if you didn't know, Chef Johnny Ross is a one Olympic lifting chef.  I witnessed him grabbing the ends of a hot spit with a giant roasted pig and power clean that thing off the grill and walked it over to a table.  Don't mess with Chef. 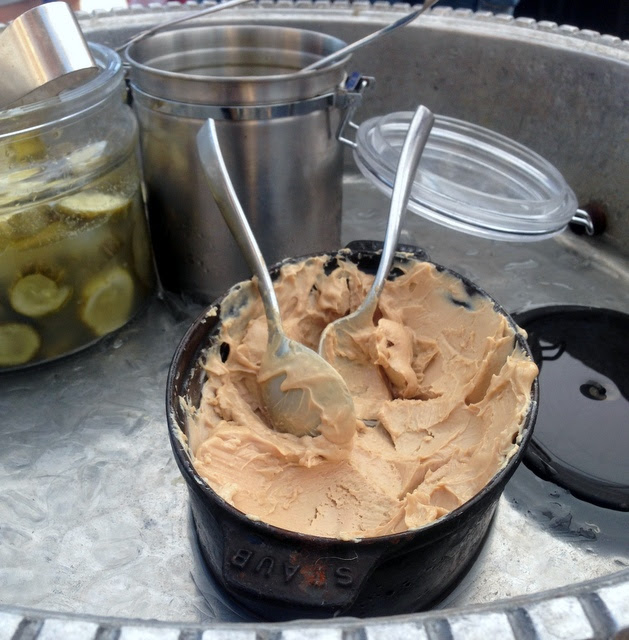 Just to make things interesting, someone brought a giant pot of foie mousse.  This is how they do it. 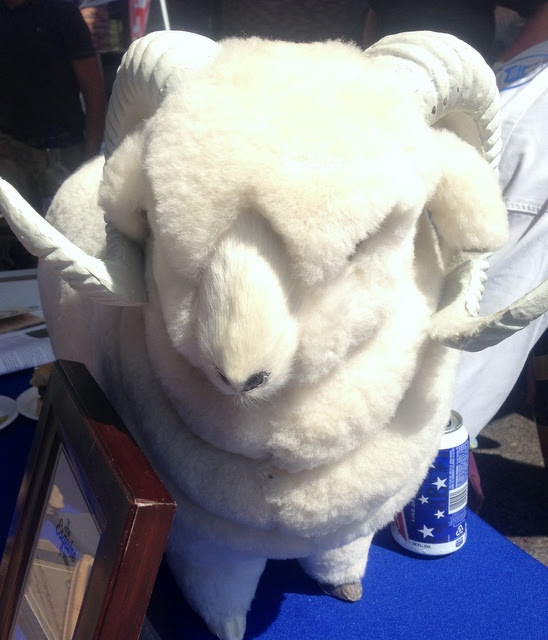 Esquire Tavern had lamb burgers.  Very tasty lamb burgers that I didn't take a picture of because I was too distracted with the lamb. 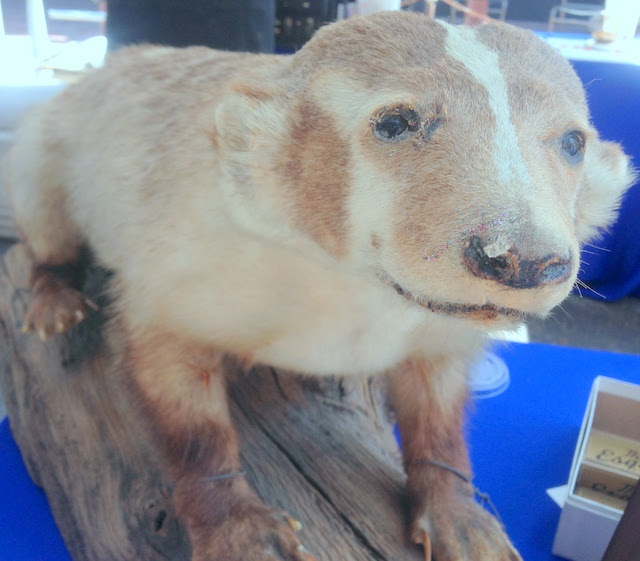 And their honey badger. 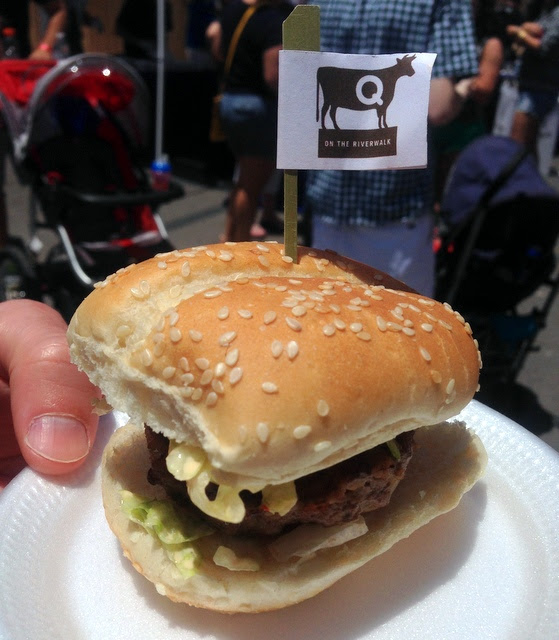 This was one of the pictures of burgers that I actually captured on camera.  Sorry, I ate the rest. This was from Q at the Hyatt on the Riverwalk.
Posted by PookieSoup at 8:38 AM