Unsung Heros of the Food World 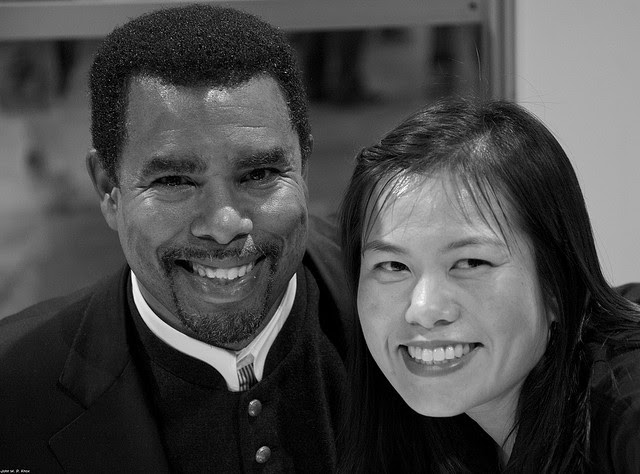 Garrett Oliver from Brooklyn Brewer - Garrett Oliver is the man that every man in beer wants to be and the man that women want to be with over a pint of beer at least.  Not only did Garrett publish one of the best books on food and beer pairing, The Brewermaster's Table, help push forward the Slow Food Movement, and recently win a James Bear Award, he is one of the most respectable beverage professionals on the face of the Earth.  I'm not saying just saying that he can handle his booze.  What I'm saying is that he is always clean, polished, well-spoken, and well-dressed.  Even after a hours of presenting at a beer pairing dinner, he is still answering questions with like answers so thoughtfully crafted and thorough that you would have thought T. S. Eliot was feeding him his lines.

Austin, you need to look at Garrett, seriously take a look at this man.  He can enjoy his beverages of choice, responsibly.  That, Austin, is attractive.

Some Austin heroes who are also in the category of responsible beverage professionals:
June Rodil - This pint-size, cute as a button sommelier has an ever growing list of awards and a resume to match.  June is always fashionable, knowledgeable, and always super sharp.
Tim Schwartz - You'll recognize this Tim's face at many beer events.  He's probably the guy giving you a schooling on beer.  Like Garrett, he's educational, courteous, and likeable when he's enjoying is beverages. 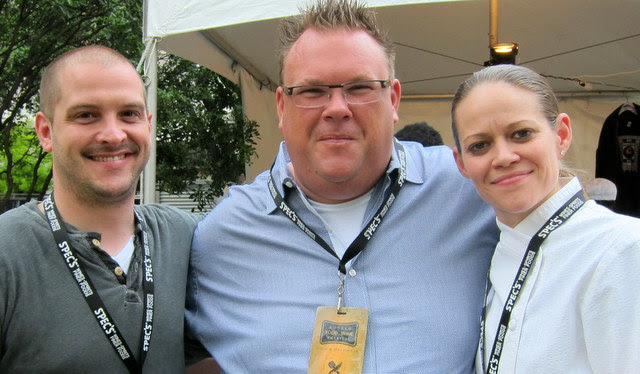 Jamie Zelko - I had the opportunity to interview Jamie at the Austin Food and Wine Festival in 2013, and I gotta say, she is one sharp knife.  Not only is Jamie incredibly talented, she and Dalia Zelko founded of the Heights Honeybee Project.  With the colony collapse disorder affecting crop pollination, Jamie and Dalia recognized the looming food supply problem.  The HHoneyBee-Project was founded to educate and create sustainable bee colonies.  Colonies that would be exterminated are re-locate them into hives where they might live happily ever after. All proceeds go back into the HHoneyBee, so that they can take on more hives, maintain them responsibly, ethically and continue to support the Wild Bee population.

Austin Hero: Charles Bloemsma, the executive chef at Green Pastures in South Austin, raises his own bees and makes his own honey.  He shared a bottle with me several years ago, and it was delicious with a floral aroma.  Also, if you get a chance, check out his brunch at Green Pastures.  Charles + any bread product = magical. 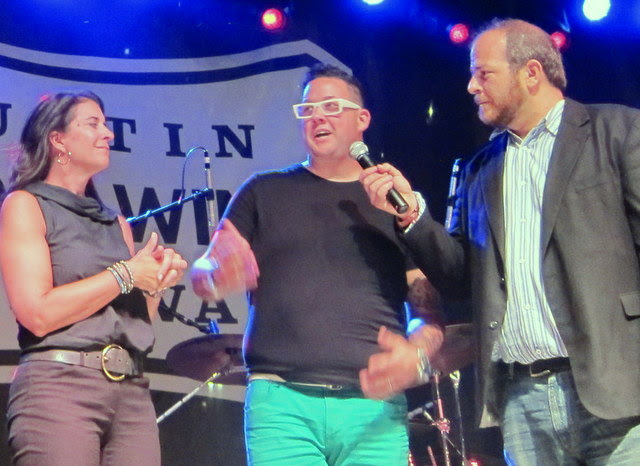 Graham Elliot lost 150 lbs in one year.  When I saw Graham, I nearly fell over in awe.  That is an amazing achievement, and it isn't easy to do when you're surrounded by fantastic food all the time.  Wowzers.  He's an inspiration.  Being in food doesn't you must always indulge to the max.  A healthy lifestyle is responsible and something to be proud of doing.


Austin Heros: Philly Speer, David Bull, Shawn Cirkiel, and Emmett Fox have started to leave more healthy lifestyles, or at least they share via social media they do.  Cheers to them for balancing great food with great workouts.
Posted by PookieSoup at 8:00 AM