Roadblocks to Fans and Followers: Ajzen's Theory of Planned Behavior

You might have guessed from my business cards and blog posts that I'm an avid QR code user.  While the technology isn't brand new and the adoption rate is still up in the air, I still urge people to use them.  The idea for this blog post began when I noticed that many businesses have the Twitter or Facebook logo in their advertising.  It looks something like this.   You might not think anything about it, but the social psychologist in me says "Why?" 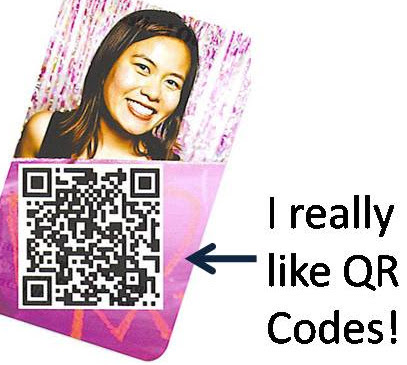 You see the name of the business and two widely and easily recognizable logo.  You might think "the business wants people to know that they are on Twitter and Facebook."  Even though smart phones and internet access 24/7 is a reality for many of us, having to look up someone's Twitter handle or to search for them on Facebook (I still think the Facebook iphone app is wonky) is cumbersome and a roadblock to adoption.

You might also think that having the Twitter and the Facebook logo on advertising assets is branding you as a tech hip business, but it is really branding for Twitter and Facebook.  You pasting their logos for free on your ads.  That's great for them, I'm sure.   If you've taken a social psychology course, you might have been exposed the Theory of Planned Behavior by Icek Ajzen.  According to Ajzen, planned behaviors such as planning to follow a brand on social media services goes through a series of complicated steps.  In a tiny nutshell, a person must endorse the behavior, the normative belief (perception of other people's beliefs) must endorse the behavior, and the person much also believe that the behavior is within his/her control.  Those are factors that feed into intention that may actually feed into executing the behavior. 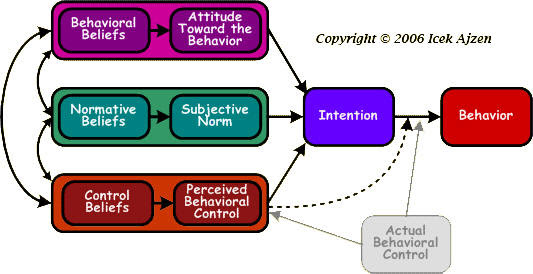 *Used with permission. Read up on the Theory of Planned Behavior here.

So, if only your brand name with a Twitter or Facebook logo appear on advertising, this process of getting people to follow you is complicated. Here's some examples I found in a magazine.  I personally find the logos in print to be frustrating.   I can't click the print advertising.  I can't double tap a newspaper to go to a URL. 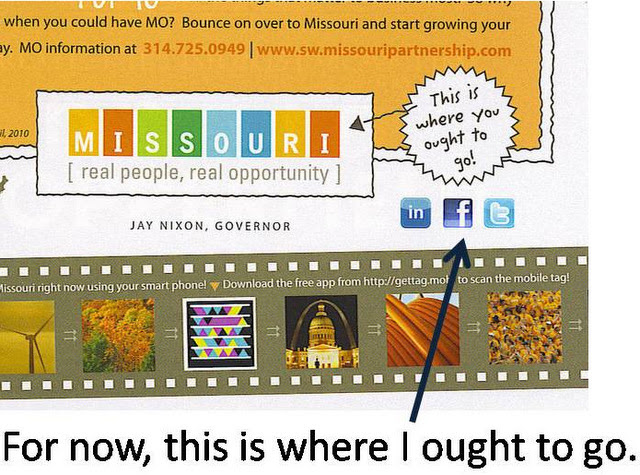 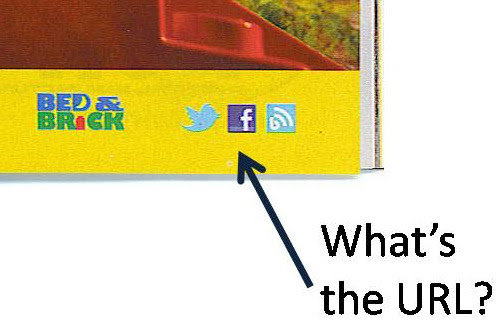 First, people have to notice it and intend on following you.  Then people have to go through the entire process of pulling out their phones, deciding whether or not use the appropriate app to search for your brand or to do a Google search for the link to your profile.  And then they have to actually find it.  Having a person go through the search process can be annoying, especially of the Twitter handle is nothing like the brand name or SEO for the brand name is pretty horrific.  If the person searching doesn't include the words "Twitter" or "Facebook" in the search, it can be an even more painful process.  After the search process, the people have to decide whether or not they like you.  If the search process was painful, they probably won't like you as much.  If the person has to remember to search for your profile on a desktop computer, the process becomes even longer. 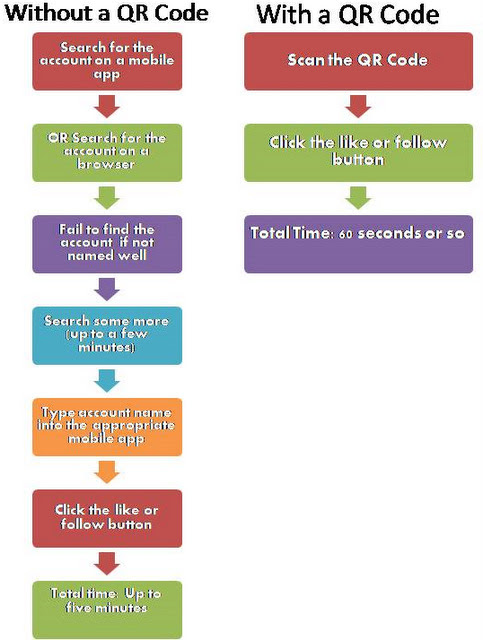 With a QR code (or even URL), many steps of the process that would have to go through Ajzen's Theory of Planned Behavior are cut out completely.   Here's some examples of better ways of integrating social media with print or non-digital advertising. 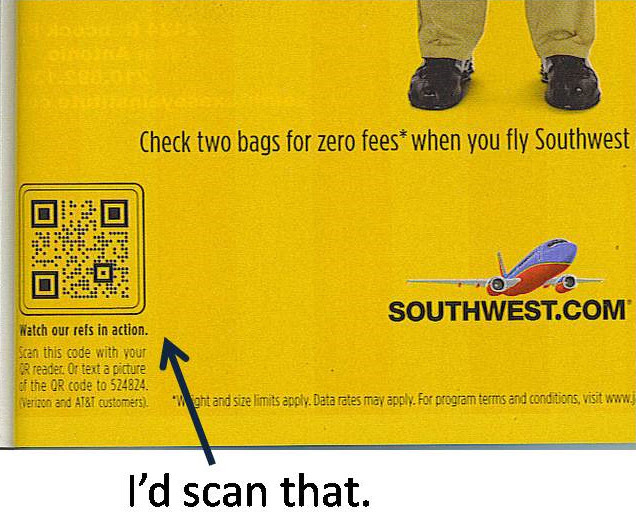 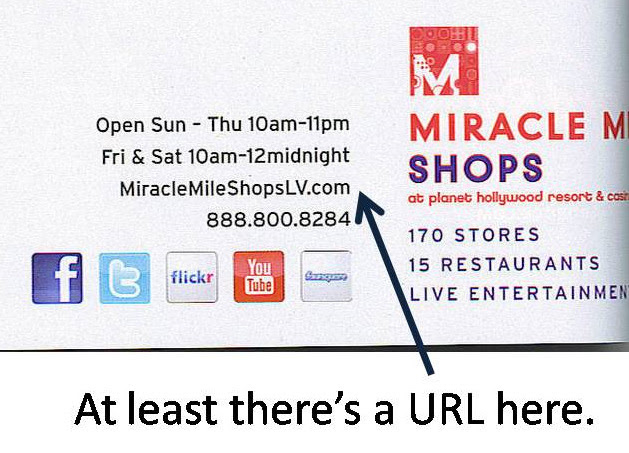 The take away message from this post is that there are already enough road blocks to desired behavior.  You can remove some of those roadblocks by giving your audience an easy way to find you on social media, even in traditional advertising.
Posted by PookieSoup at 8:02 PM