The Austin Food and Wine certainly has morphed from last year's feedback.  Major positive changes for layout and venue changes was a much needed. Not only did we lack the dust storms at Auditorium Shores, the festival grounds were also a bit smaller and cozier, in a good way.  There was enough space to walk, but enough excitement around to entertain. Additionally, the Grand Tasting Pavilion was set up in such a way that it never seems crowded even when it was open to all festival attendees. 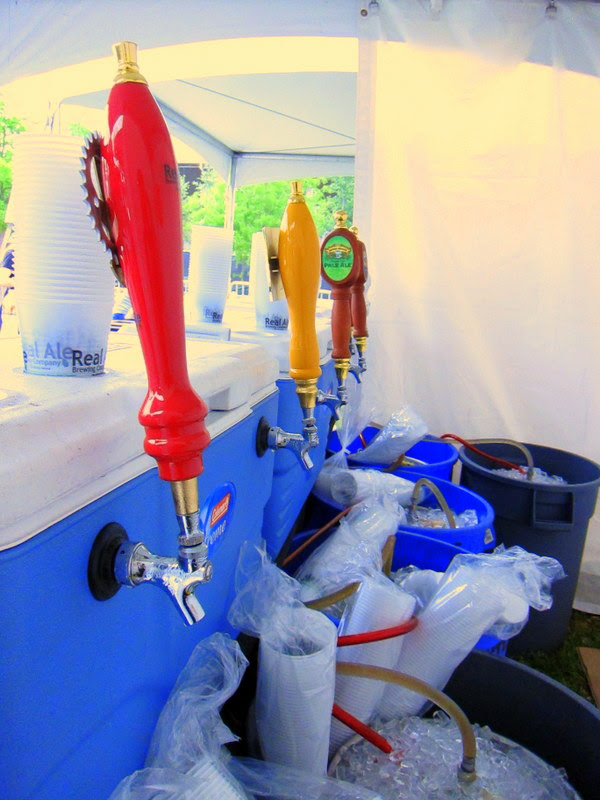 There were beers there too.  Wine, beer, we like it all. 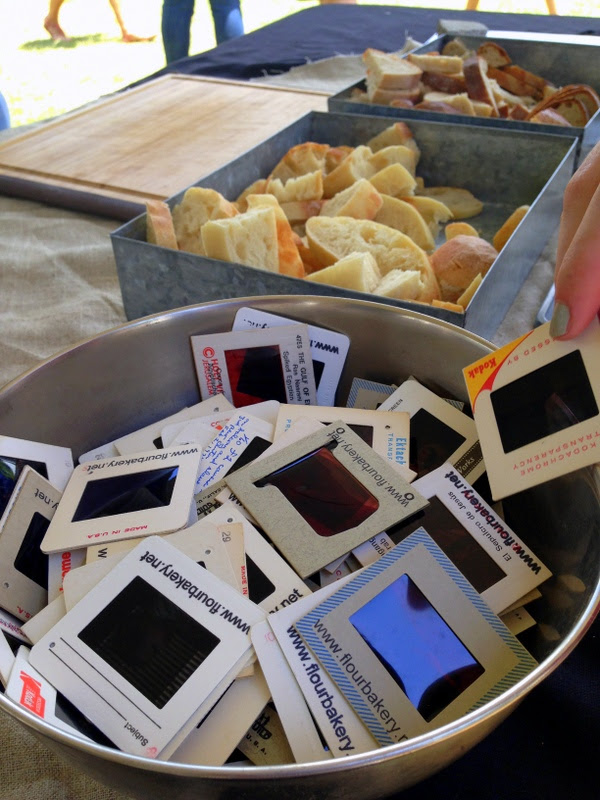 The Grand Tastings also featured Chef Showcases this year.  See some of the coolest business cards above.  Austin chefs rocked their dishes, which was a great added value over last years grand tastings.  Attendees were exposed to more foods, and local chefs could participate without having to tax too many resources. 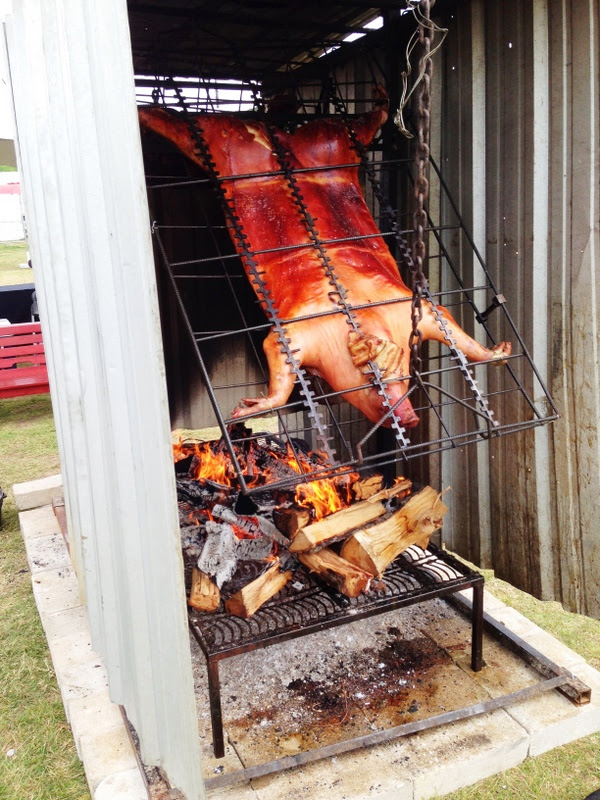 Another great addition was the fire pits in the center staffed by Jason Daddy and Tim Bryne's team on Saturday and Jack and Bryce Gilmore and Rene Ortiz's team on Sunday.  This allowed for attendees to taste foods outside of the demos and grand tasting.  This little piggy was prepared by Tim Bryne. 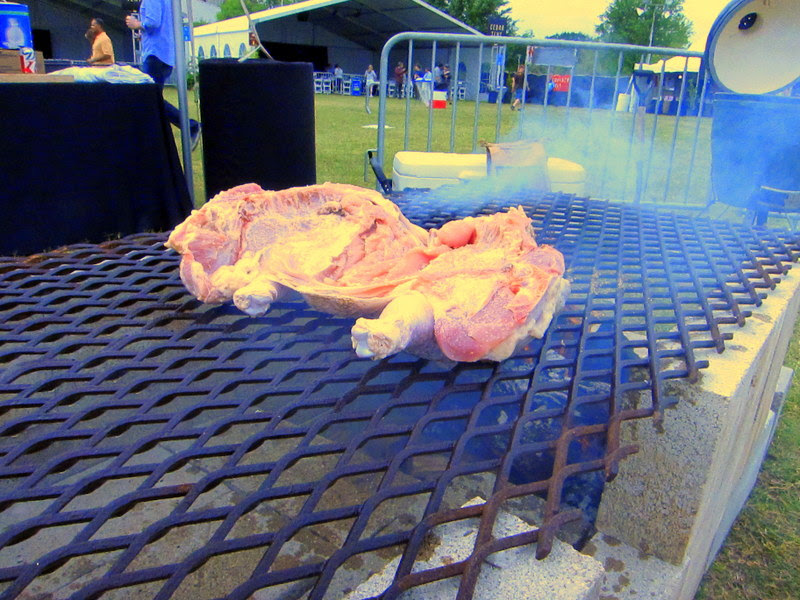 This little turkey is being roasted by Jack and Bryce Gilmore's team. 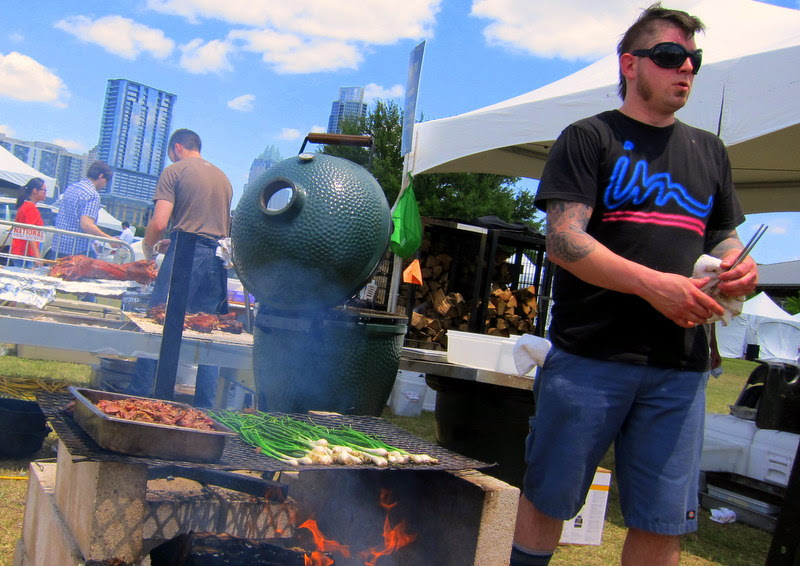 I'm on my way to the final day of the festival (I voice to texted this post) and I'm very excited to see what the weather this year was absolutely marvelous we were blessed with sunny skies and just little bit of rain at the very end of Saturday night.  Overall this weekend was a total success.  I'm leaving with many more friends and great memories. 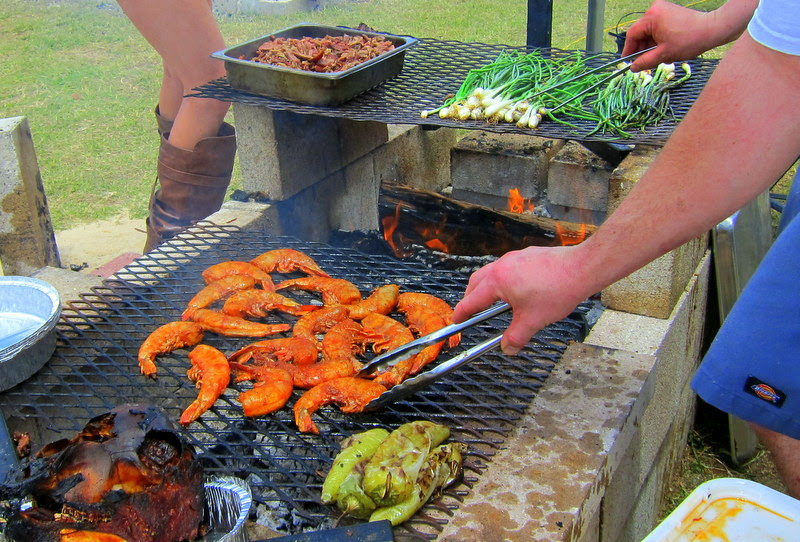 Those are some super jumbo shrimp by Bryce Gilmore of Barely Swine.
Posted by PookieSoup at 6:52 AM