Monday Morning. This is the second morning after the 2009 Great American Beer Festival held in Denver, and I'm still recovering from walking around for three days.  Wrapping up a great weekend is post number one of ten. Photos by John Knox.

First, I would like to thank GreatBrewers.com for inviting me out to GABF as their guest.  GreatBrewers.com is an online community of beer enthusiasts.  You can learn more about beers, post questions, read beer blogs, find beers, and sign up for events.  Look for future collaboration with GreatBrewers.com. 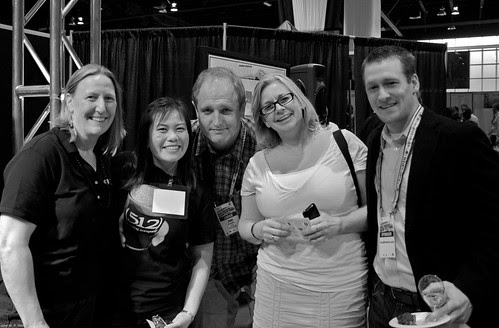 
Some new finds for me were Kuhnhenn Brewing, New Glarus Brewing, The Bruery, and Tommy Knockers.  None of these beers and soda are available in Texas as of yet, so it was my first time to try them. Kuhnhenn makes a deeply flavored Raspberry Eisbock (one of my new loves), and their 4th Dementia Old Ale won a Bronze Medal in Old or Strong Ales.  If I get my hands on that Raspberry Eisbock, it will turn into a raspberry mascarpone tart.  Plump raspberries in a tart beer syrup over a layer of creamy mascarpone in a crunchy ground almond buttery shell. Mmmm...... 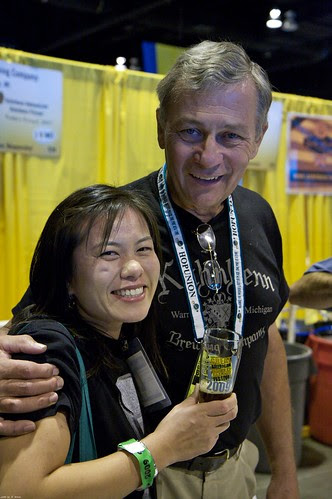 
New Glarus's Raspberry Tart and Belgium Red also hit the spot in my book.  That was fairly evident from the long, long, long line at their booth.  New Glarus took home two Bronze Medals for the Raspberry Tart in the Fruit beer or Field beer category and also for Totally Naked in the American-style Lager or Premium Lager category. These beers are perfect for pumping dried fruits for cakes and breads.  Anyone in WI want to send some down to TX?


The Bruery, a very new brewery in California, had some styles that caught my taste buds.  Their Autumn Maple is brewed with yams, cinnamon, nutmeg, allspice, vanilla, molasses and maple syrup.  This tasty combination has be thinking about sweet potato breads with raisin and walnuts and also a carrot cake french toast.  Oh whee! I just need to get my hands on that one to get the baking started.  More about this Bruery in a future post about the Cheeky Monk. 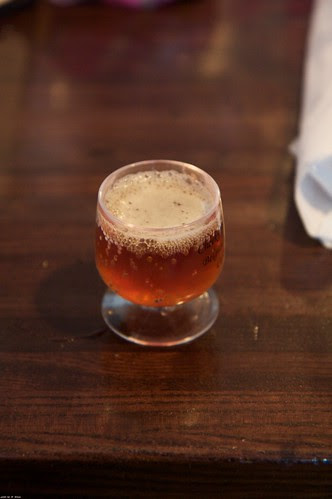 I didn't have any Tommy Knocker beers, but I did have their almond creme soda.  I must say, I'm a suckers for almond.  I loved it, even if is doesn't have yeast or hops.  It reminded me of an Asian almond drink, and it got me on comfort factor.

I want to send my congrats to two Texas Winners.  Uncle Billy's won a Gold for Hell in Keller in the Kellerbier/Zwickelbier category, and Saint Arnold's won a Gold for their Summer Pils in the Munich Style Helles.  Congrats to both local breweries! 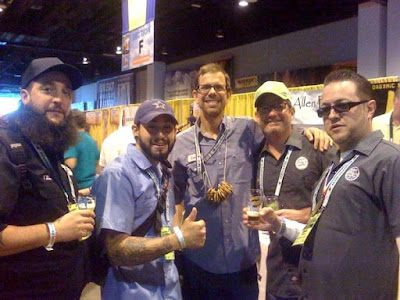 Uncle Billy's with their Gold (my iphone photo) 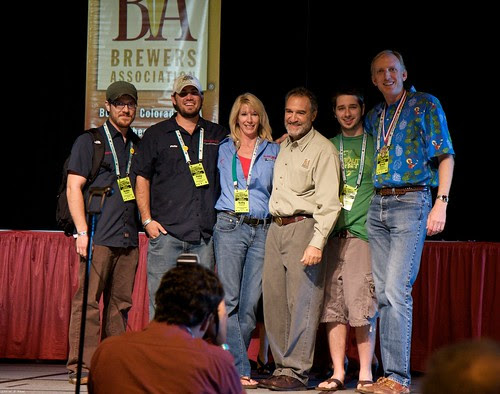