Love craft beers and love food? There are two events in Austin that you do not want to miss.  In every profession, there at least one or more respected paradigm mover.  In food, there's Julia Child.  She brought French cooking to America.  In dog training, there's Cesar Milan.  Regardless if you agree or disagree with Cesar's methods, there is no denying that Cesar Milan got dog owners thinking about dog behavior and interested in training their pets.  In beers and food pairings, that person is Garrett Oliver.  Until recently, food and wine dominated formal dinner tables, but The Brewmaster's Table changed that.  Beer dinners are now popping up all over the map, and Austin is no exception. 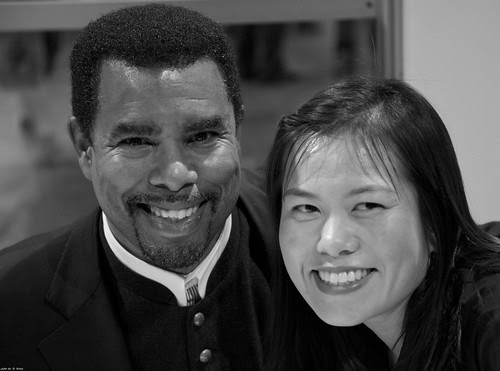 If you haven't started reading The Brewmaster's Table yet, start now.  Not only is the book chock full of beer information, it is very obvious that Garrett is an skilled chef and fantastic writer.  The book can make me hungry, thirsty, and laugh all in one paragraph.  Read what he writes about pork belly and smoked beers.  This man is passionate about real food and real beer.  Not only is the book information and entertaining, the first few sections describe how Garrett started in the beer, by following a passion he developed while tasting fine beers in Europe.  I have the utmost respect for people who find a passion, enjoys it, works at developing it, and spreads that joy (yes, beer is joy!) to others.  Austin is very lucky to have Garrett Oliver, award winning brewmaster of Brooklyn Brewery, to host two dinners in Austin.  He will also be hosting a tasting event at the Dixie Cup in Houston (their server is down, sorry), and Slow Food Austin will be hosting a cheese, honey, and beer tasting.

I recently visit Olivia when they had their first year anniversary and Bon Appetit celebration.  Bon Appetit named Olivia one of the top ten new restaurants in the United States.  Photos by John Knox. 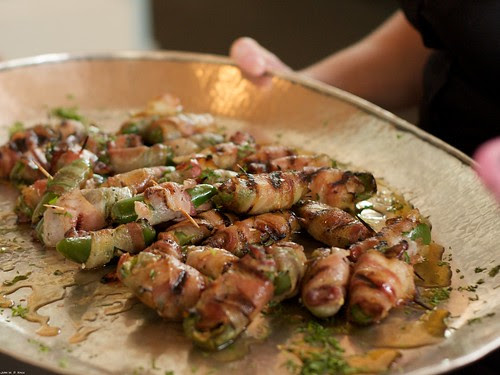 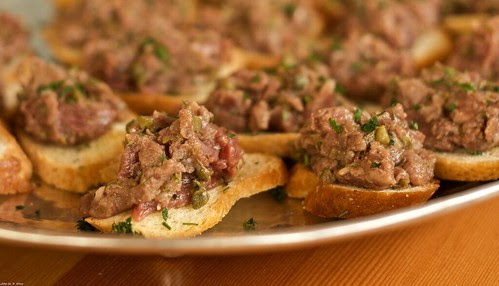 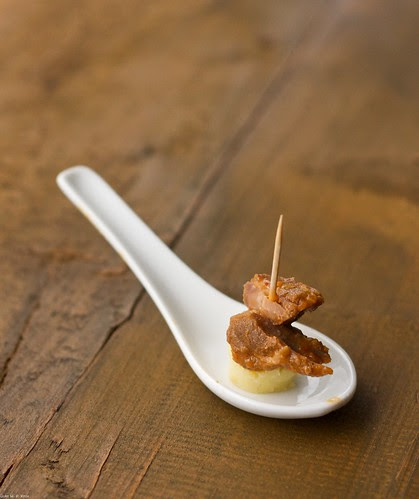 The Alamo Lake Creek is pleased to announce our latest beer tasting event featuring Brooklyn Brewery from Brooklyn (duh), New York. The night will feature a multi-course meal paired with many of the fine Brooklyn beer offerings. We are very lucky to have the man himself, Head Brewmaster at Brooklyn, and author of The Brewmaster's Table: Discovering the Pleasures of Real Beer with Real Food, Mr. Garrett Oliver. Garrett will be in attendance to describe the brewing process and answer all of your questions while presenting each food and beer course. Get your tickets now, while they are still available!

The Menu will include:


Also, in Houston, the Garrett Oliver will also be having a food and beer tasting at the Dixie Cup.  Details are still TBA as their server is down, but I do have the menu.

In the United States, the sale of raw milk cheeses that are aged less than 60 days is illegal. Fortunately, Slow Food’s Presidia program is working to protect this delectable artisan food, and at the recent Cheese 2009 event in Bra, Italy, Slow Food focused on pairing beer with cheese.

At this first annual fundraiser for Slow Food Austin you will enjoy an evening of unique flavors, meet some of their producers and mingle with other Austinites who share a passion for slow food.

And don’t plan on leaving empty-handed. Our silent auction is chock full of Austin’s most delicious and quaffable goodies, as well as unforgettable culinary experiences. Tour the Austin Farmer’s Market with a local expert, then have dinner cooked at your house using the market’s most mouthwatering offerings. Join a CSA. Expand your culinary skills with lessons from a local chef. Leave Barr Mansion with your arms laden with premier wines, gift certificates to your favorite local merchants, and organic taste treats. Featuring Austin Wine Merchant, Thai Fresh, Wine Styles, Edible Austin, Green Gate Farm and many more, this silent auction will be the most delectable in Austin’s history.

Posted by PookieSoup at 3:06 PM