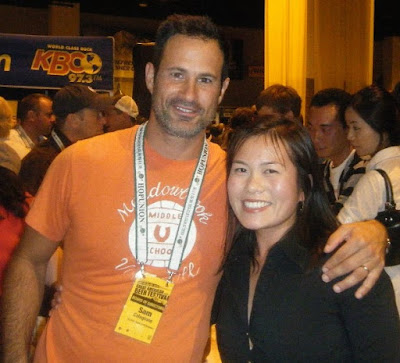 If you happened to catch me at the Great American Beer Festival, you might have gotten a little package with several treats. One of them happens to be Dog Fish Head's Punkin Beer bread.  Since I used Dog Fish Head's beer, I felt that the brewer deserved a loaf of this scrumptious bread.  I had the great pleasure of meeting Sam Calagione at the Great American Beer Festival 2009 to pass on some bread, and in return, I received a tee shirt.  Woohoo!  It is unbelievable how many people stop me to talk about beer when they see me wearing the shirt.  The recipe follows below. 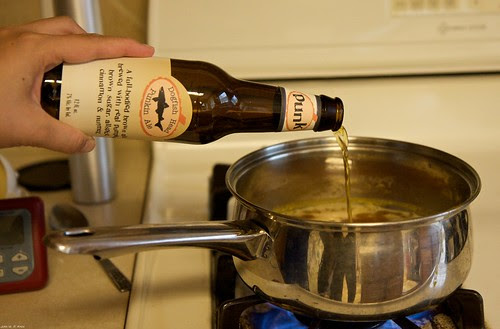 Warm beer and butter in glass measuring cup in the microwave or the stove top to 120°F to 130°F. Be very precise on the temperature as it is important to get the yeast activated.  Too hot will kill the yeast.  Pour into bowl of stand mixer fitted with hook attachment. Add 1 cup flour, sugar, malt extract, egg, yeast, pumpkin, cinnamon, nutmeg, and salt. Mix for 3 minutes, occasionally to scrape down sides of bowl. Add the remaining flour. Stir on low until flour is absorbed and dough is sticky, scraping down sides of bowl. The dough will get tougher and tougher for the mixer to move.  If dough is very sticky, add more flour by tablespoonfuls until dough begins to form ball and pulls away from sides of bowl. Turn dough out onto lightly floured work surface. Knead until smooth and elastic, adding more flour if sticky, about 8 minutes. Form into ball.

Lightly oil large bowl with nonstick spray. Transfer dough to bowl, turning to coat. Cover bowl with plastic wrap, then kitchen towel. Let dough rise in warm draft-free area until doubled in volume, about 2 hours (4 hours if you regular active yeast).  If it is larger than double, that's okay, just punch it down more on the next step.   Turn dough out onto lightly flour work surface and knead again. Mix in dried fruit, nuts, or chocolate at this point if you like. I like this bread with dried cranberries or raisins.  Walnuts are also awesome.  Split dough in half if making two smaller loaves.  Split again as this will make 4 small loaves total.  You can also make it 2 large loaves.  Shape the bread slightly, and place in lightly greased baking pan.  Allow to rise covered with plastic wrap in a warm draft-free place for at least 40 minutes.  Bake at 350 degrees for 30-40 minutes.  The bread will be done once the internal temperature reaches 205-210 degrees. Allow to cool enough to eat. You may butter the top as it cools. Be patient.  The smell is intoxicating, but you must wait or else you'll burn yourself. 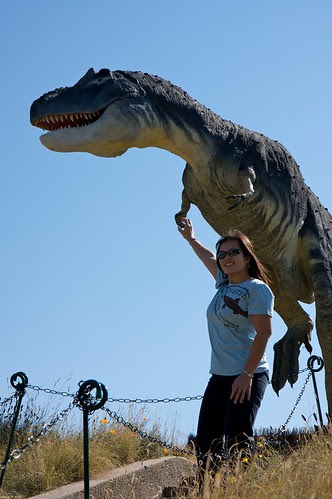 Posted by PookieSoup at 2:15 PM