I was waiting on some information before I finished writing up my GABF posts. I have it in my email box, so let's finish up the last of GABF 2009!

Here's some photos from the Schmaltz Brewery and Food pairing. Four delicious beers were paired with some delicious meats. One of the meats was a tongue of sorts, I think. At least that's what I was told. One of the meats was a hot dog - made with Kobe beef. It was the first hot dog I've eaten in over a decade, and I'm glad that it was good. No need to break my hot dog boycott for a mediocre hot dog. It was awesome. 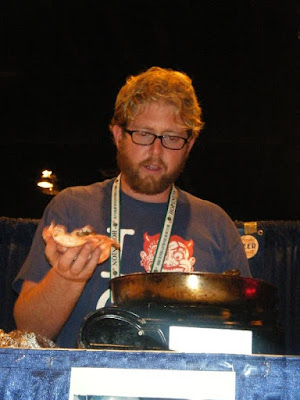 Cooking before the show begins. 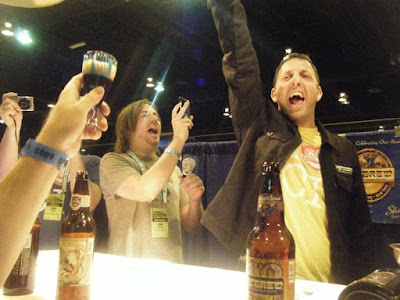 And what's beer without a joyful toast? 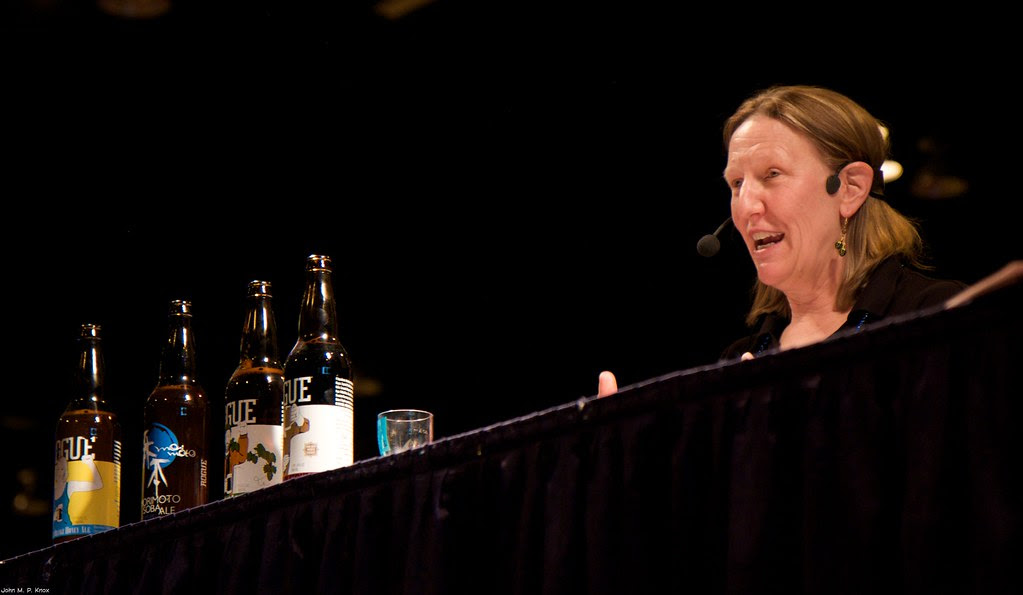 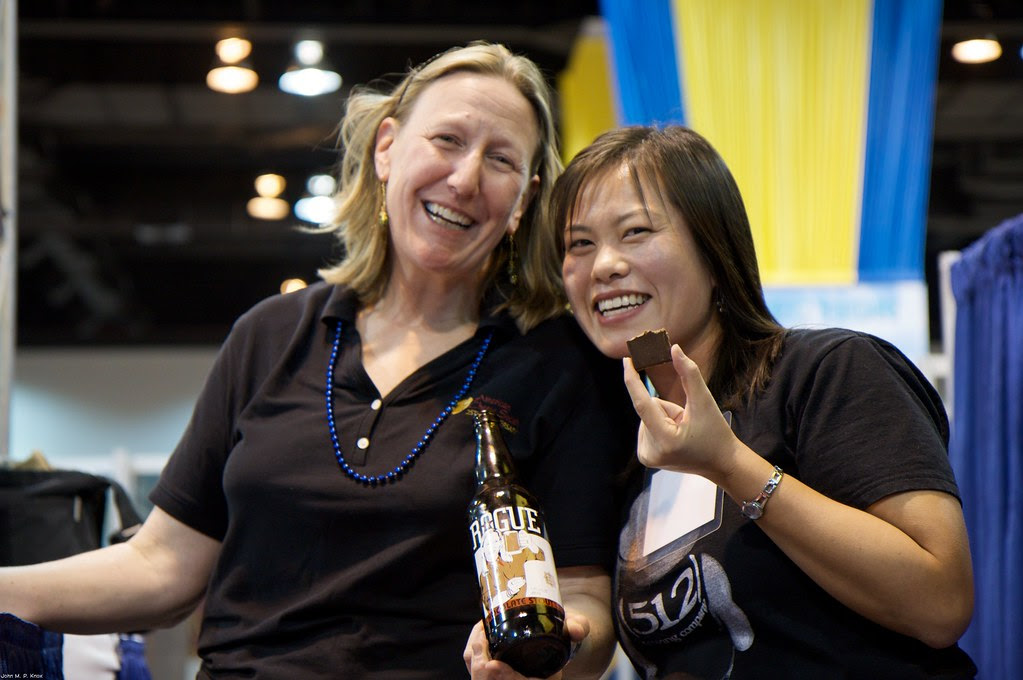 Chocolate and Beer with Sebbie.  There's a reason why I'm so giddy! 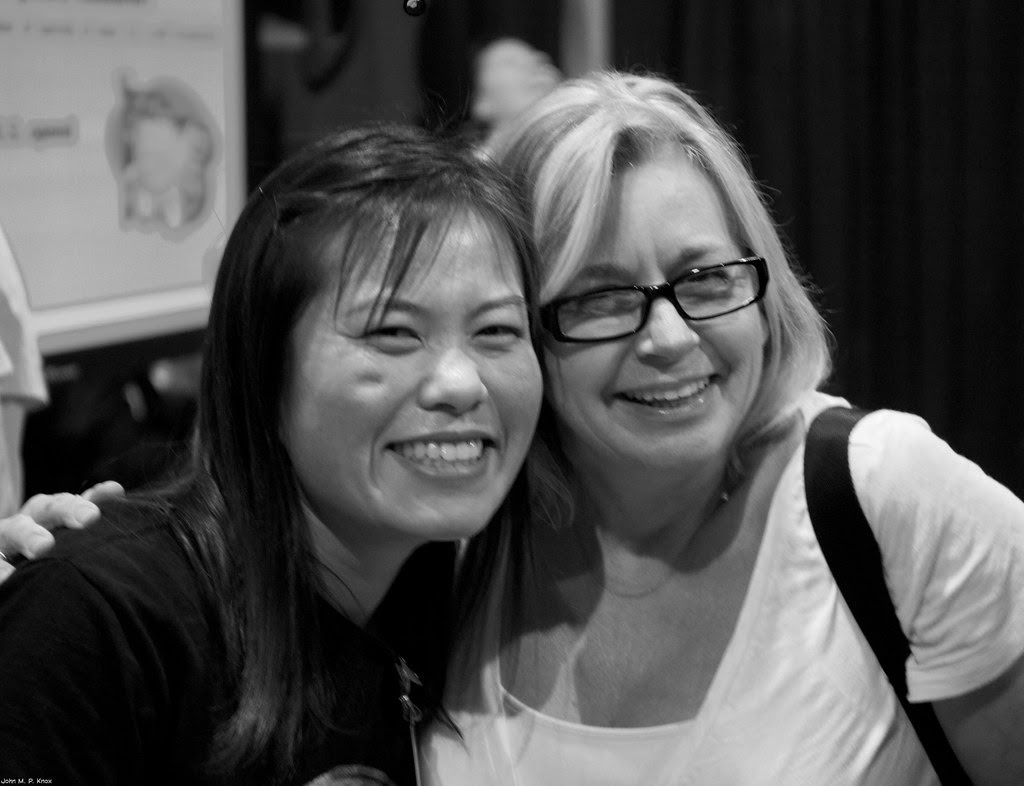 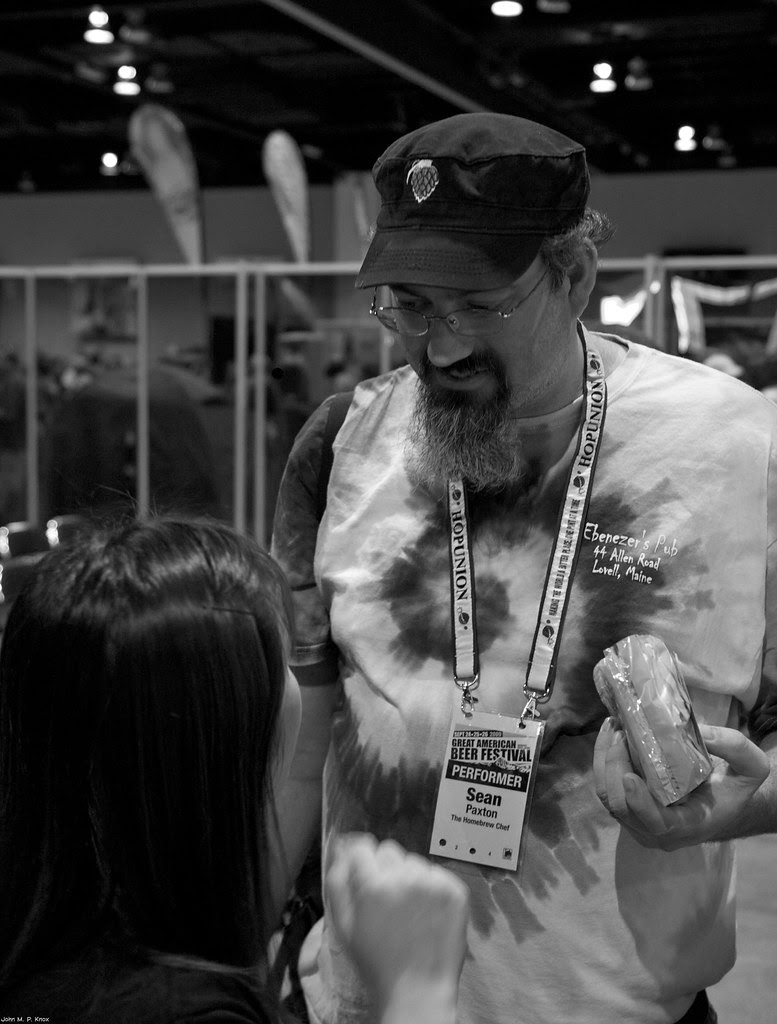 Posted by PookieSoup at 3:14 PM